Sylvaneth Alarielle and Wardroth Beetle Base

As soon as I completed the Wardroth Beetle I turned my attention to the base. I wanted to complete the base before moving on to Alarielle herself. 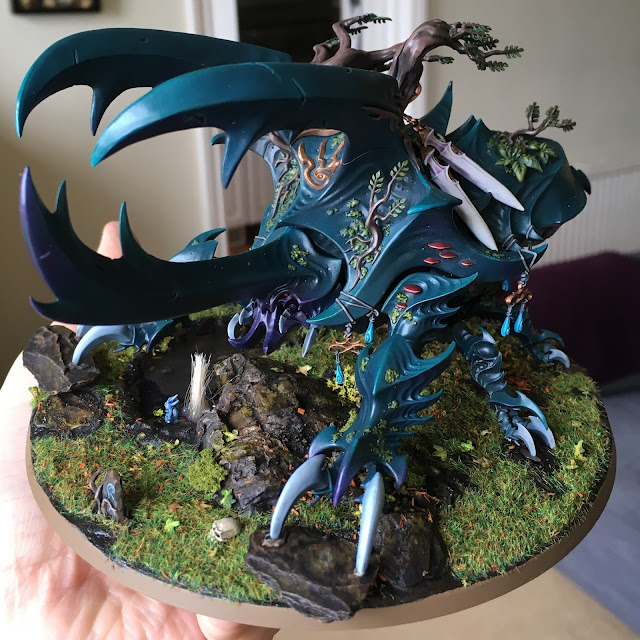 I was super excited to do the base as it gave me the chance to get more experience with lots of scenery building techniques which I've been picking up via YouTube. So, lets go through the design and steps involved in achieving the design!
As mentioned, I wanted to test out a few scenery techniques. Primarily these were:
·        using Scultamould,
·        using Rocks cast from Woodland scenics moulds,
·        Painting the rocks with the leopard spot techniques,
·        Using clear resin for a water pool,
·        Applying LukesAPS woodland floor scatter flock.
I learnt many of the above technique watching Lukes APS videos, check out his channel here.

First of all, I wanted to raise the Beetle up a little bit so the plaster cast rock had enough clearance under the model. After that had been finalised, I cracked open the sculptamould! 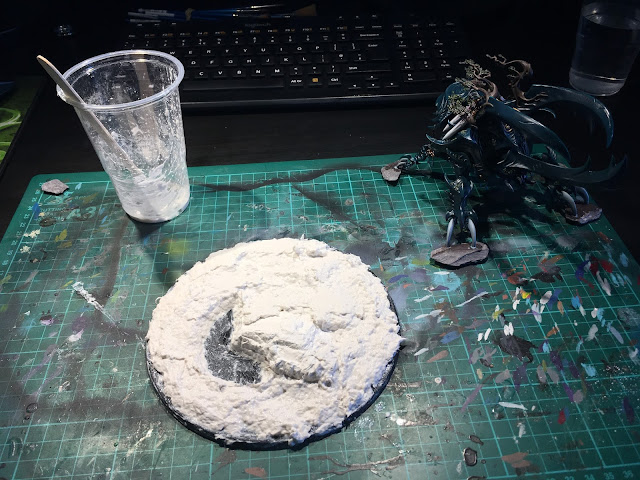 Once the sculptamould had been on the base for 5-10 minutes or so, I used a wet finger to smooth out the material. 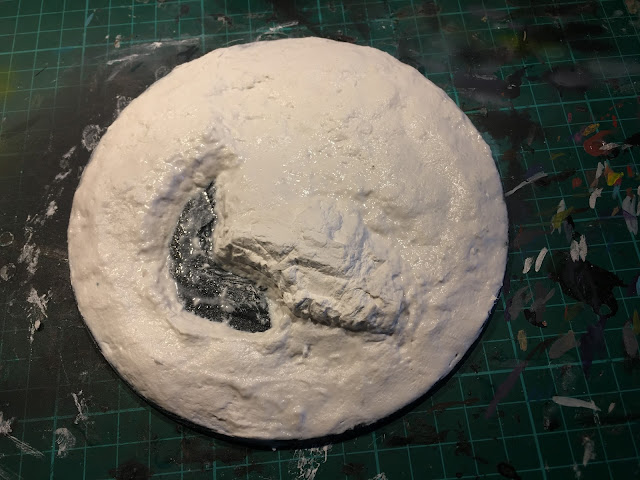 I didn't seem to take any photos for much of the build, so let me cover the steps taken. Before the scultamould dried and became hard I added various little details like the tree stump, various larger rocks and root details. I then added various size rocks and sands and glued them into place with superglue. After that stage, I began the painting! I airbrushed the entire base with Vallejo Black Primer. Then, I painted the rocks with the leopard stop technique and the soil with a cheap Hobbycraft brown paint.

Then it was time to add the static grass and other texture... First of all, I coated the base with PVA and applied some Warlord Autumn Static Grass. Then I stuck some clump foliage, lichen and daffodil flowers with PVA. Then I sprinkled on some LukesAPS forest ground cover clock and finally some green leaf folliage. to seal these layers I applied multiple coats of watered down PVA and Isopropyl alcohol. The picture below is at this stage - if you look closely you can see how soaked the static grass is! 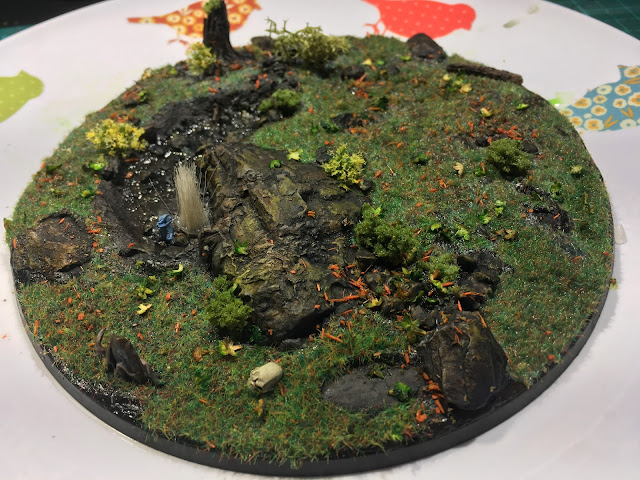 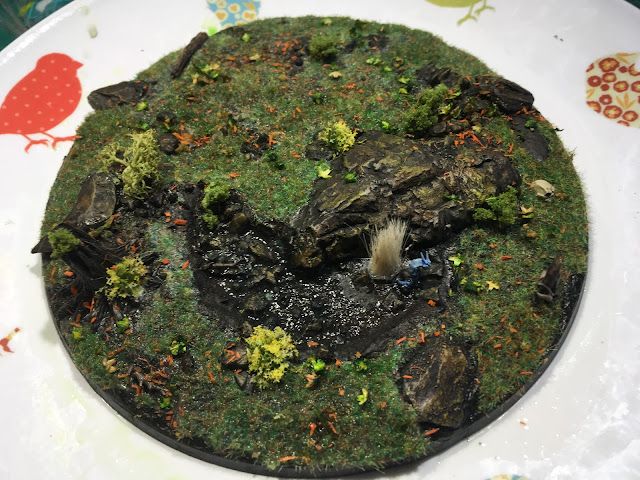 The final step was to add the Woodlands Scenics Realistic Water effects. This photo was taken after the first pour of resin. It took 3 pours to get the level I wanted. I think I could have done it in less, however, I didn't want to overdo it and ruin the base. 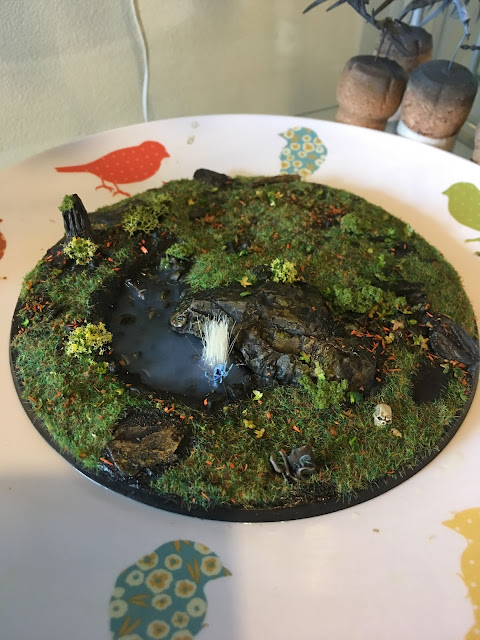