My Progress So Far

Considering that on the 1st December 2013 I had only 1 single Tactical Squad completed, I am very happy with the number of units I can now present which are fully painted. Next up is my 2nd Dreadnought, Assault Marines, Drop Pod and then on to Centurions, Sternguard, 3rd Tactical Squad... and the list goes on!

If I can continue at this rate I could be looking at having my entire army fully painted by March/April time! Just in time for moving on to something different. Orks maybe?
Email ThisBlogThis!Share to TwitterShare to FacebookShare to Pinterest
Labels: 40k, light knights, space marines


I know this Space Marine was released back in 2011 but I was surfing YouTube the other day and came across this first impression video published by the wonderful TotalBiscuit. I remember watching this upon its release and being very impressed by the game... and I did later pick it up. Anyway, I do love this video and so I figured I would post about it in case anyone who reads this blog has missed out on such a great vid.


Its very unusual for TB to be so 'fanboyish' and I think you can really visualize the glee on his face as he plays through the demo. 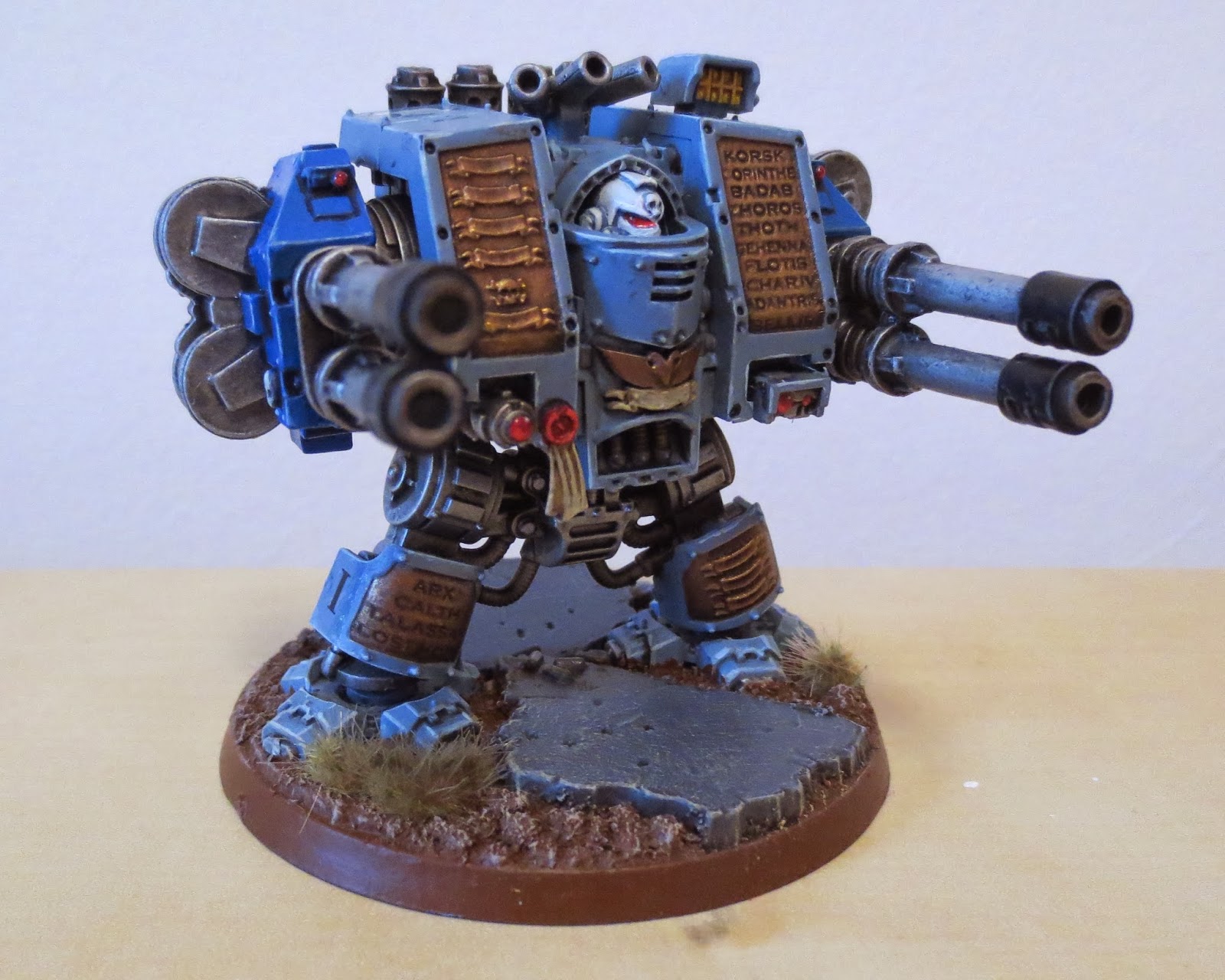 I'm yet to be convinced that the 'rifleman' load out (2 x twin linked Auto-cannons) is viable in 6th... and especially against Chaos (who I battle most regularly) however for fluff centred lists which I tend to go for, it certainly has a place so I will continue to experiment while I paint up the further weapon options.
Email ThisBlogThis!Share to TwitterShare to FacebookShare to Pinterest
Labels: 40k, dreadnought, light knights, space marines

Back in March '13 my chum Bob (who has his own 40K blog - linked to on the right hand panel) very kindly donated a load of his old Marines and this Rhino model was the first which I re-painted in my chapter colour scheme. 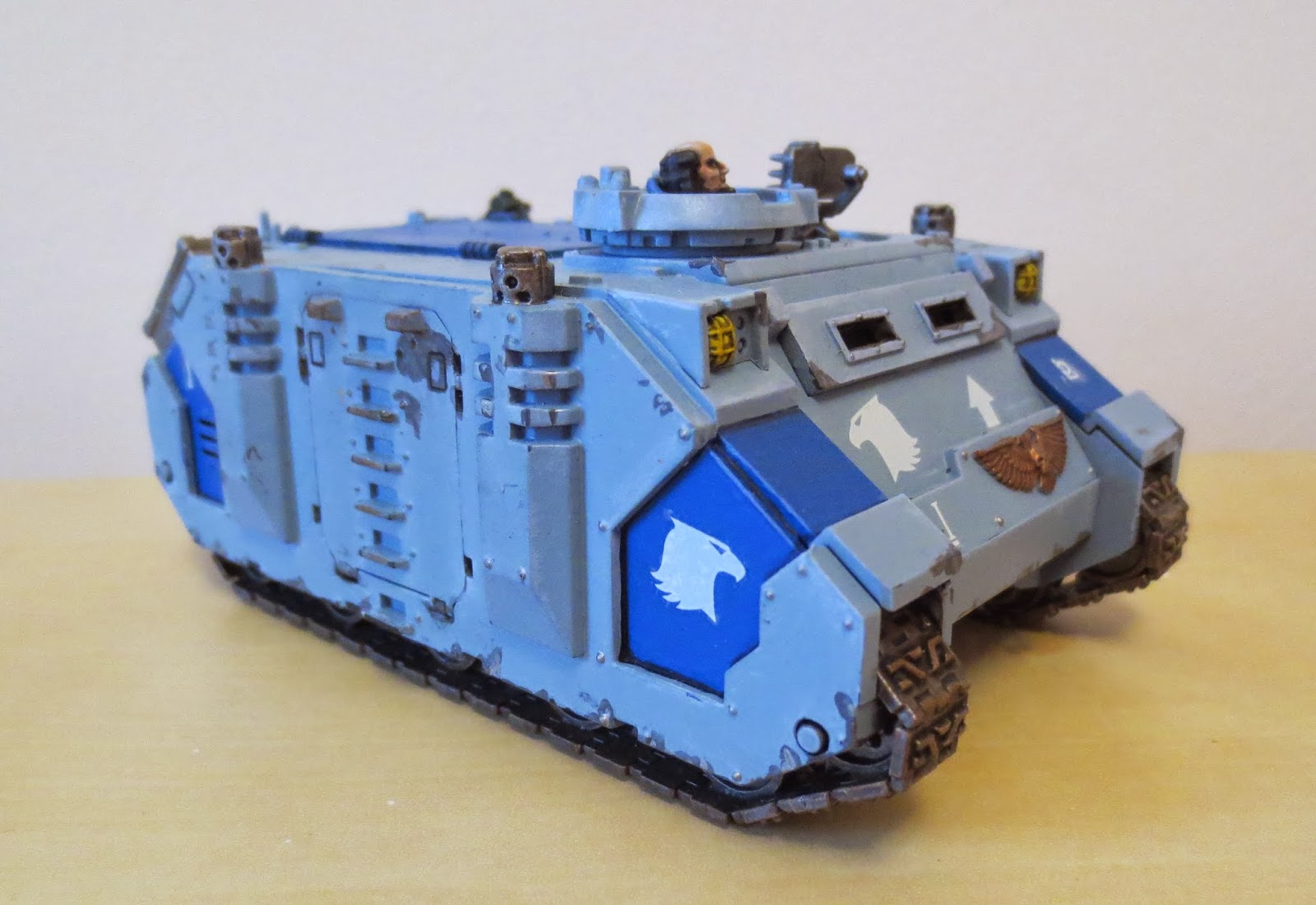 As mentioned in my previous post; I do enjoy marking up my unit authentically and so this is the 1st Rhino of the Light Knights 2nd Company. The unit is curre

As I painted this model fairly early on in the development of the colour scheme it is actually painted in Fenrisian Grey as opposed to Russ Grey (with Fenrisian Grey being the first highlight layer). Thankfully it doesn't look out of place among my painted units so I'm planning on leaving it as is.. with the hope that no-one will notice! 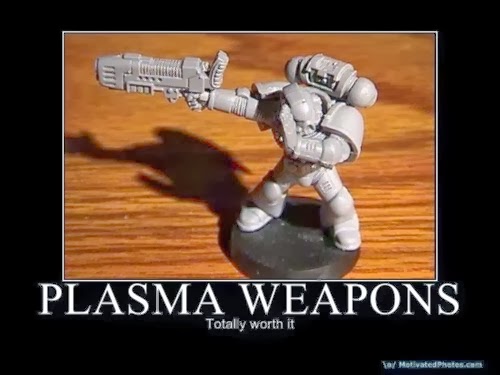 As this is was my first completed unit I am very happy with how they turned out- especially the sergeants robes! I also had to remove the Dark Angels chapter symbol from the models as it is molded into the cast for these guys. After a few cuts I managed to remove the symbols and cover up any messy knife work with my Raptor chapter symbol which I am using for my home-brew chapter.
Email ThisBlogThis!Share to TwitterShare to FacebookShare to Pinterest
Labels: 40k, light knights, space marines, Tactical Marines

This is the Light Knights Tactical Squad (2nd Company, 2nd Squad) with Melta Gun and Missile Launcher. This unit shows off the chapter colour scheme well- along with the decals which I have chosen to use for my army (Forgeworld Raptor Chapter). The '2' which I have added to the left knee pad represents the marking for the company whilst I have used the appropriate marking on the right shoulder pad to depict that this is the 2nd tactical squad.

I do enjoy organizing my army and adding decals in order to make the army feel a lot more like a 'real' fighting force. My Rhinos are paired with tactical squads and so also gave the relevant markings!

I currently gave 3 tactical squads- squad 1 is done so next up will be squad 3. This will be painted using my new airbrush so I'm interested to see how they will turn out, watch this space for more updates soon :)

I do enjoy a sneaky Scout squad. They are very versatile and I do love the models! These were the first models I picked up alongside those in the Dark Vengeance boxed set. It has taken me the best part of 6 months to complete the squad but I am happy with the result. 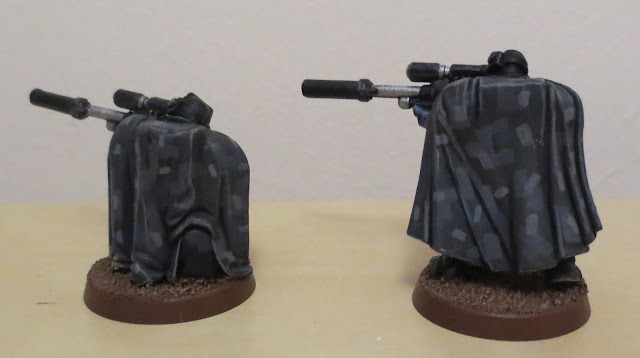 I followed the pattern guide in the How to Paint: Ultramarines digital book which I picked up on the iPad. The scheme is pretty simple but the bit I like the most is the camo cloaks! These guys look awesome with there urban style pattern - I just hope the cloaks don't mean they get forgotten about during any future battles!
Email ThisBlogThis!Share to TwitterShare to FacebookShare to Pinterest
Labels: 40k, light knights, Scouts, space marines 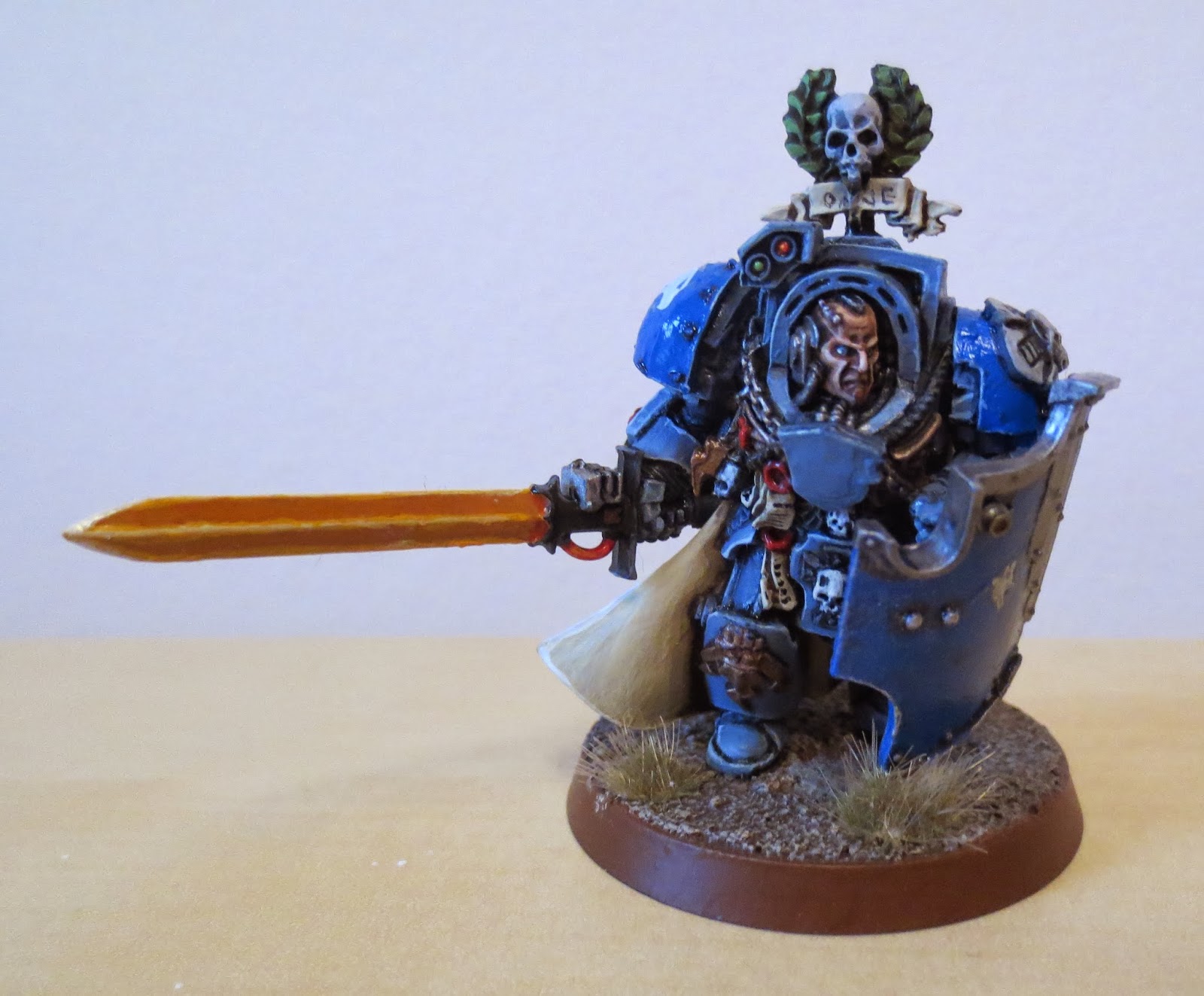 I am happy with how he has come out considering the relatively few hours painting i have gotten under my belt recently. I painted the sword using the guide on painting gems in the Lizardmen edition of white dwarf. the goal was to create a sword which looks how i would imagine the 'Burning Blade' Chapter Relic would appear however I do not use this weapon as I play the model as Lysander. 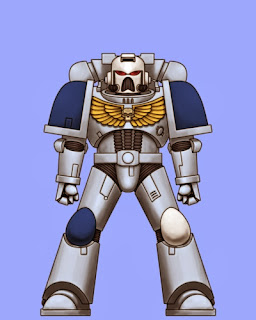 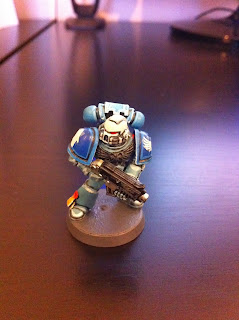 In my next post I will begin to cover the units which i have currently painted- my Lysander conversion, scout squad and tactical squads. I will also mix these up a little with some more LK chapter fluff.
Email ThisBlogThis!Share to TwitterShare to FacebookShare to Pinterest
Labels: 40k, light knights, space marines

I started playing 40K back in the early nineties after being introduced to Space Crusade/Advanced Space Crusade. I also enjoyed Blood Bowl & Warhammer Quest, but it was the grim darkness of the 41st Millennium and my sanguine Blood Angel Space Marine army which was my first love. After collecting the army, and playing truly epic, or as one would call it these days, Apocalyptic si\ed battles which would last over the course of a weekend I left the hobby and sold my army around 1997 when I needed to increase my 'Beer Fund'. 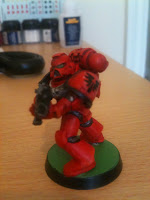 Fast forward to January 2013 and my interest in video gaming (which had been all consuming since I left the hobby 15 years previously) was waning. After hearing that a close friend was getting back in to the hobby I figured I would dip my toe back in.

12 months later I can happily report that I am well and truly hooked, and probably to a greater degree than the first time I used to get my little soldiers out as a teenager. My main problem though has been the progress of my painting. I have built up a 3000 point (ish) Space Marine and Grey Knight army. This is a home brew Chapter built on fluff relating to the Light Knights Gaming Community which I founded and led until 6 months ago. Having gone though a lot of changes in my personal life and spending a lot of time at work, I have been unable to churn out the units at a speed which i would like. I want this blog to a provide an extra motivating factor to get units painted, to also log the development of this army (and any future ones!) and to hopefully depict the improvements I make in my technique and ability.

So, on with the show