As I mentioned in a previous post, I ordered some Tempestus Scion heads for use on the Land Speeder Storm model I am currently building. These arrived this afternoon so this post covers what they look like 'in situ'. I haven't yet completed removing all of flash and mould lines so please excuse the messy plastic work in these close up photos. I hope you agree that they look pretty awesome and really do add to the aesthetic I'm trying to achieve with unit/model. 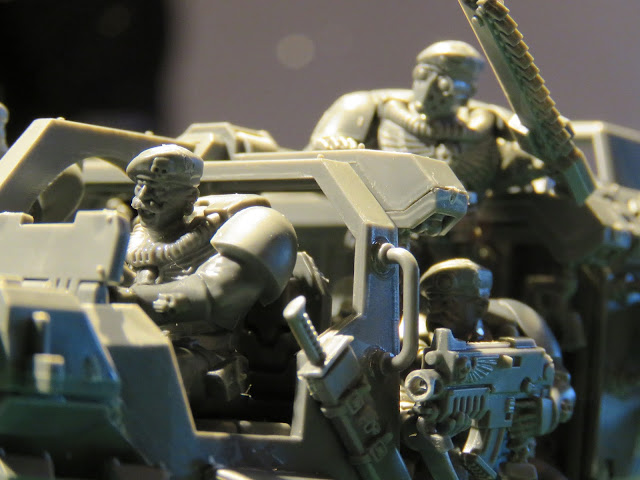 Todays post covers another current 'work in progress'. This Land Speeder Storm model was my purchase from GW Barcelona store (link to my original post about visiting GW Barcelona here) a couple of years ago. I always wanted to pick up one of these so when faced with choosing something buy from the Barcelona store which wasnt too expensive and could easily be transported home, this was my choice. 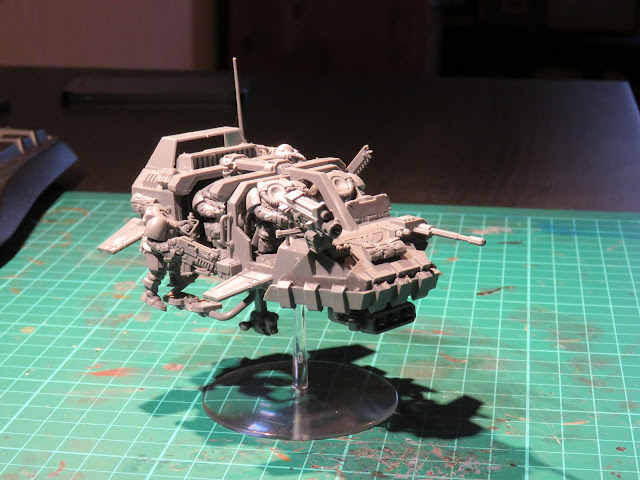 So far, as you can see, the model is fully built aside from heads on the Scouts. Why is this you may ask? Well, the traditional GW scout heads look rather rubbish (in my opinion) and after spotting a scout model with an Tempestus Scion 'Beret' Head used (photo below) I knew that was the way I wanted to go. I think the head with Beret gives each scout a realistic military, Second World War S.A.S. vibe, which suits the Land Speeder Storm unit brilliantly. 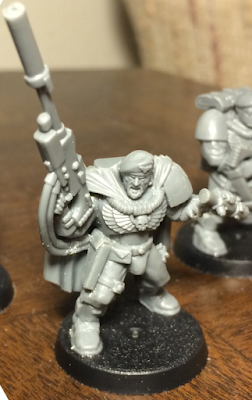 Trying to push this a little further, I added as many little extra bitz/details onto the hull of the Land Speeder as I could. My goal is to recreate a 40k equivalent to the famous SAS Land Rover as seen below. 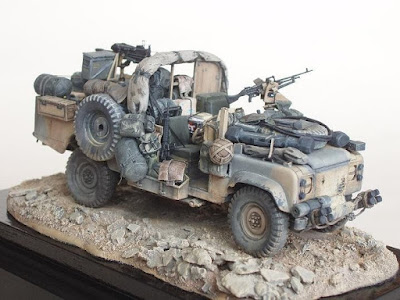 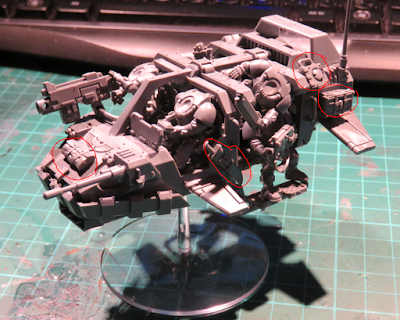 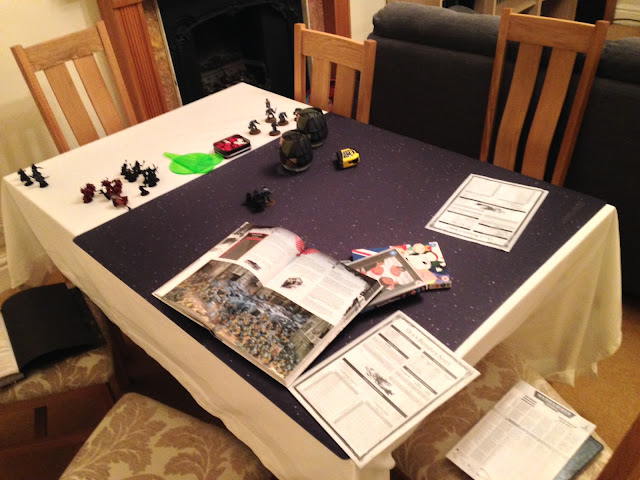 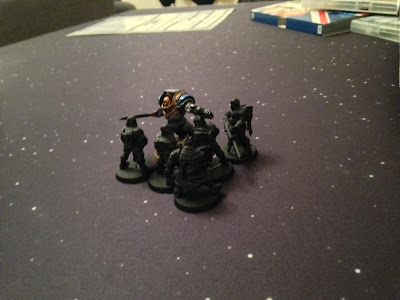 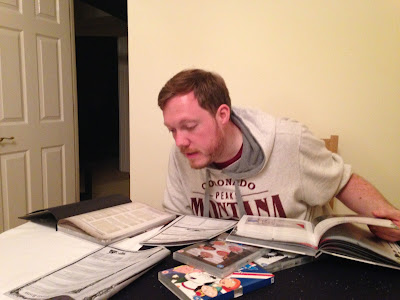 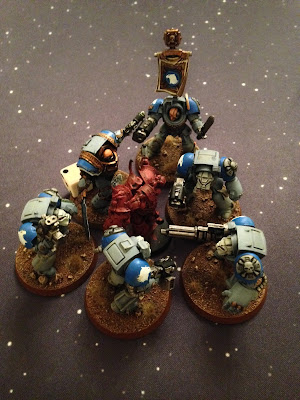 The early promise that this model would turn out to be my best didn't quite pan out. I'm still happy with the end result; I just didn't quite nail it. 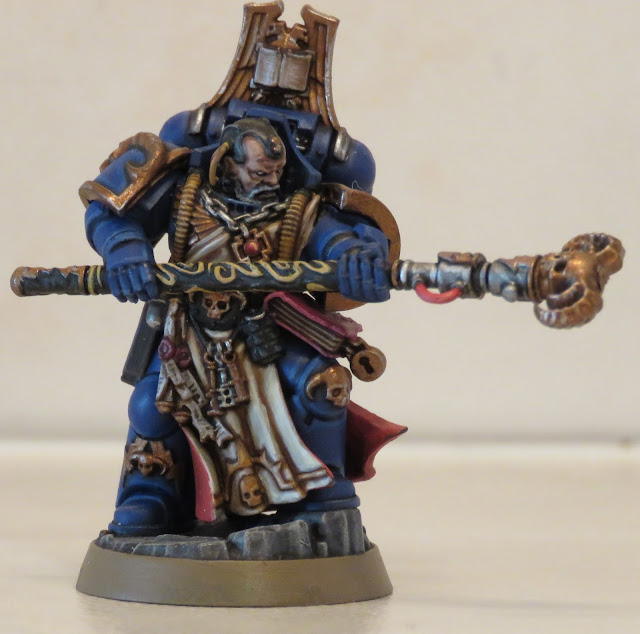 Today it's time for a 'WIP' post covering my Librarian. This guy is shaping up to be the model I have painted to the highest standard yet. I initially base coated with Macragge Blue with my airbrush and worked on each base coat before applying careful washes of Agrax Earth Shade, Nuln Oil and Reikland Fleshshade to each element. I am most pleased with the detail on the staff. The swirly line is probably the finest detail I have attempted to paint yet and so far it looks great!

I will continue to work on this model during the week and aim to have completed the paint job by the weekend. 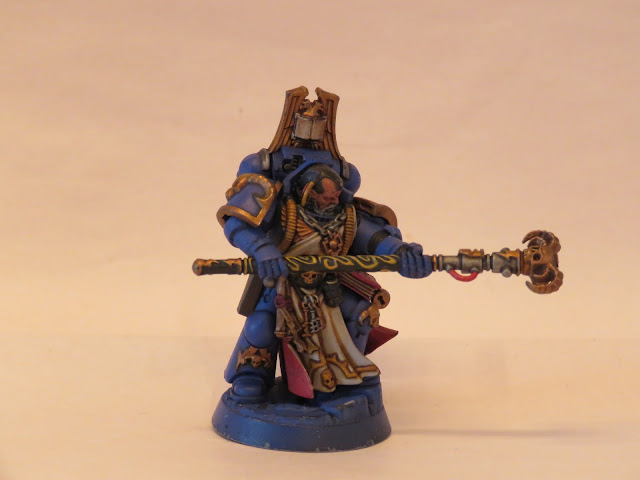 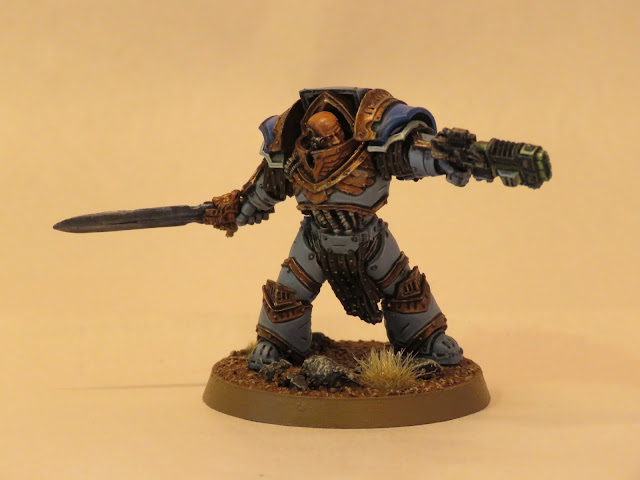