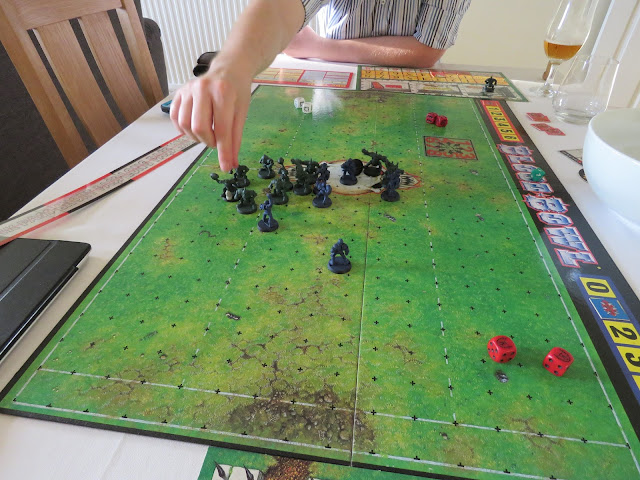 I haven't completely settled on which colour I will go with for my Blood Angels although I'm leaning towards the 'urban' Astrogranite/Longbeard Grey combination. I'm also not entirely certain whether I will use the texture paints as I found them quite hard to apply. no matter that decision, it has been very useful to built this suite of test bases. No matter which style I choose for the BAs, I will retain these testers for any future projects. 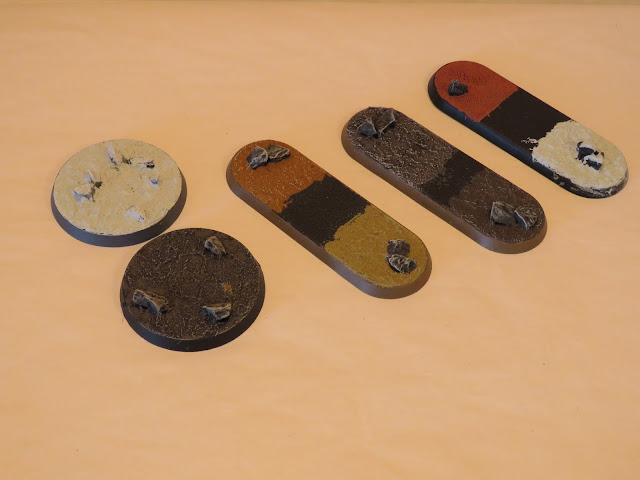 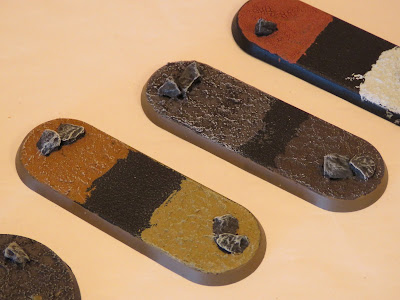 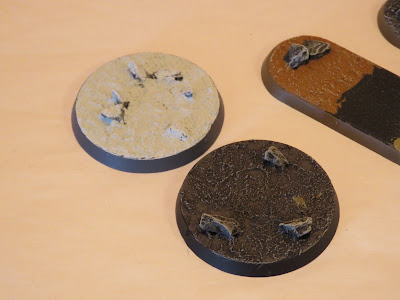 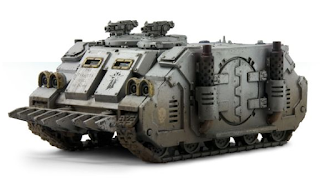 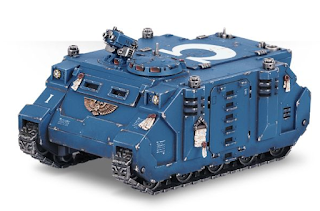 It's going to be a little while until I can start this project without distraction as I want to complete my Space Marine Army first but I now have a solid list to which I can use to direct my hobbying activities over the next 12 months or so.

I only have 2 or 3 models left to paint for the Space Marine army so I've started to cast my eye towards my next project, Blood Angels. These were my first army back in the early nineties so I have been itching to start this next project and I'm determined to do them justice by adequately planning the paint scheme and general aesthetic.

The first step in achieving this goal has been to paint up some test models. I experimented on 5 different models in total, using various colours, styles, methods but this model below is my favourite. For him, I followed  GW colours scheme for Blood Angels contained in the Sons of Sanguinius: Blood Angels Painting Guide as follows:


Out of this batch of test models, I found this scheme created the most striking looking marine, remained true to the Blood Angel colour scheme (I guess 'cos this is the GW scheme!) and  would be relatively easy to paint.

I now have to decide on base styles, weathering options and which units I want to purchase for my army. Fun times! 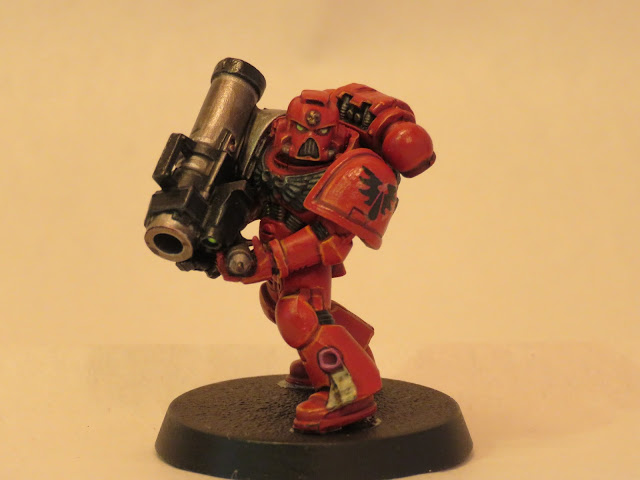