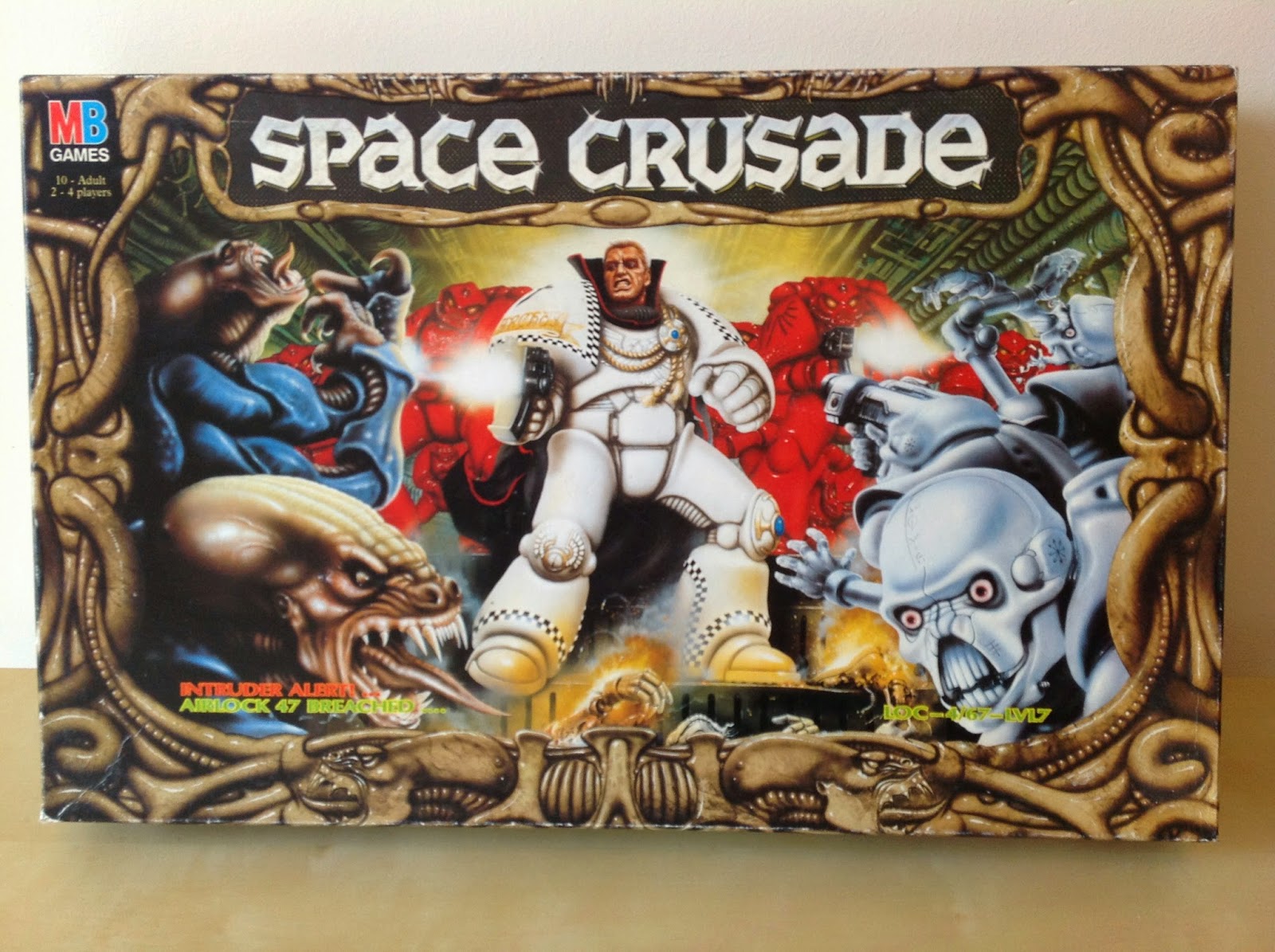 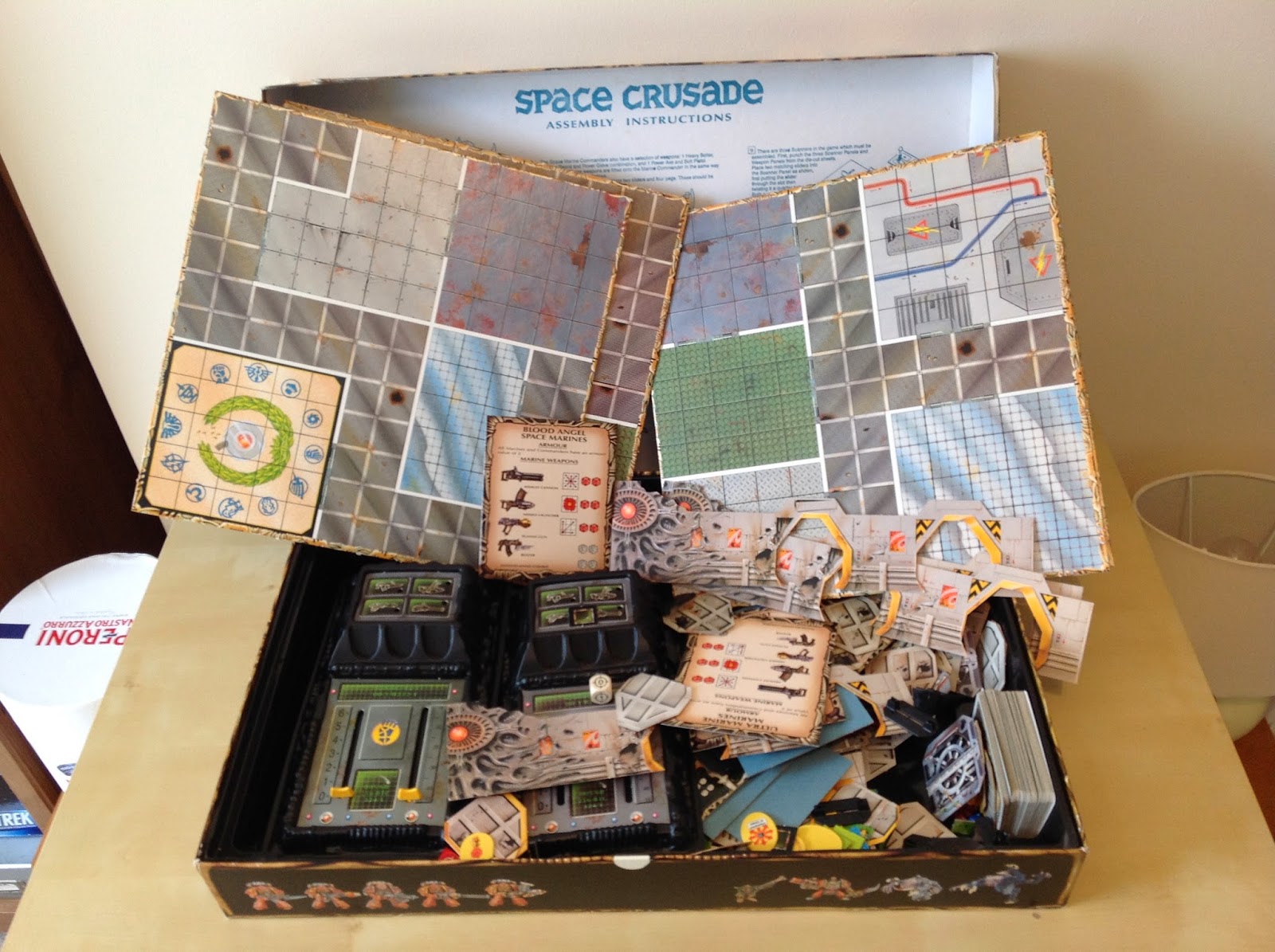 What this space for further update on my Space Crusade project.
Email ThisBlogThis!Share to TwitterShare to FacebookShare to Pinterest
Labels: 40k, Retro, Space Crusade, space marines 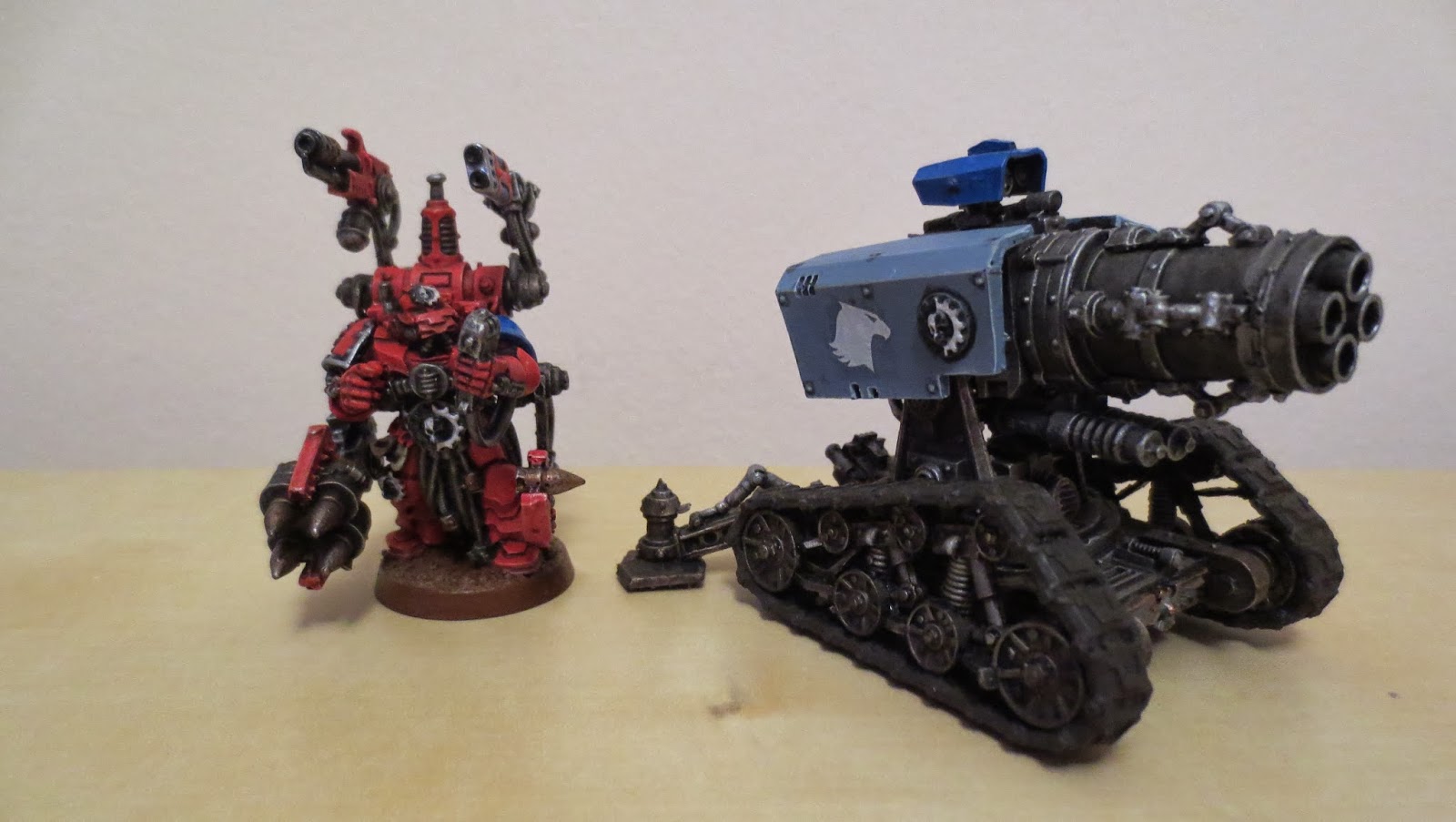 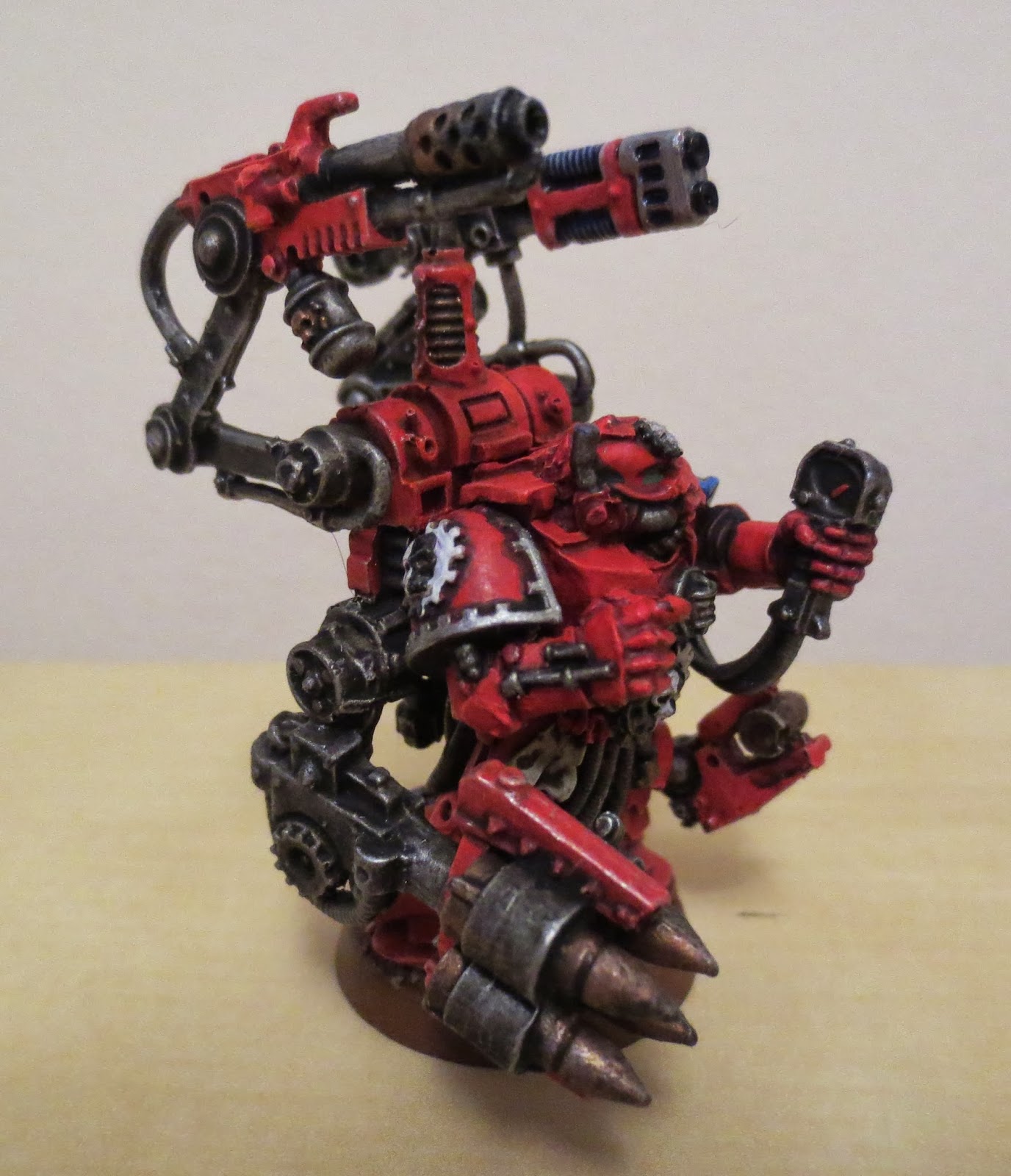 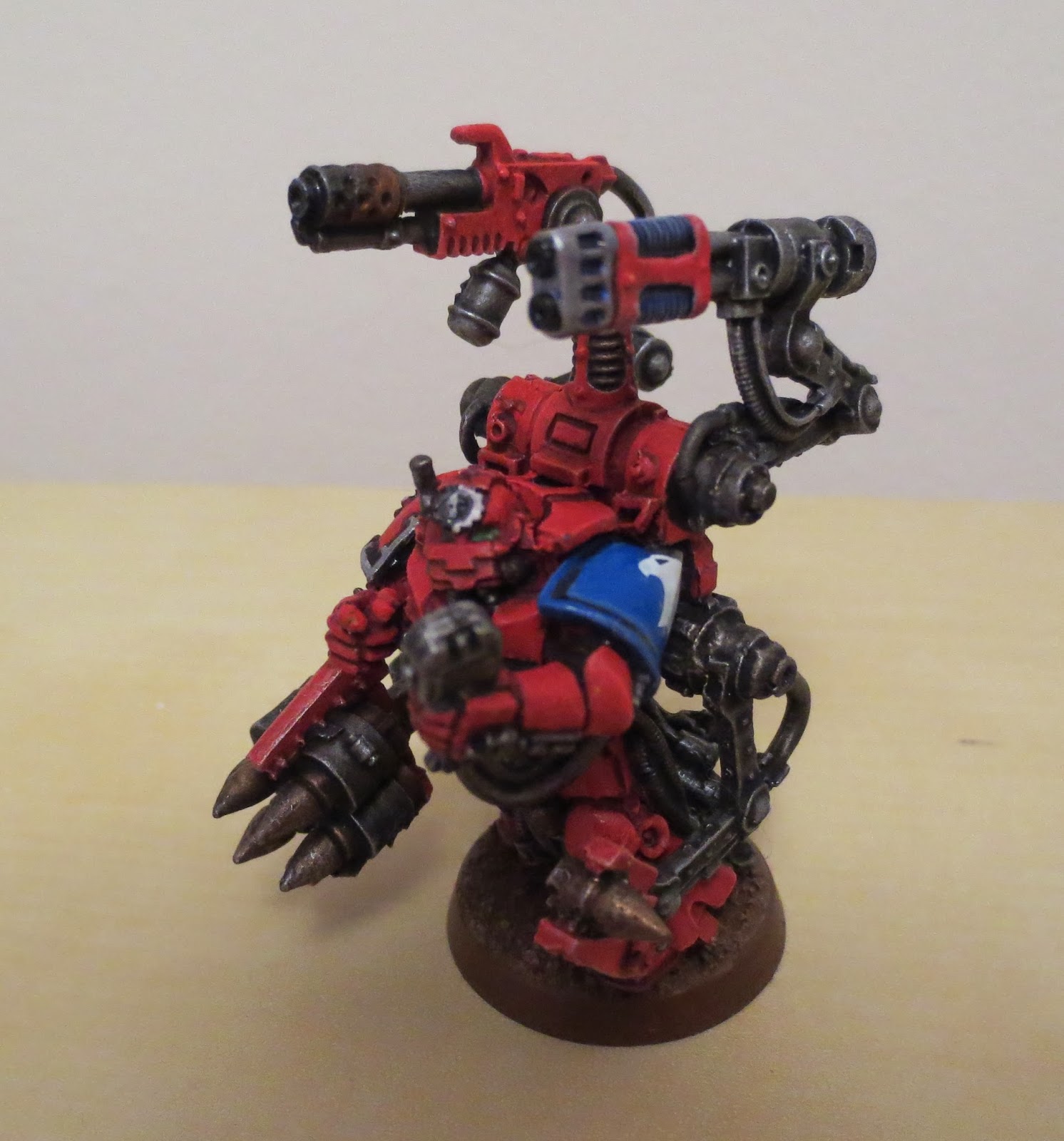 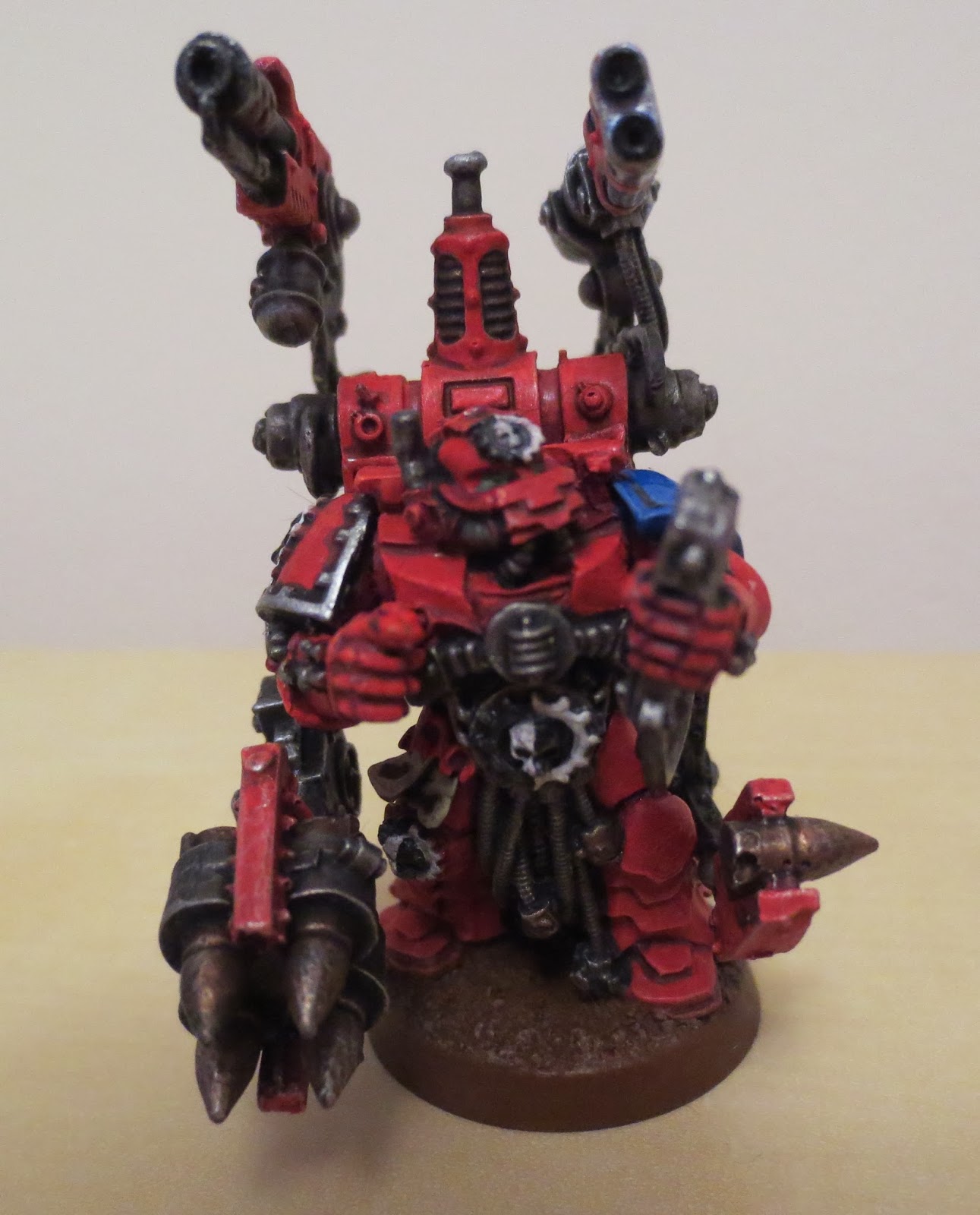 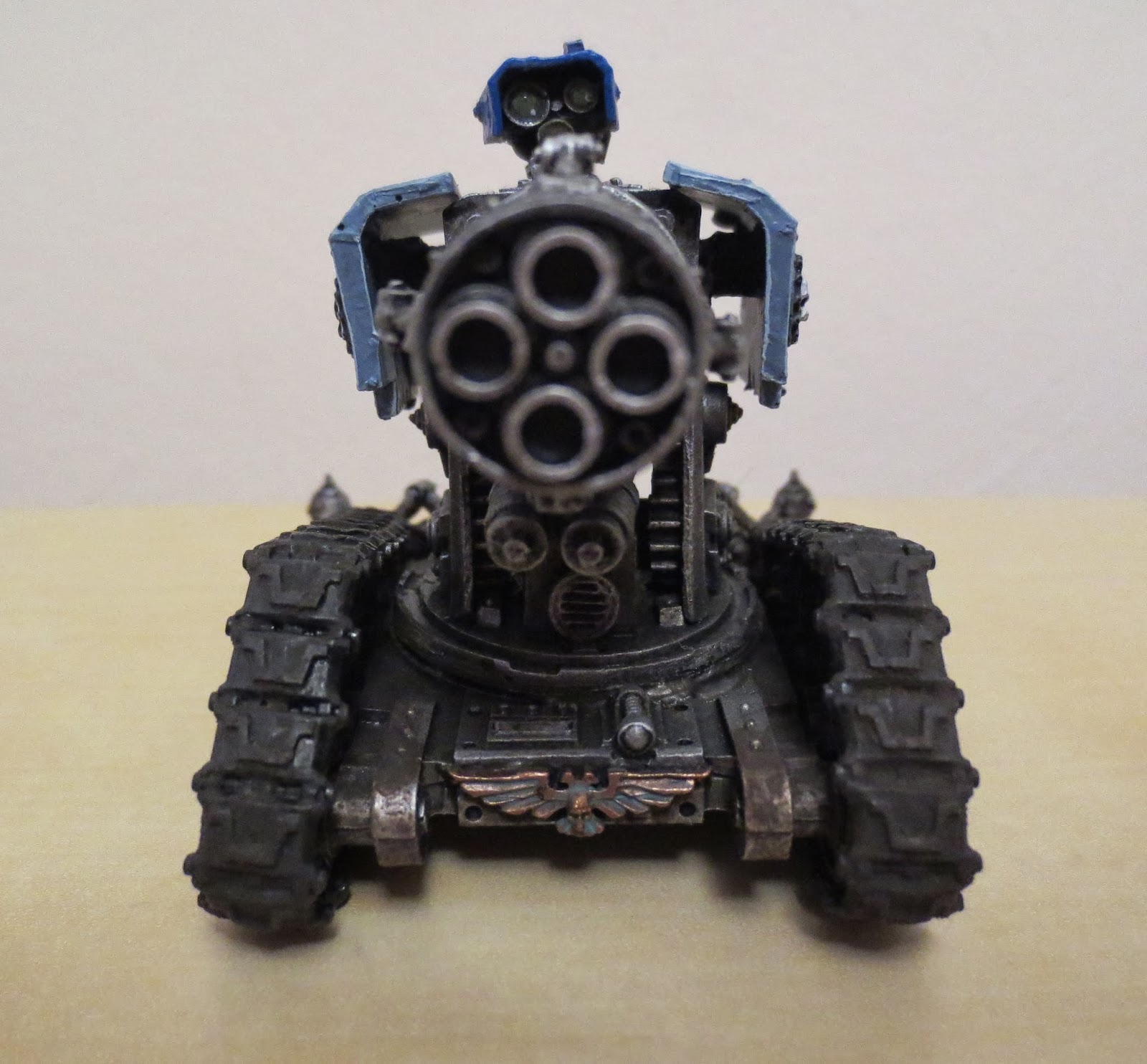 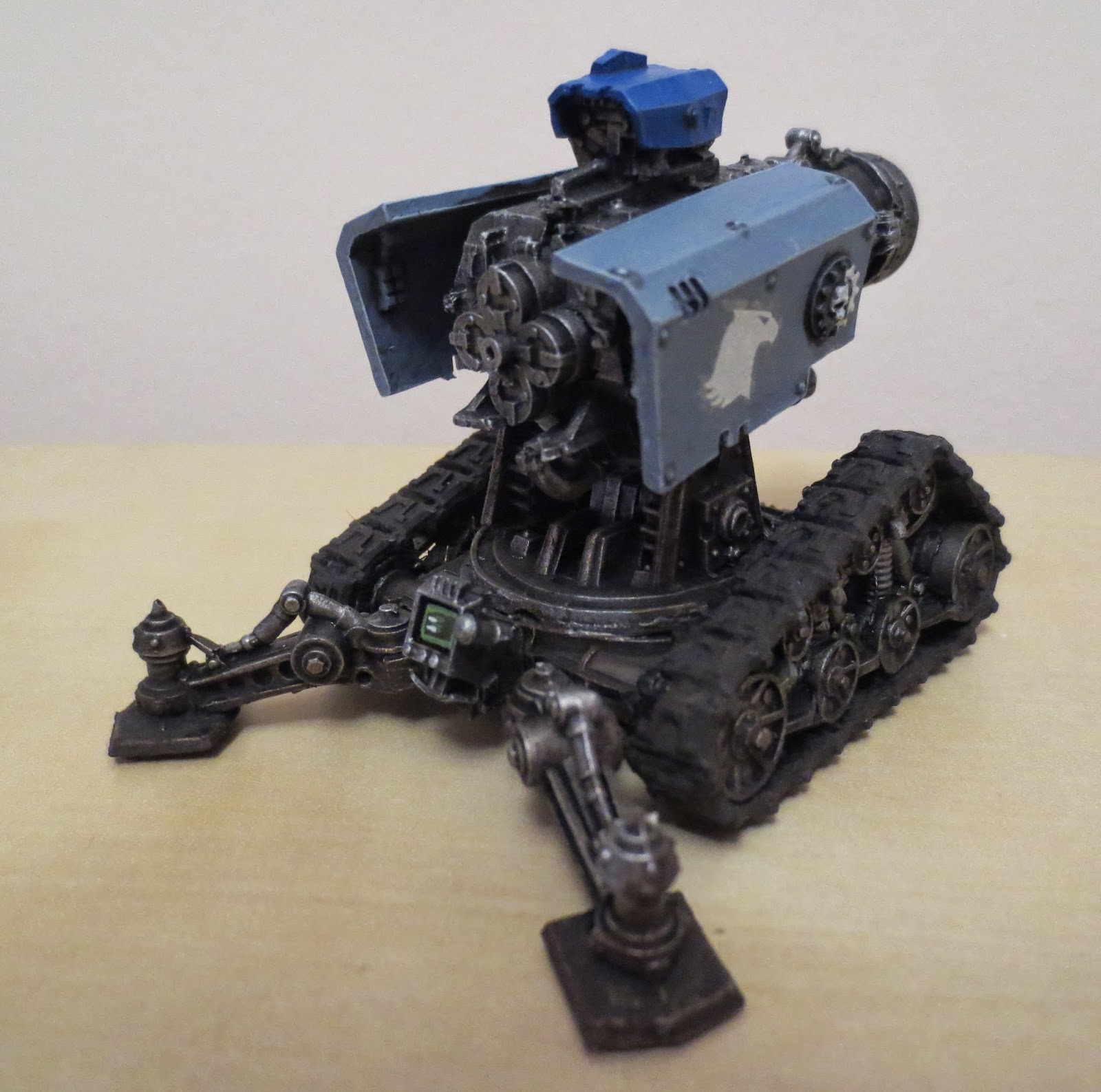 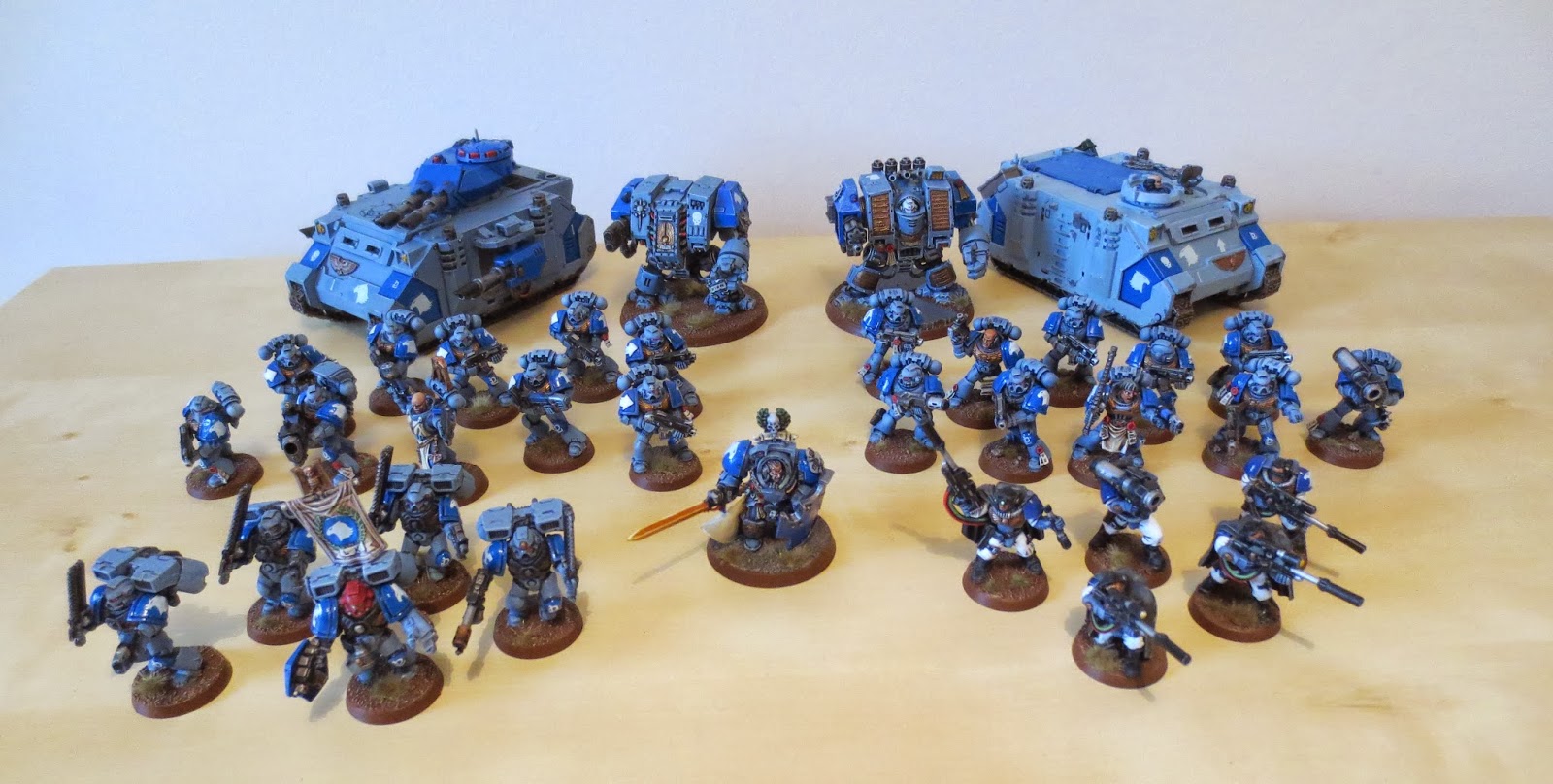 It'll all starting to come together!

That is all :)
Email ThisBlogThis!Share to TwitterShare to FacebookShare to Pinterest
Labels: 40k, light knights, space marines

Another unit kindly provided by Bob, the Machine Spirit guiding this tank isn't very happy with me (or should I say- it wasn't!). Having managed to break off both Sponson mounted Las-Cannons my only battle tank wasn't in a suitable state to be painted up and take it place on the battlefield. Randomly, a couple of weeks ago I saw a cheap Pin Vice (and drill bits with matching sized set of magnets) on eBay so I dropped £6 on it without really having any plan as to what I was going to use the tool/magnets for. Turns out that the magnets are a perfect fit (to the millimetre!) when used for re-attaching the Las-Cannons to their mounts. I have to say I am very impressed by the size vs strength ratio of the tiny magnets and can't wait to use them on other units!

After feeling pretty chuffed about fixing the weapons I figured that I would tackle this unit next. Below is a 'before' pic. At time of photographing the unit had been sprayed with The Fang and Airbrushed with Russ Grey.

And here is the 'after' pics. I really enjoyed painting this model. I'm really happy with the magnetised weapons and have picked up a couple of sponson Heavy Bolters, which will be magnetised to give me more options when building lists. 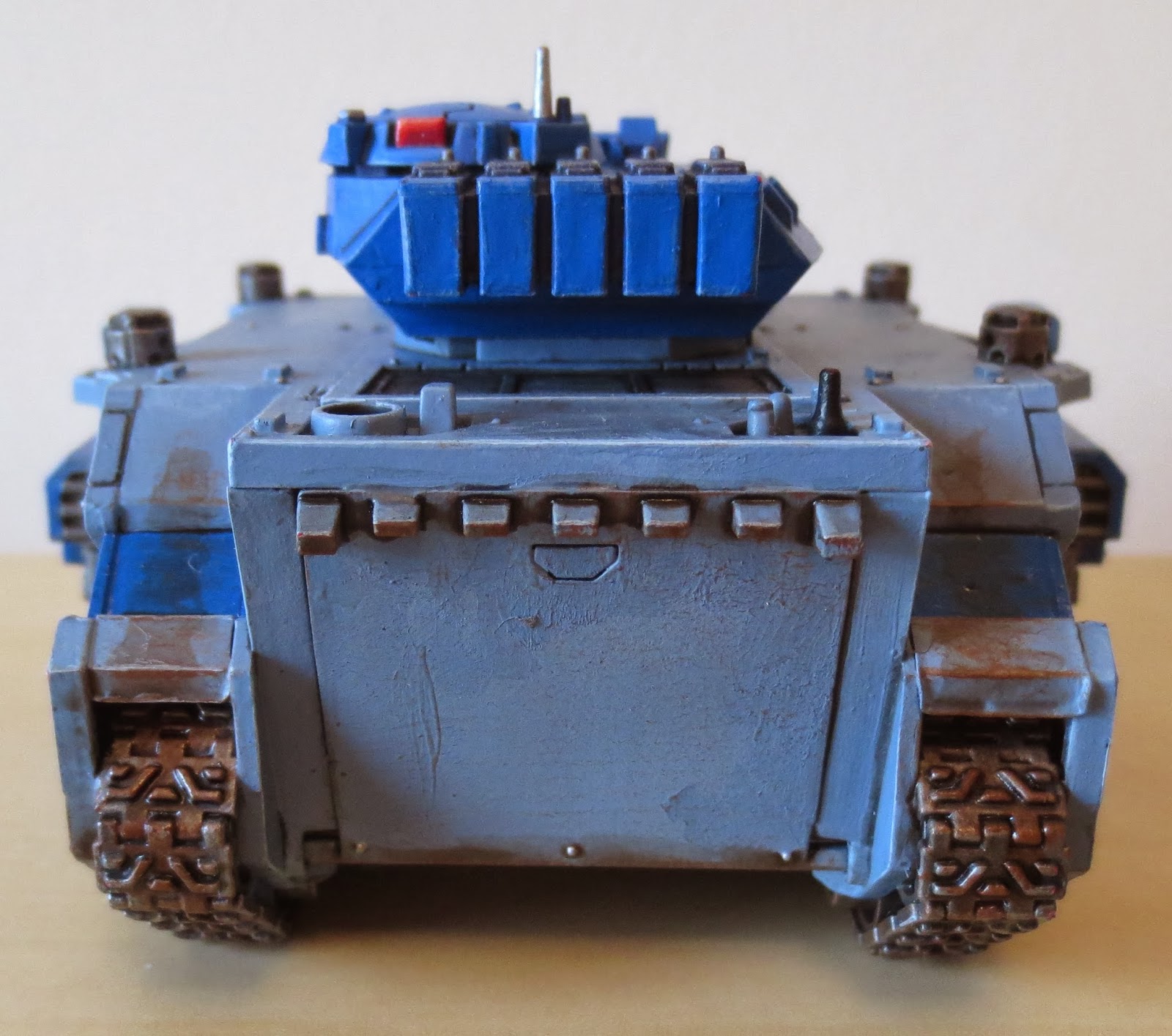 Getting On Top And Staying There

Whilst enjoying a lazy afternoon browsing t'interwebz I read this article which is centred on how easy it can be to feel the pressure of a hobbying 'to do' list. This struck a cord with me as I found the very same experience very suffocating when I re-entered the hobby at the beginning of 2013 and is the reason I started this blog.

Within 6 weeks of picking up Dark Vengeance I received a wonderful donation of maybe 30-40 models from Bob. This created a rather large 'to do' list straight away; compounded by my relatively slow painting speed this led to a feelings that I was never going to make inroads into the models which now sat on my shelf. This situation continued as I purchased more models throughout 2013 until I made some small changes which helped kick start my hobby progress...