BathCon 2017 was the wargaming day I've planned since the beginning of this year. On the weekend of 2nd September, I hosted 3 friends for a full day of X-Wing, Shadow War: Armageddon and Warhammer 40,000... and then some Poker!

Since I organised the event it has been the sole focus of my hobbying time. My goal was to get into a position where I could present a gaming table full of painted terrain and where possible fully painted models. Whilst achieving all the goals I set myself was impossible, I was able to prepare all the scenery pieces I wanted to paint. With one of the game on the roster being Shadow War: Armageddon this was no small feat!

Prior to the event, I ran a roll to determine which game systems my guests would like to play. the 3 winners were X-Wing, Shadow War: Armageddon and Warhammer 40k. The two games which lost out were Age of Sigmar and Blood Bowl.

So, here are some of the photos from the day...

This is the board set up prior to the event. Whilst I made posts on this blog covering some of the pieces of terrain used, I didn't post about them all. Over the coming weeks, I will probably catch up with such posts as I learnt a lot from my experiences and would like to share that information. 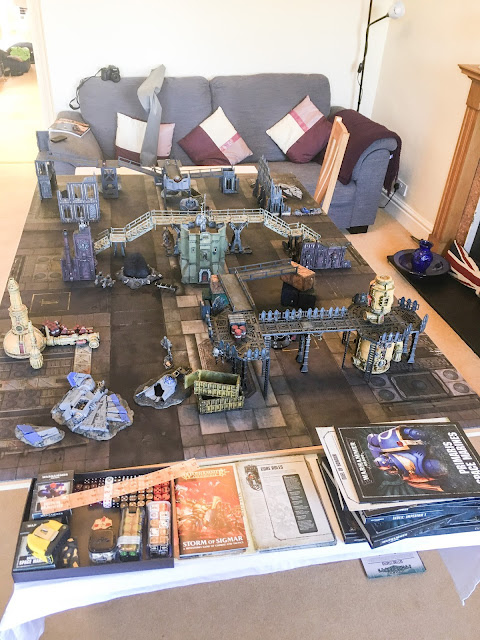 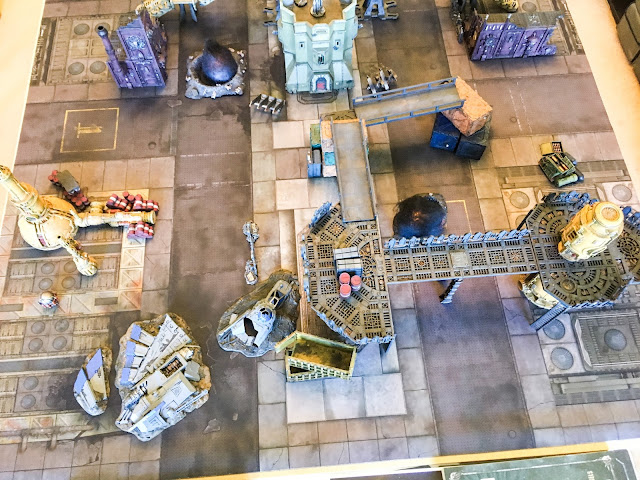 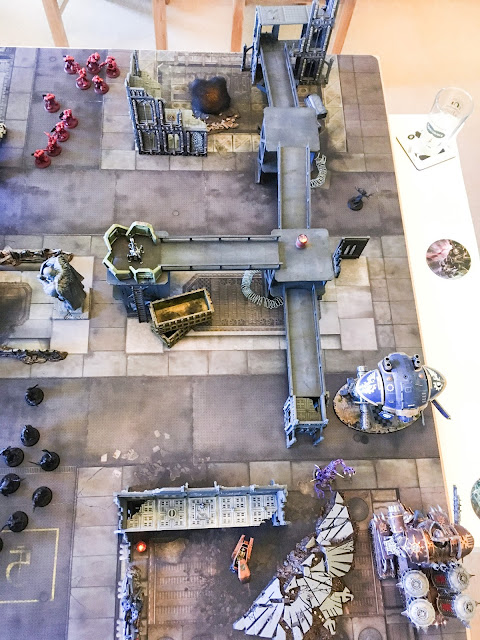 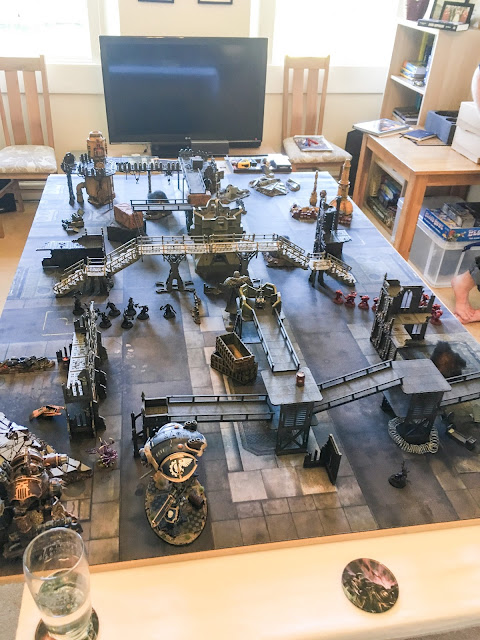 To kick things off we played 2 games of X-Wing. It's been about 18 months since I last played and had forgotten how much fun it can be! I played a simple 50 point match whilst the other game involved a few more models on each side(as can be seen in the picture below). 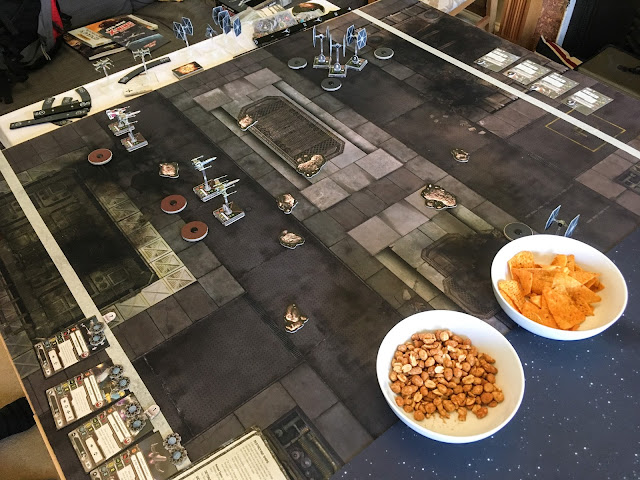 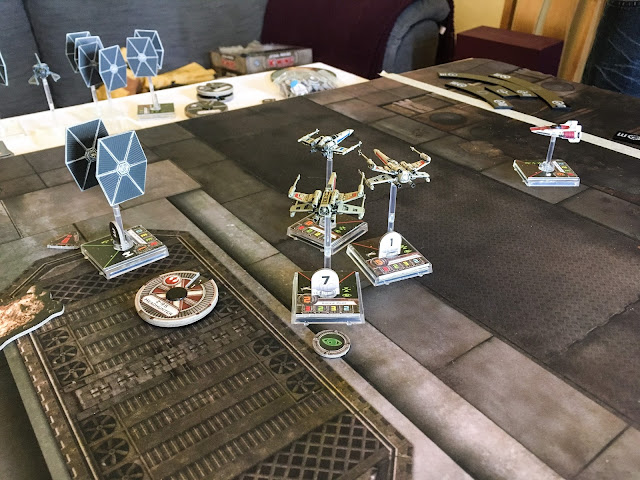 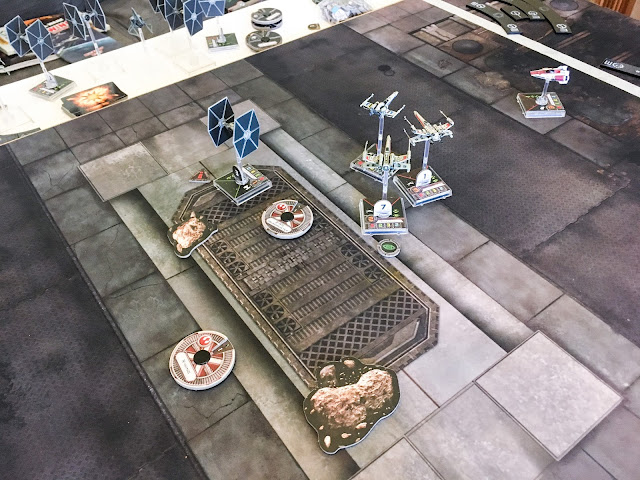 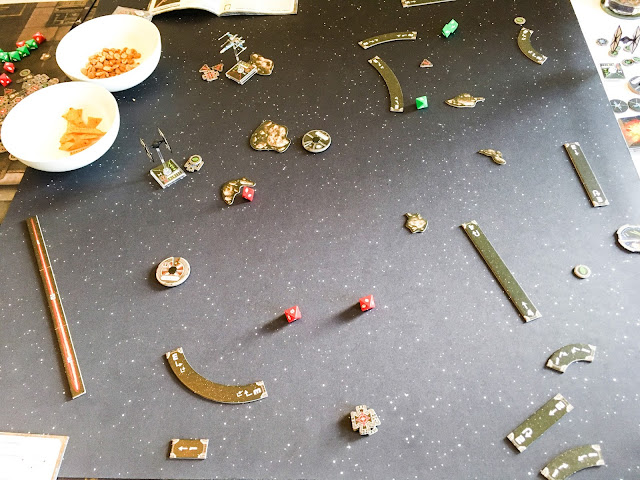 We chose to play a 4 player battle in SWA, so 1v1v1v1... which turned out to be a lot of fun! We played it on the full 6v4 table packed full of terrain. It took 3 hours.. which is a bit longer than most SWA battles are supposed to last but it was hugely entertaining. We had Orks v Chaos Marines v Space Marine Scouts v Sly Marbo! the Orks and Chaos Marines spent most of the battle trying to tickle each other to death in combat whilst Sly Marbo did some cheeky stabby-stabby moves with his poisoned knife. The less said about the Space Marine Scouts the better! 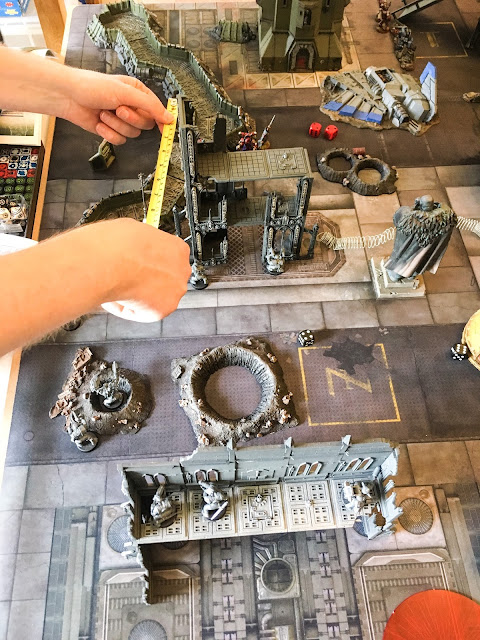 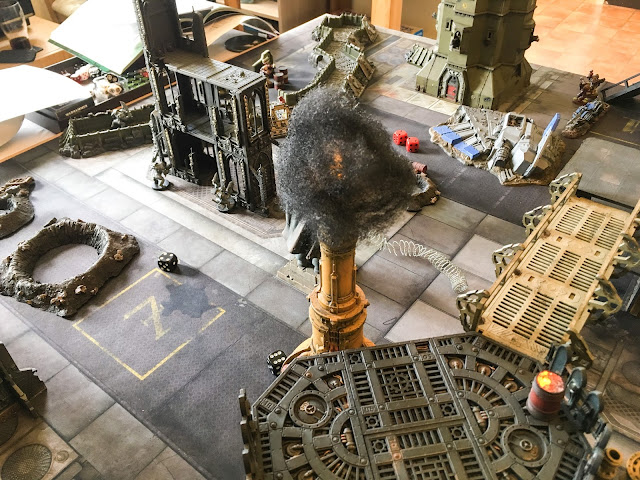 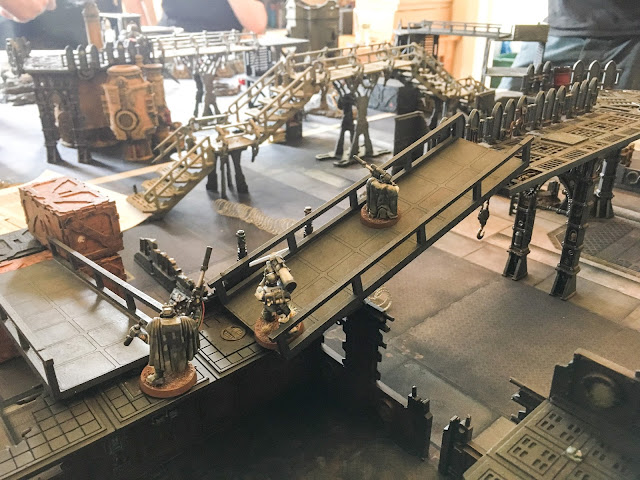 Finally, we played some 40k. a 50 power level battle. Chaos v Space Marines/Blood Angels. Unfortunately, we ran out of time and only managed 1 turn each before having to call it a day. 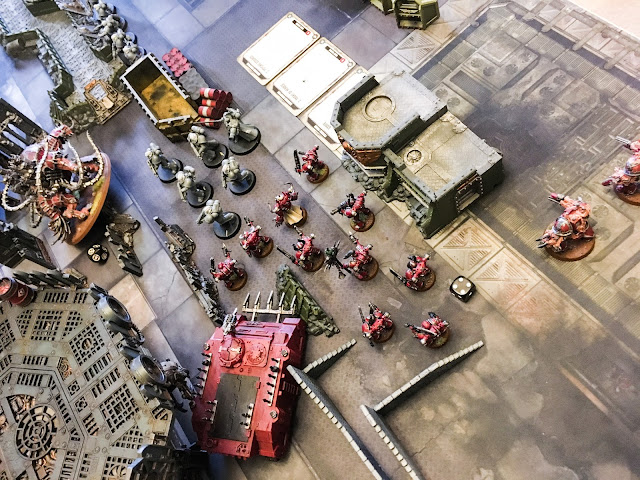 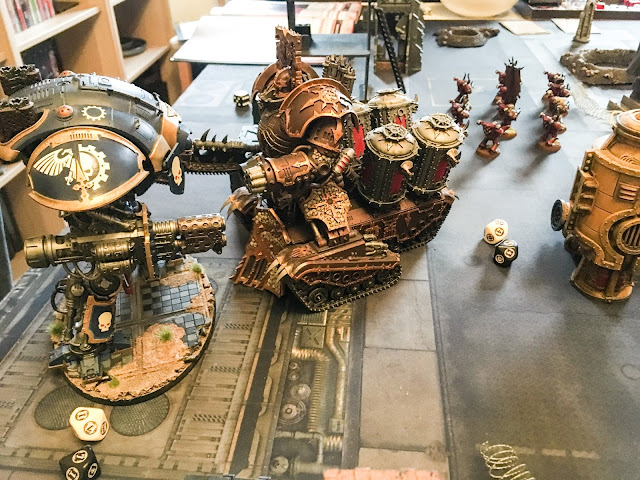 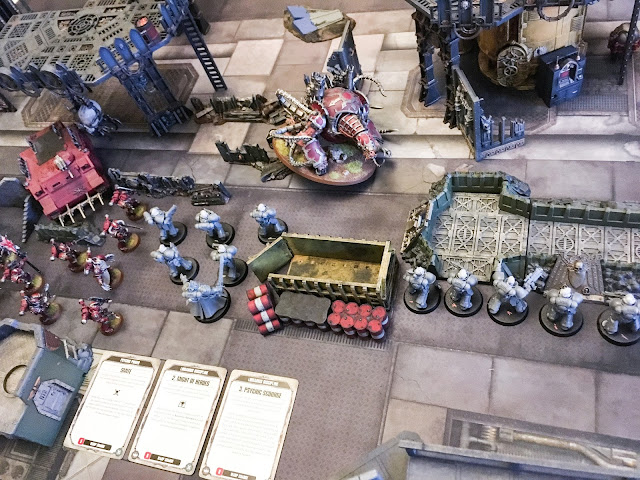 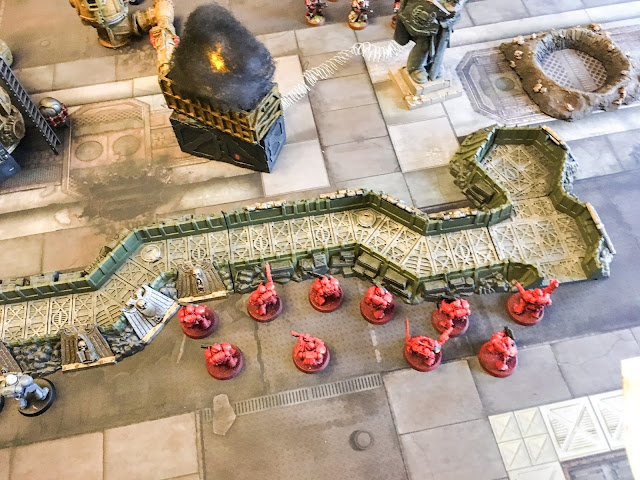 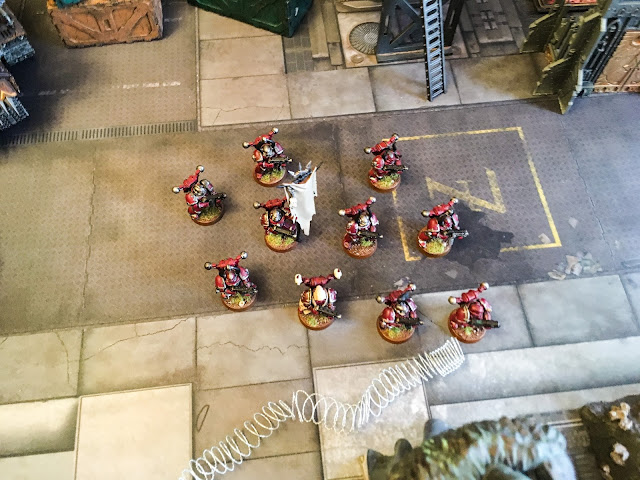 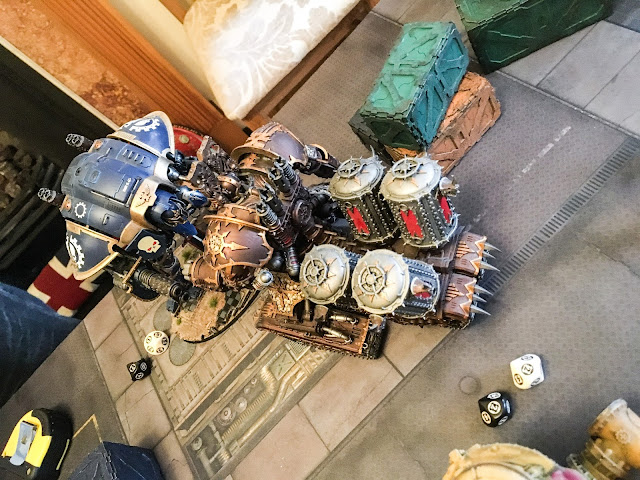 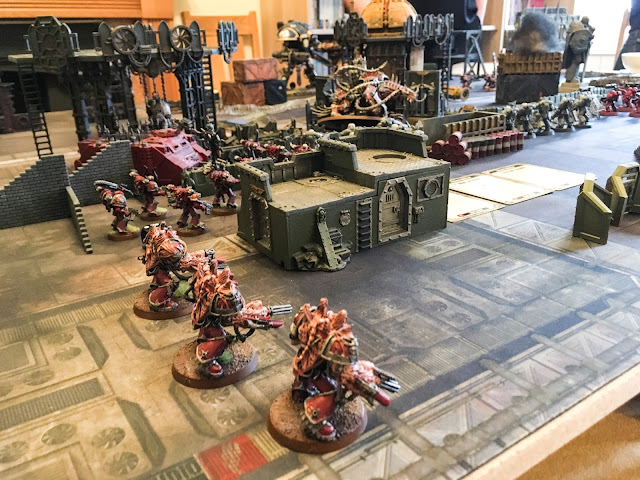