Cypher: The Man and the Model

I first heard about this character whilst listening to the 40K Global podcast just before Christmas. Until that point I had no clue about this very intriguing character... but once I became aware of him I felt compelled to find out more; so I picked up the data slate. I'm not a huge fan of the general rule/unit segmentation which is going on at the moment in 40K and I was very reluctant to dish out £12 (or whatever it was) on what was my first [rules focused] digital GW product. I should not have feared though as the data slate is fantastic! 30 pages of background fluff followed by the rules, formations and missions. *spoiler* The story of Cypher can be summarised as this - 'no one knows if he is a good guy or not'. The data slate regales the read with various stories where Cypher has worked for, and against, the Imperium and it presents various theories as to his possible motives. To reflect this, the unit can be used with practically any army aside from Dark Angels (they have beef with him for being one of the 'fallen'. Being a Space Marine player and generally someone who likes to root for the good guys (Jedi over Sith for example) I come down on the side which believe that Cypher is a good guy and working as a lone agent fighting for the Imperium. Of course GW will never confirm whether this is the case or not - and rightly so! Everyone likes a bit of mystery and having the ability to apply ones own morals to such a character/unit is fantastic! 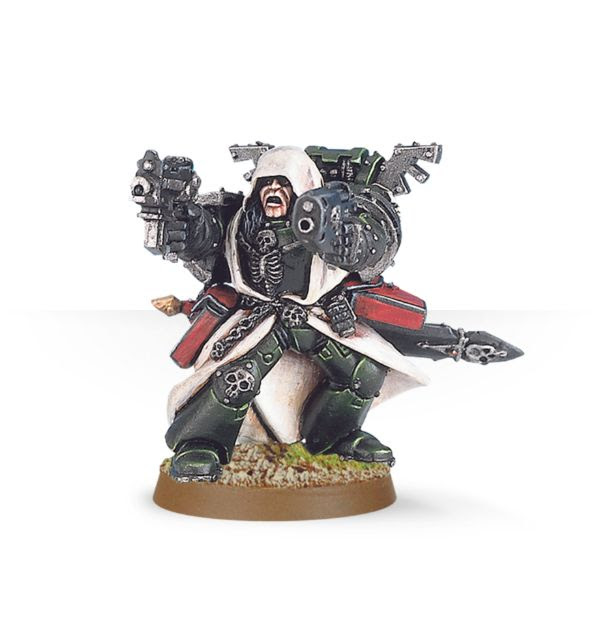 The major problem with Cypher, for me, is the model which GW provide. It's old, metal and a bit rubbish. So, instead of picking up the standard model (shown above) I decided to build my own model using Dark Angel (and various other) bits. 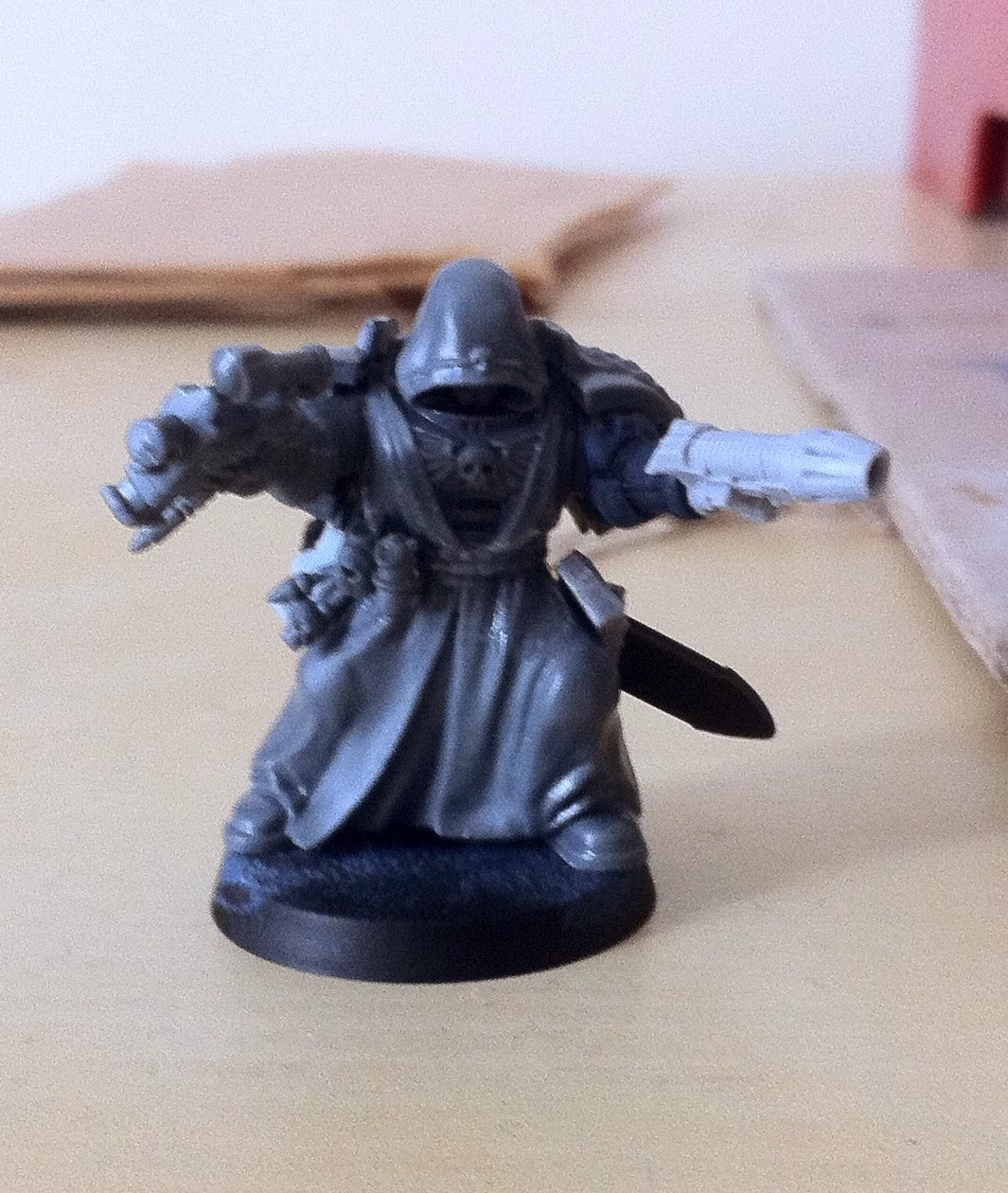 ..and here is the model which I built. I'm really happy with how it looks and can't wait to paint him up and add him to my army. I probably spent double the price building this guy (eBay FTW!) instead of buying the model from GW but I think the aesthetic I have managed to create.