Blast From The Past!

Back during my first stint in the hobby (roughly 1989 - 1997) a large part of my hobby time was spent at my cousin's house. At the time both myself, my cousin (Geoff) and my second cousin (Nik) were all immersed in 40k.

I collected Blood Angels, Nik collected (mainly) Eldar and whilst I have no photo's of my army, or Geoff's, Nik still has his army and recently sent me some photos. These you can see below. Considering Nik was a little younger than Geoff and myself (so must have been around 13 when he painted these) I think his standard of painting was really good! I especially love the 'old skool' Goblin Green bases on these models.

The weekends we spent playing 40k were a highlight of my first stint in the hobby. I vividly remember the huge battlefields which we would set up on the floor of Geoffs bedroom (often much larger than 6ft by 4ft). These were populated by our own home made scenery... converted Pot Noodles pots, broken up polystyrene painted to looks like ruins and as much lichen as we could get our hands on! I also don't think we ever finished a game... good old second edition eh! 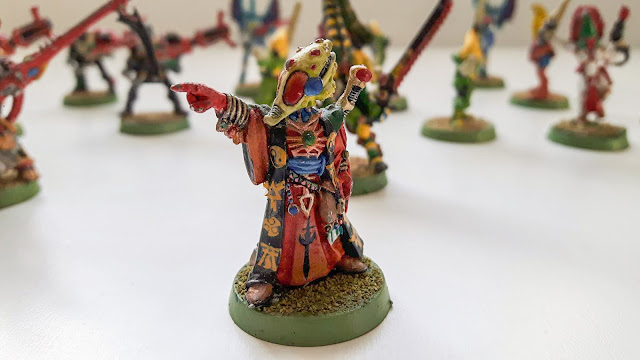 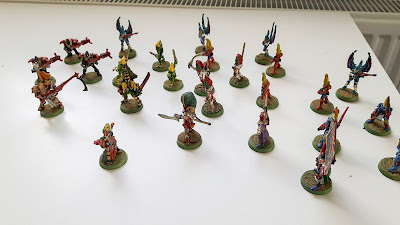 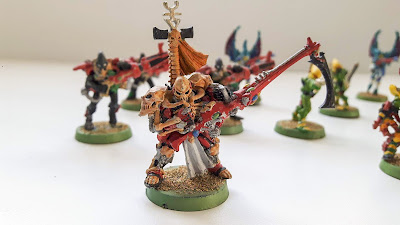 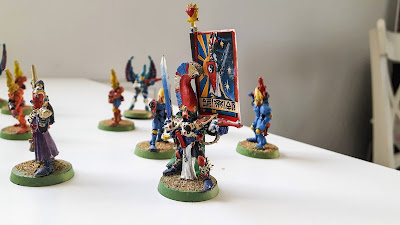 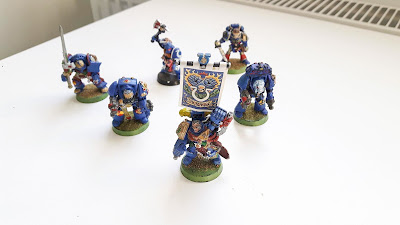 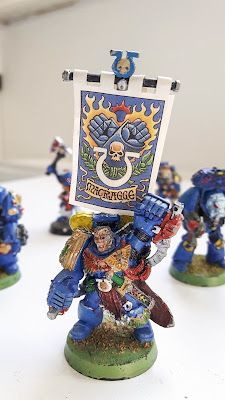 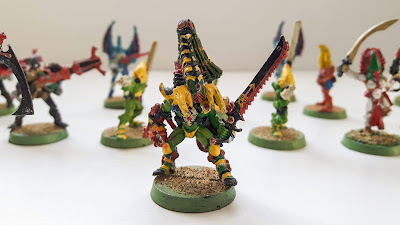 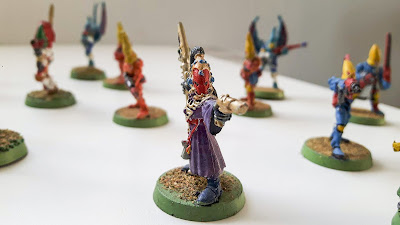 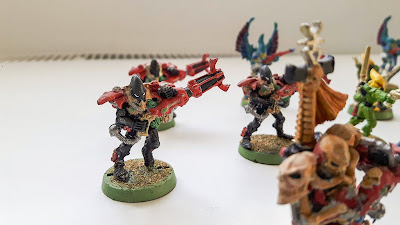 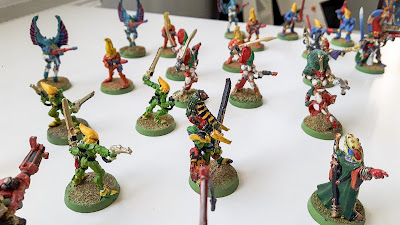