It's been a while since I posted a 'completed' unit.. and I have to admit that it's good to get a unit/model 'done'. 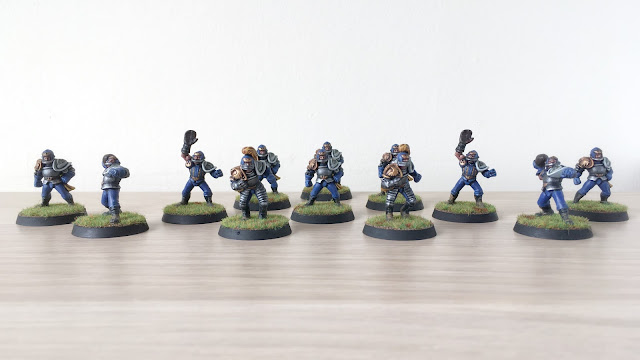 This human Blood Bowl team is from the 3rd Edition box (1994). The models had already been painted when I picked up the boxed set thusly some of the finer details had been lost by the time they arrived in my care... I also found the models quite difficult to paint due to the lack of details on such retro models. It's fair to say that production techniques have advanced significantly over the 20+ years since these models were cast. Whilst I'm reasonably happy with how they come out; I found it a slog to work on 12 models at once. Anyway, it's great to finish a unit; one which was part of the 2017 hobby goals and leads me nicely on to the Orc team from the boxed set. 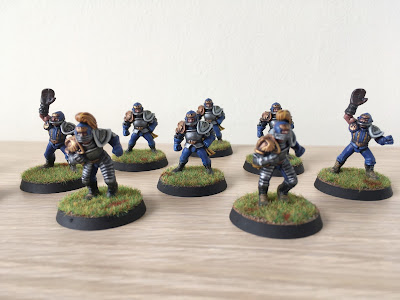 I've painted the models in the 'traditional' Reikland Reavers colour scheme from the 3rd edition era (Blue/Yellow/Silver). I re-based the models onto 32mm bases to bring them inline with the Blood Bowl Referees I recently picked up from Forge World and to make this unit fit a bit more with any of the newer Blood Bowl stuff. The transfers went on quite well, however, as they are 23 years old, there is a slight yellow discoloration in the film. I painted over as much of this as I could manage... but some of it is still slightly visible.

I also experimented with using static grass, applied over a textured layer for the base...and to add a little more interest to the bases, a light smattering of Blood for the Blood God has been applied. 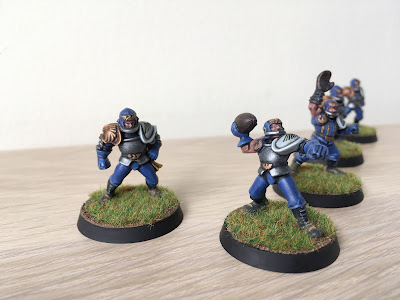 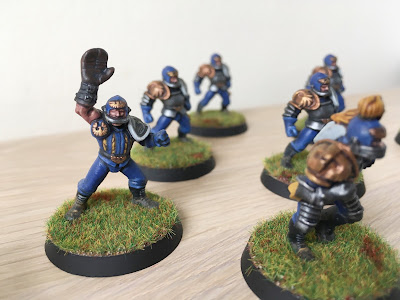 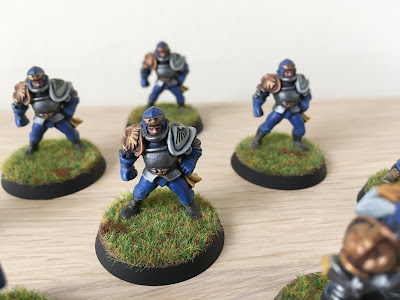