Today I want to cover some models in (another) 'work in progress' post.

These two sets of models are the Ocs and Human teams from 3rd Edition Blood Bowl. I owned this back in the day (it was initially released in 1994) but somewhere along the way I sold the game on eBay. In 2014 I managed to find a well priced auction (on Ebay) so took advantage of the deal and picked up the game

Since that point it has remained on my shelf; not getting the love it deserves! With ForgeWorld working on a new edition (due Christmas 2016 I believe), my motivation was rekindled so I dusted off the game and started to paint the models!

The Human team had received a fairly basic paint job from the previous owner but the paint wasnt thick so I didnt bother to strip the models down. The Orc team was still fresh plastic. The first step, as is usually the case, has been to undercoated and base coat the two teams. Next, I'll start working on a team at a time (I'll probably tackle the Human team first) and will post an update when I have completed team(s) to show. 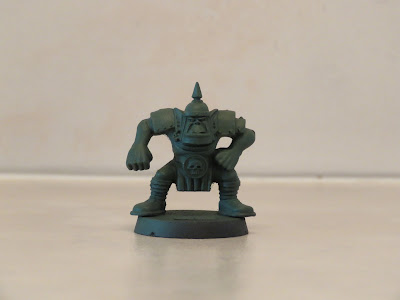 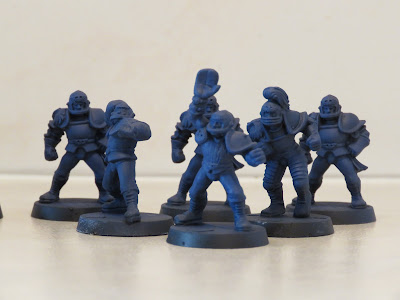