This unit is a great example of just how far I have come in the last few weeks. As a cheap purchase from eBay this unit arrived into my collection as little more than 5 assault marines, with only basic weapons; and sprayed black. After some converting i.e. on the Sergeant I replaced both arms (one with a minor modification) and added the banner, I also added grenades and a flamer to the other models to really increase their effectiveness and visual appeal. 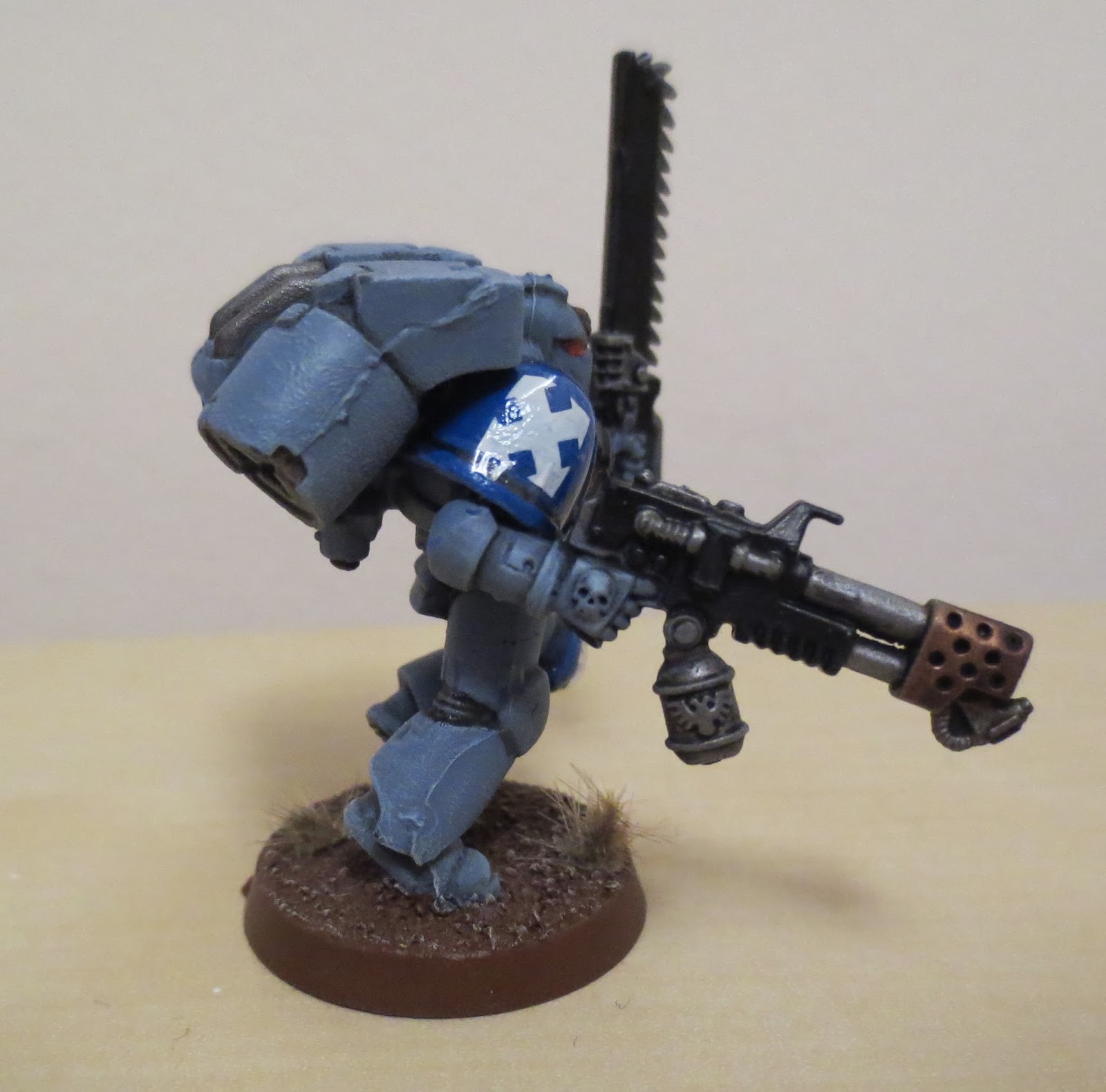 In terms of gaming; to date I haven't been particularly impressed with Assault Marines however now that they are tooled up and painted I think they will be given a few more run outs to see how they do. Overall I'm really happy with the paint job on the unit. I say that in ever post however the simple fact that I am completing units and my OCD isn't kicking in and making me waste several extra hours touching the models up makes me think that I'm doing OK.

Next up I'm going to tackle a Predator. It currently has 2 broken sponson Las-Cannons but I have just bought my first Pin Vice and set of magnets... time to get modelling and see if I can fix the weapons!
Email ThisBlogThis!Share to TwitterShare to FacebookShare to Pinterest
Labels: 40k, Assault Marines, light knights, space marines
Newer Post Older Post Home