Bit of an unplanned project this one... when moving some models around in my display case, my Imperial Knight fell off its base! I wasn't very upset by this; I never really liked how I originally based the Knight anyway! (original base can be seen here) What this occurrence allowed, though, was for me to strip the base down and do something better!

I wanted to go with an urban rubble style base and I used the below video as inspiration.


Using the above video in combination with the ForgeWorld modelling masterclass book, I followed the steps detailed below:

Step 1: To get some additional verticality, I glued some spare lozenge shaped bases onto the Knight base. These were placed where the Knights feet sit on the base. Next up I covered the base with DAS modelling clay and, whilst the clay was still pliable, I placed various items of detail such as a Bolt Gun, Rhino door, Chaos Marine backpack. 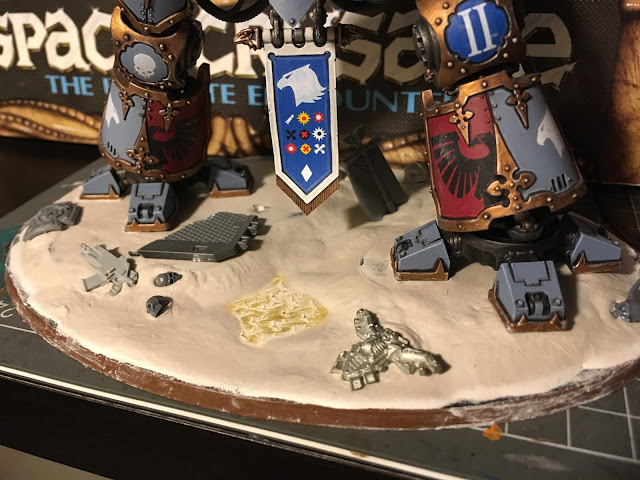 Step 2: I covered the base with PVA and applied various sizes of grit, stones and sand to create the main texture on the base. Once the initial cover of PVA had dried, I applied a further diluted coat to fix everything in place. 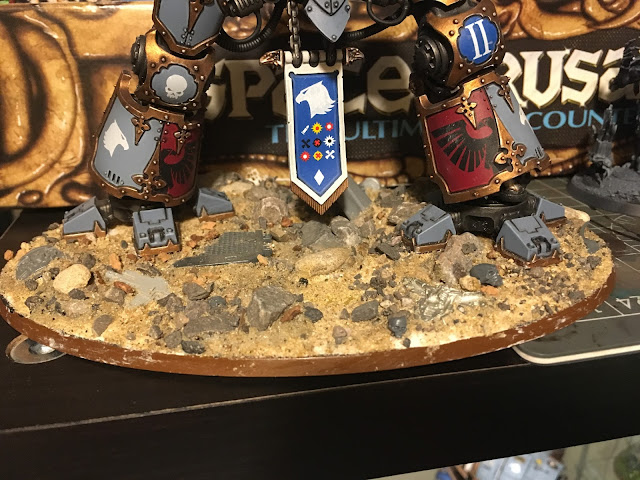 Step 3: I primed the base with Vallejo Black Primer through the airbrush. I then picked out some details with Vallejo Grey Primer. 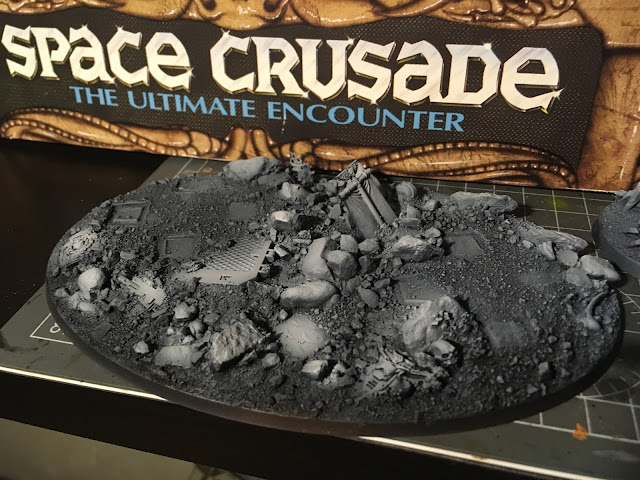 Step 4: On to the painting! To match the colours used for my Space Marine army, I used Mournfang Brown as the main colour. I then used various lighter/darker shades around the base. 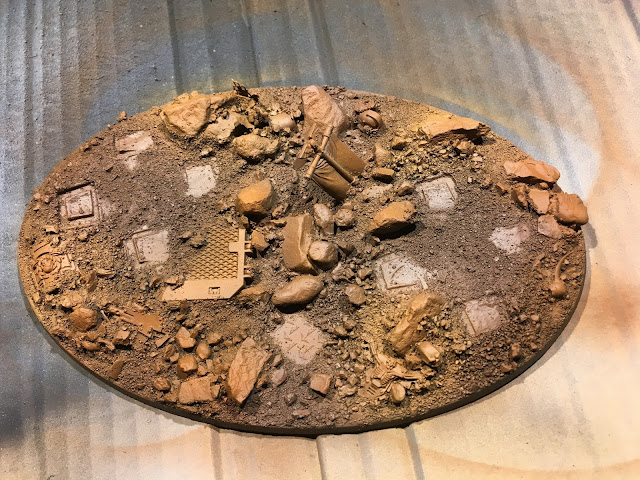 Finally, I airbrushed a very diluted mix of Steel Legion Drab and water to represent dried dust. This helped tie all the details together prior to shading and highlighting the base. To protect the base and prepare if for shading I applied airbrushed a couple of coats of Vallejo Gloss Varnish. 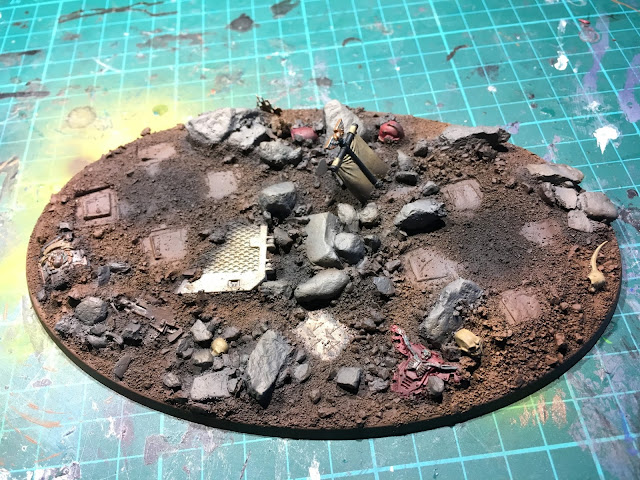 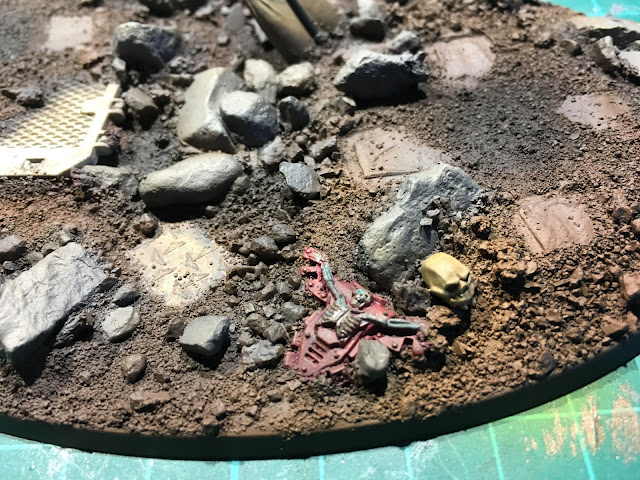 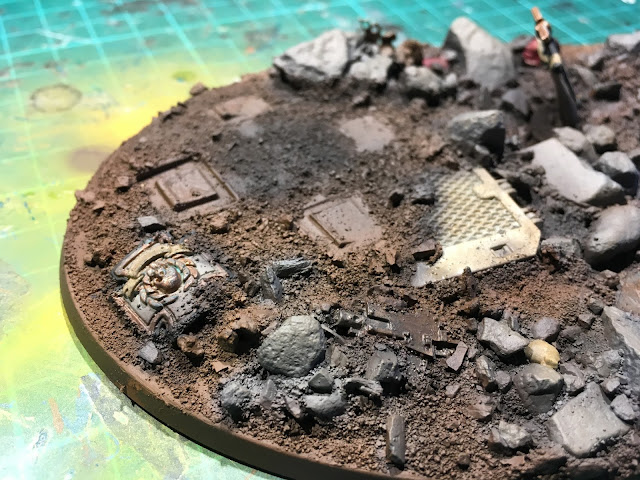 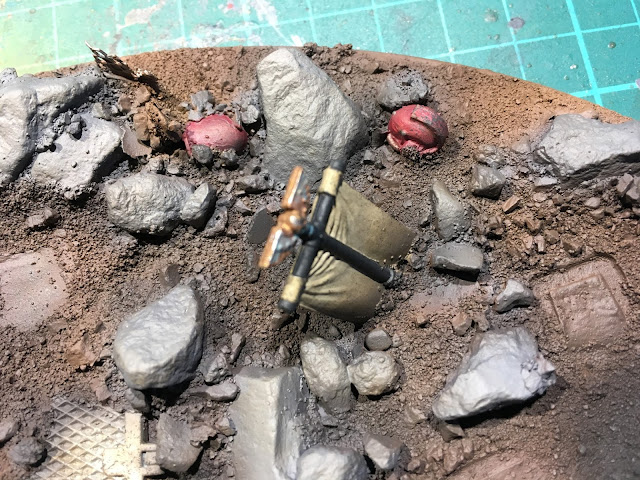 The following steps will involve using Brown and Black washes over the gloss varnish. Once those have dried, I will drybrush the various details to bring the colours back up and provide more contract. Further weathering will be applied before, finally, sealing the base with matte varnish.
Email ThisBlogThis!Share to TwitterShare to FacebookShare to Pinterest
Labels: 40k, bases, imperial knight, modelling