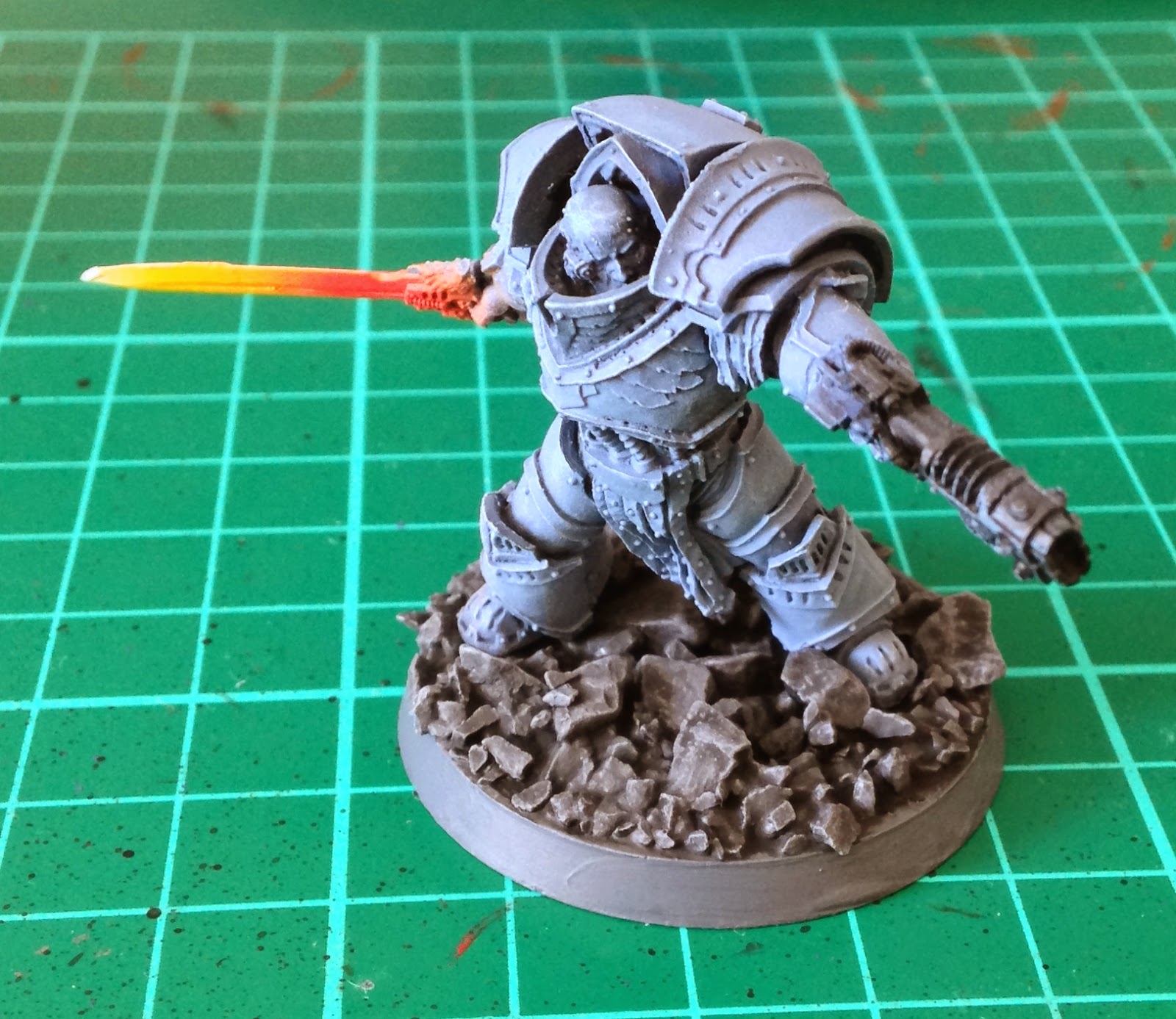 I think any 'generic' 30k models which I pick up will be painted in the same colour scheme as my 40k marine army (albeit with maybe a couple of alterations). 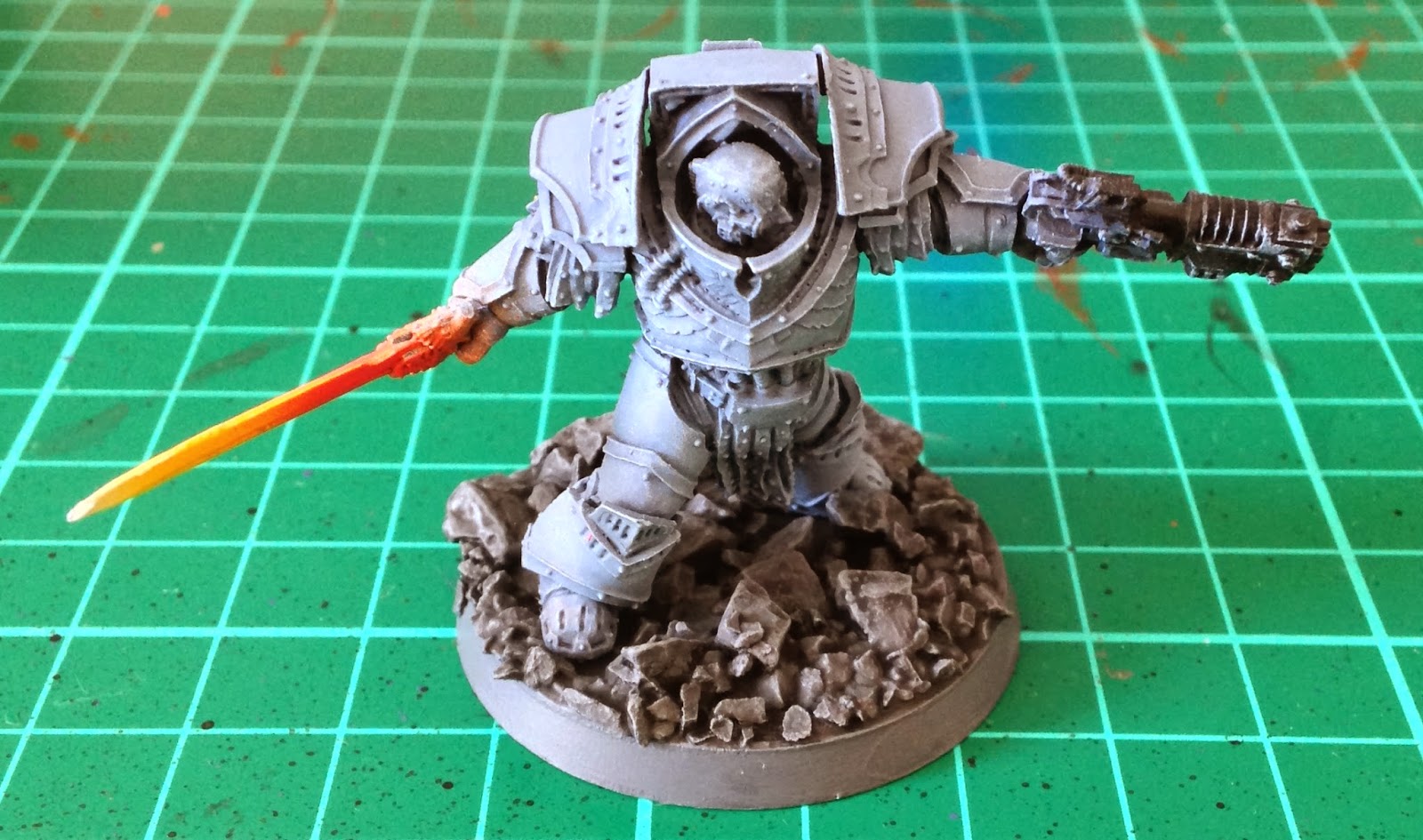 On this guy I have experimented with a new style base and also I tried using the airbrush to do some blending on his sword. I will likely use the same technique for the Grey Knights in my collection although they will have a more traditional blue/force weapon colour scheme. 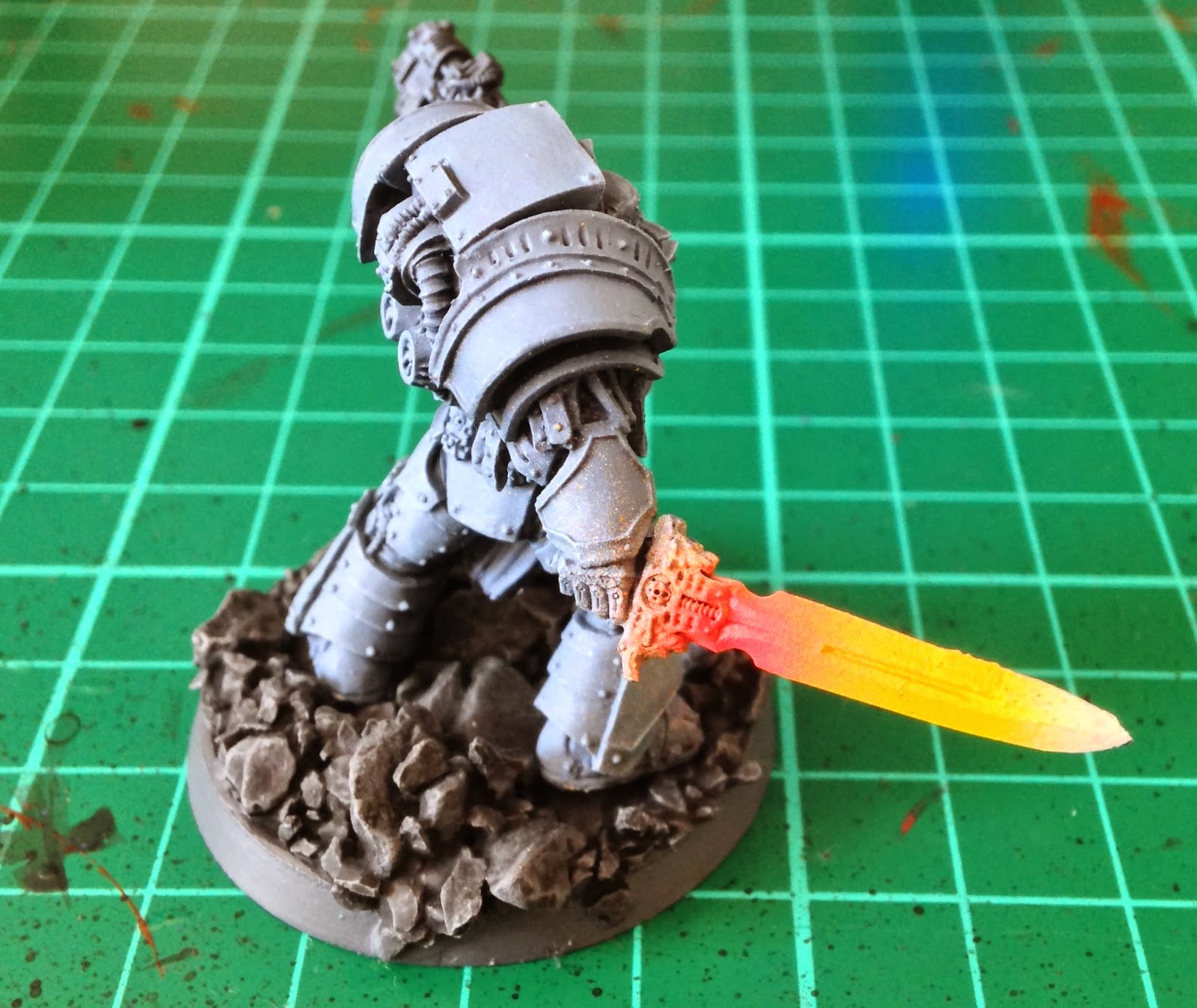 I wanted to try out a different basing technique on this guy. However the more I think about it, I might magnetize the base so I can change between one which is in fitting with my 40k marine army and another (the one pictured) for the potential 30k force which I build up. 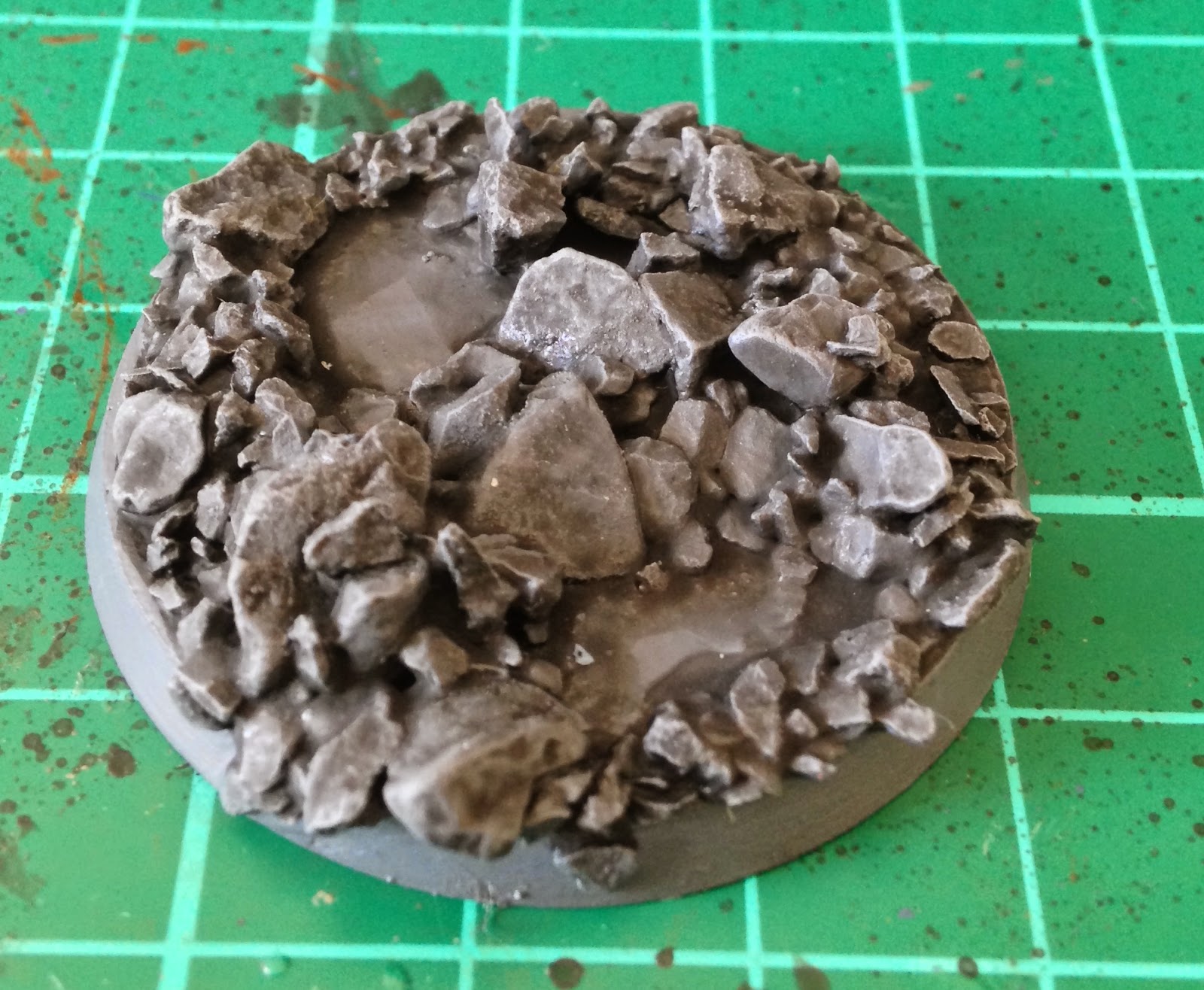