This epic bad boy has been sitting on my shelf for what seems like an eternity! After I used the painting of the Hunter/Stalker (a Christmas Present from my awesome other half) as motivation to spur me on with the completion of my older unpainted models, the Imperial Knight became a further incentive as I promised myself that once the Hunter/Stalker was finished I could move on to this model. 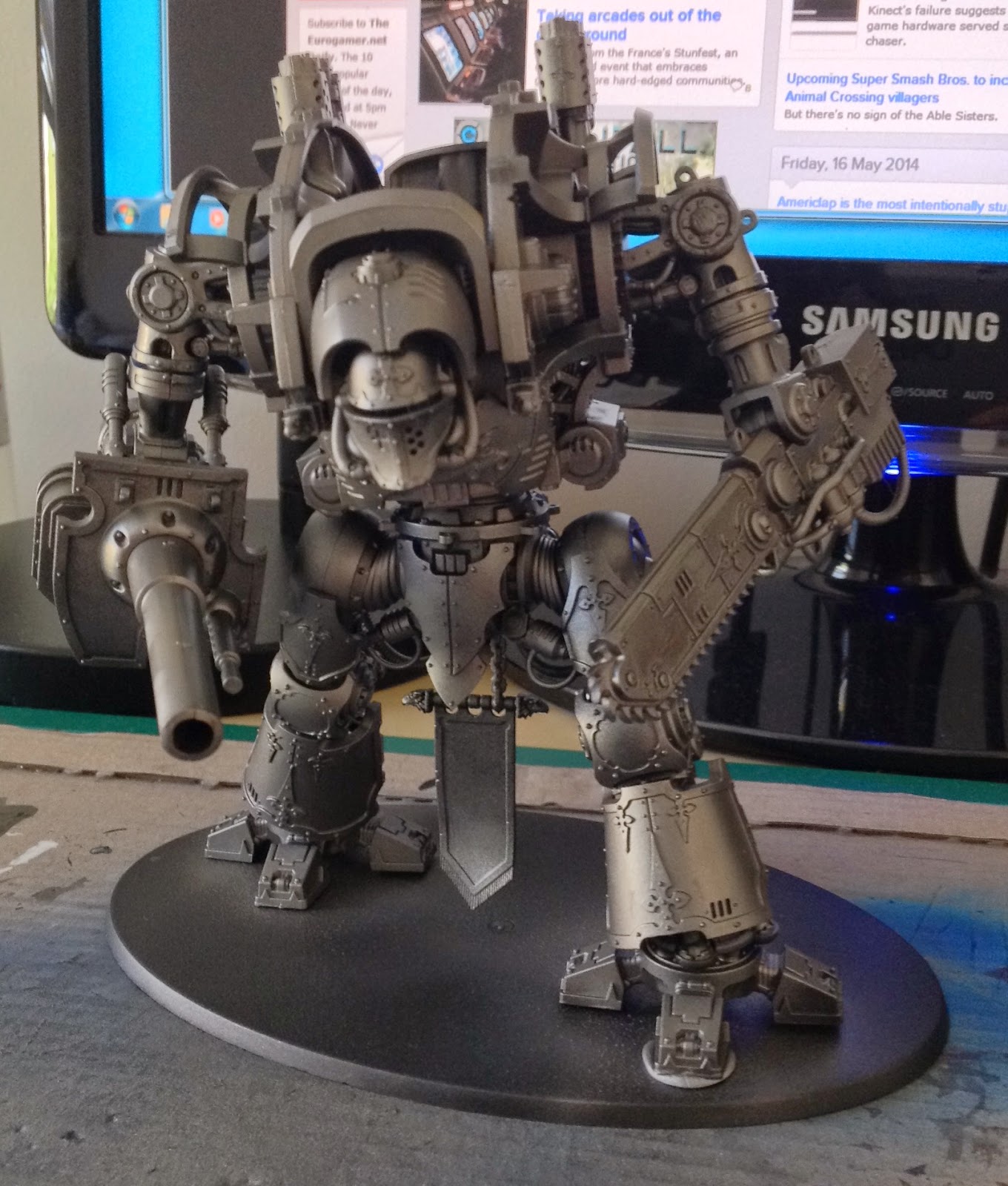 As you can see, I have been working on the Skeleton of the Knight. Using the airbrush I was able to coat the model in a fraction of the time it would have taken to paint it using a brush. After watching the very good 4 part guide on how to build, paint and apply transfers to an Imperial Knight over on the GW YouTube page I decided to paint my Knight in the colours of House Taranis. Whilst this paint scheme does not include any hazard lines (which I was preparing myself for having to paint), I do like the overall colour scheme as it doesn't feel overly intricate and is focused around colours which are not part of my Space Marine colour scheme. 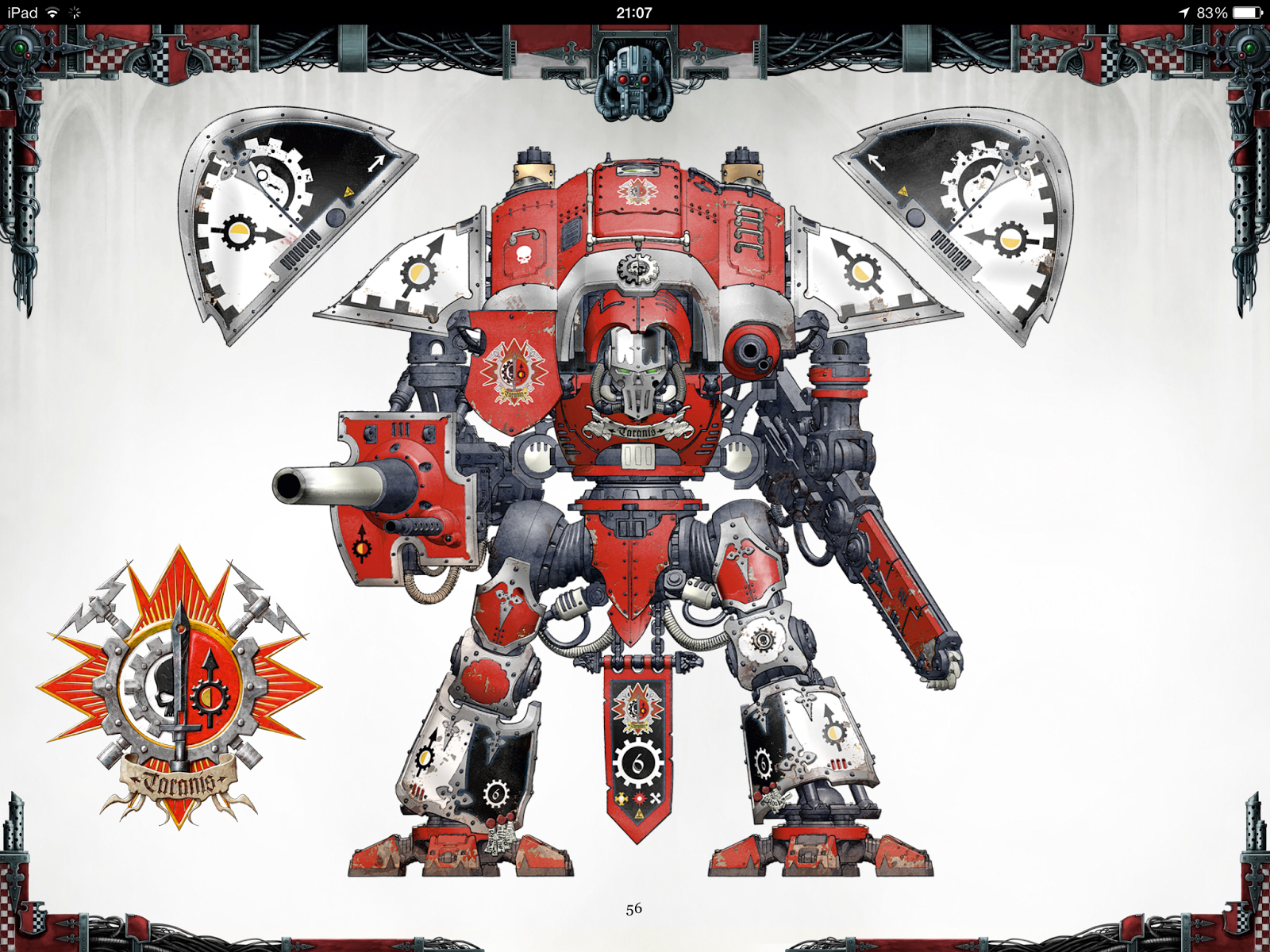