My final Tactical Squad is now done! This is my 3rd squad of Marines and is my 4th troops choice along side my squad of Scout Snipers. Following on from my Command Squad on which I used the airbrush, I used the same technique for these guys... which meant I have been able to complete the whole squad in less than a week. For me that is very good!

As this is a troop choice I decided not to devote an extensive amount of time of ensuring that every tiny detail is painted flawlessly however I considering the balance of time v quality, I am happy with how they have come out. 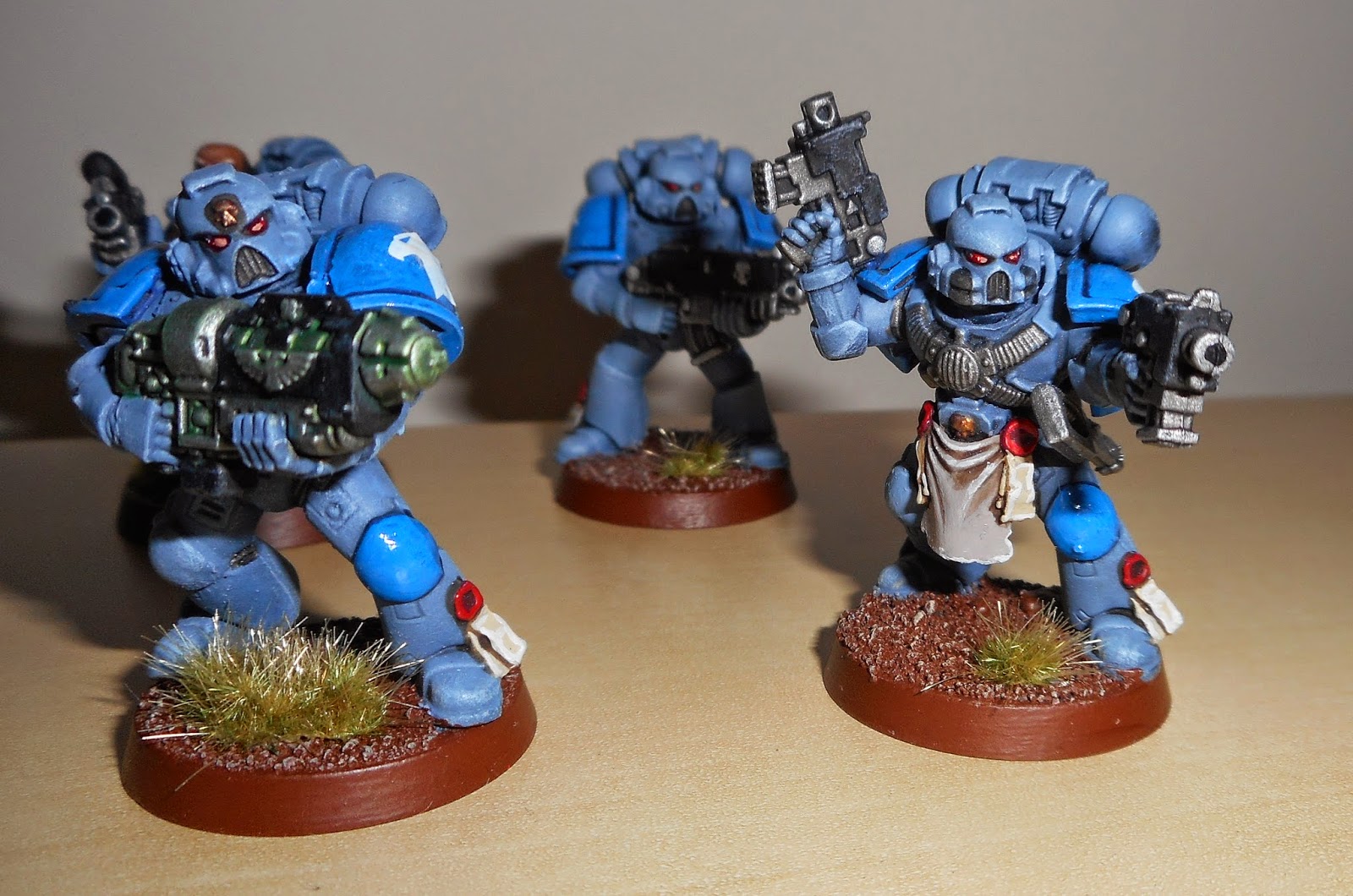 The unit is made up of models donated by my chum Bob and so are a repaint over the top of his paint scheme. This did mean that some of the finer details were lost but again, these guys are only a troop choice and so im not going to worry about that too much. 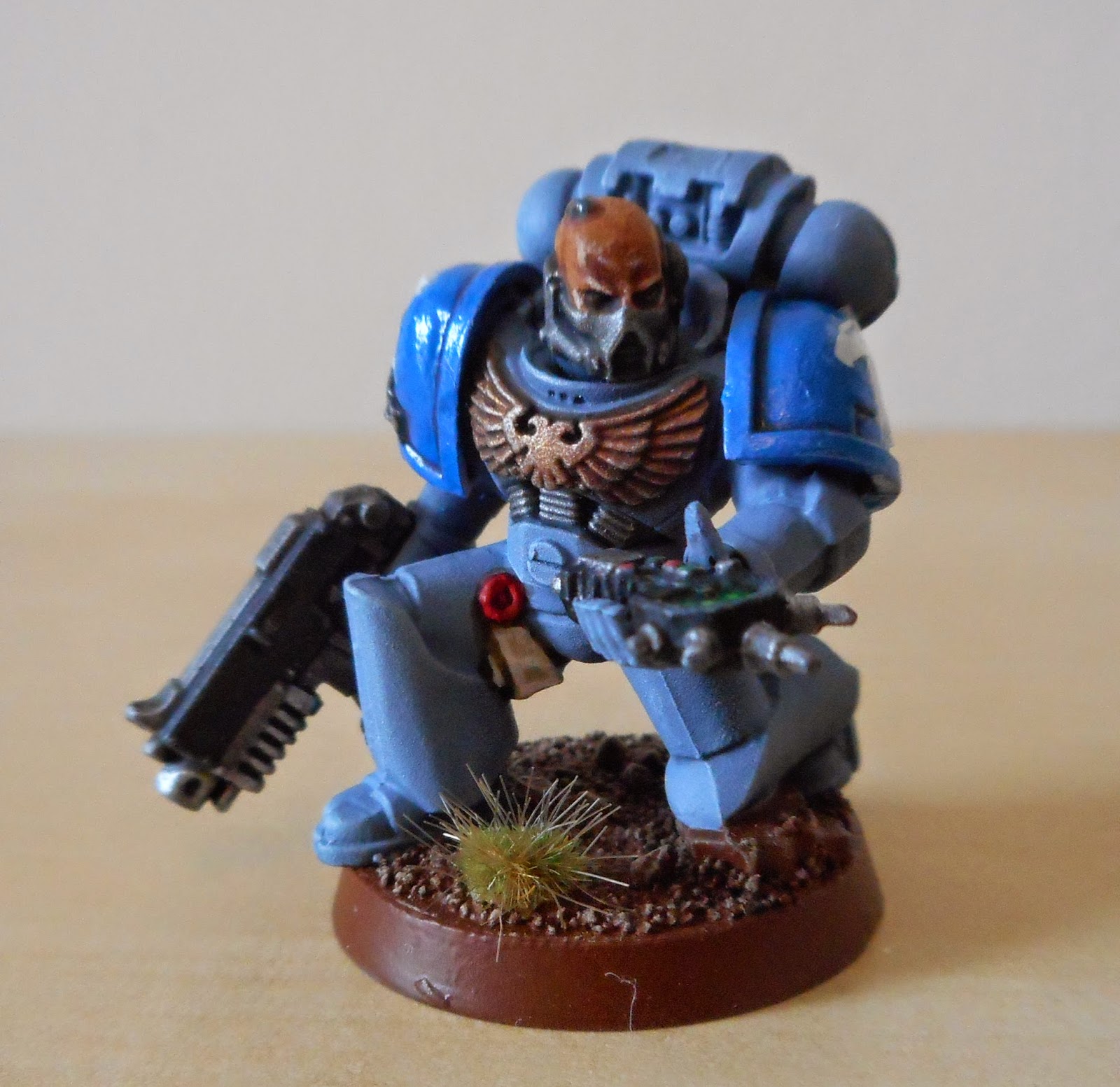