Some photos from the Horus Heresy and 40K exhibition halls. 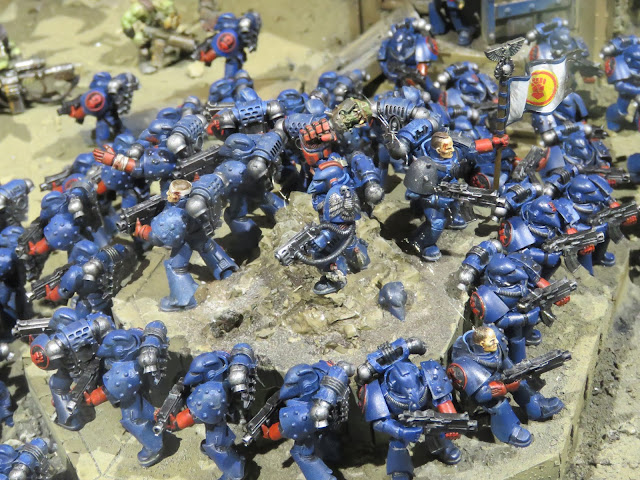 Today I would like to cover a new purchase! ...and one which I've wanted to get started on since the release of Sylvaneth in the middle of 2016.

So, since November I have been working away from home during the week. Whilst spending some rather mundane evenings in various hotels, alongside making good progress with my goal to read at least 12 books in 2017, I'm finding it a challenge to occupy myself in a productive manner. My plan, which links directly to this purchase, is to spend an hour or two per evening building and base coating miniatures. Lets see how it goes! 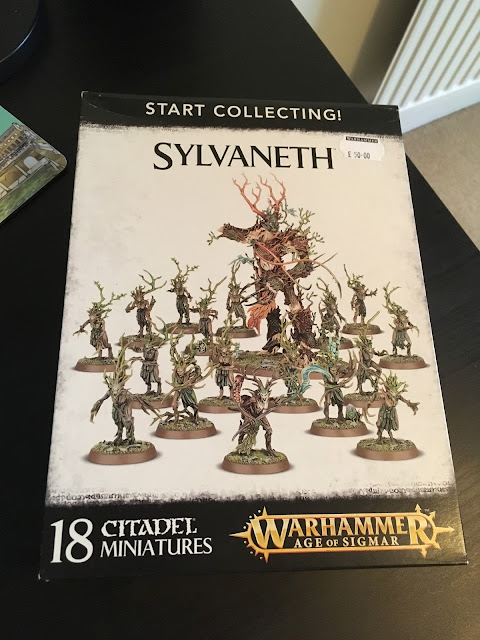 Email ThisBlogThis!Share to TwitterShare to FacebookShare to Pinterest
Labels: Age of Sigmar, Sylvaneth

Some photos from the Age of Sigmar hall 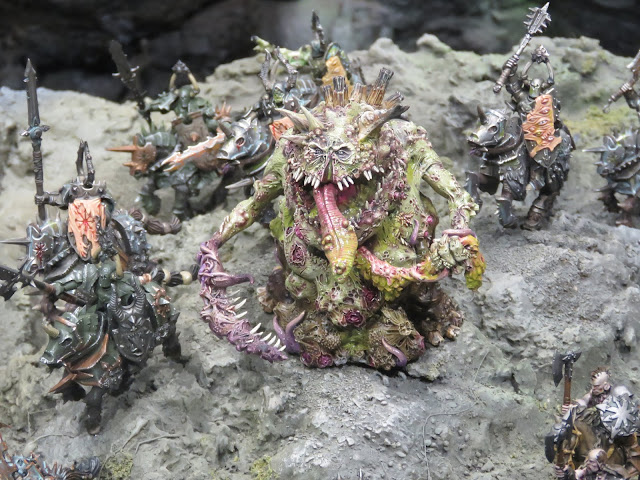 Quick post detailing a WIP on the Human Blood Bowl Team I'm working on. At this point the base colours have been completed. Next up is applying the decals, shading, highlighting and any further detail work. 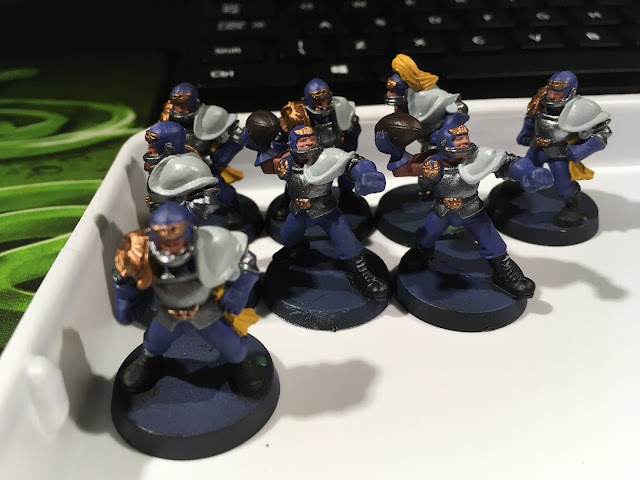 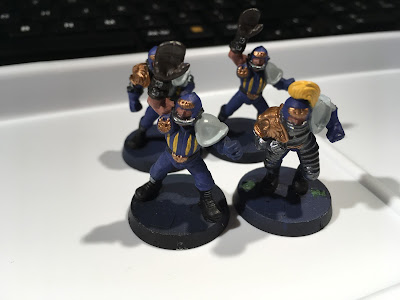 I included a photo of this diorama in my previous post. However, considering much I love Mike McVey's work I wanted to put up some more photos contained within a post dedicated to such a wonderful creation. 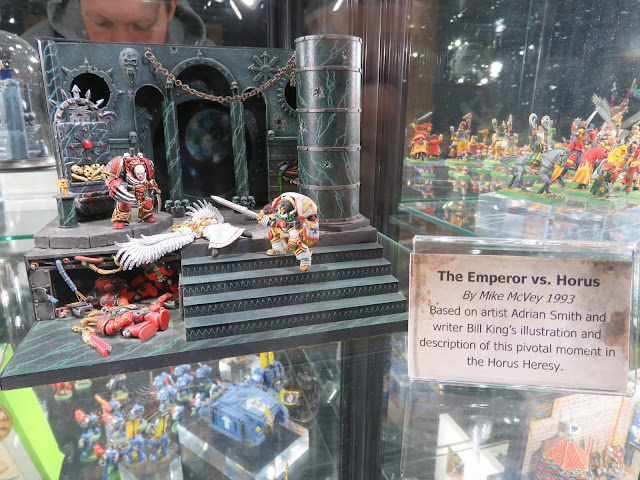 Back in the early nineties, when I first entered into the hobby, this diorama was the first time I ever saw and I remember being blown away by what it represented. To me, this was the first opportunity to see characters like the Emperor, Horus and Sanguinius in model form rather than pictures in books. Compared to today's standards, the models look a little 'old' but its still an awesome piece and I was thrilled to be able to enjoy it once again.
See more photos »
Email ThisBlogThis!Share to TwitterShare to FacebookShare to Pinterest
Labels: 40k, Blood Angels, Horus, Horus Heresy, The Emperor, warhammer world

A few photos covering the 'old stuff' from the initial hall in the Warhammer World Exhibition Centre. 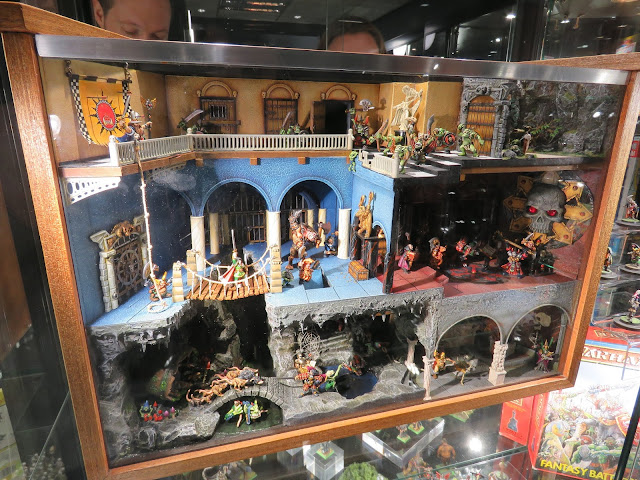 Whilst on annual leave a couple of weeks back my wife and I dropped in to Warhammer World. This was my 4th visit and my wife's first. I haven't visited since GW re-modeled the entrance and exhibition areas; so was very excited to see how it had changed. 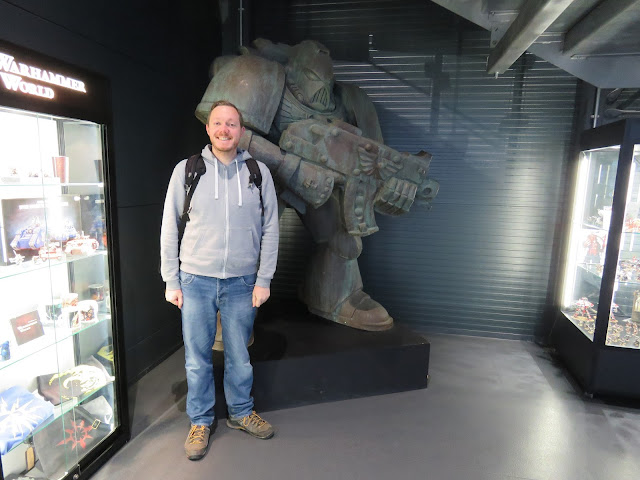 The visit was also a week before my birthday and so my wife was armed with her credit card. At one point I had to refuse her offer to buy me the exclusive Warhammer World Space Marine tank bundle. Yep, she's a keeper! Whilst on the face of it, refusing such an offer would be bonkers, I can't complain about the haul I did leave Warhammer World with (and its nice to leave something for me to pick up next time I visit!):

Since reading the initial Horus Heresy novels last year I have been captivated by Loken and Abaddon. Therefor when I had the chance to pick up whichever HH Character Series I desired, since there is no Sanguinius (yet), it was an easy choice!

The next item on my shopping list, and a book I've wanted to pick up ever since I bought Volume One in the series, was the Imperial Armour Model Masterclass Volume Two. I haven't had the chance to analyse the techniques included in this volume in any detail yet but I'm looking forward to testing out the techniques and following that, during future projects.

Finally, I picked up two of the exclusive Warhammer World miniatures. As I seem to have 'accidentally' started a Stormcast Eternals army (I have the Storm of Sigmar starter set), I figured the Errant-Questor would be a good purchase. Alongside him, I've always wanted a Josef Bugman model... so he ended up in the basket as well!

Overall it was a fantastic day out. I took lots of photos, bought some cool swag and drank some nice ales at the home of GW. This post is the first in a small series of 5. The following 4 posts will cover photos from the Exhibition Centre- which is bloomin' epic!