Last year I went to Warhammer World for my birthday and it was great fun. This year I wanted to improve on a single day visit... so the wife and I went for the weekend! 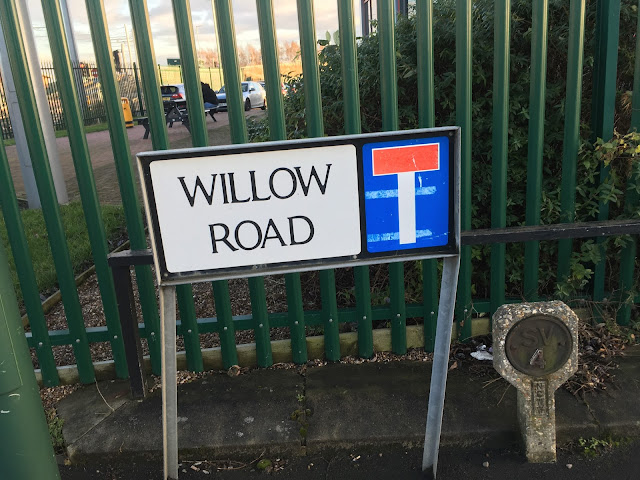 I've been lucky enough to visit Warhammer World 5 times now (i think). It's easy to get caught up in the hyperbole about the place but, after 5 visits, I do feel able to state with a degree of balance, that it's a fantastic place!

The remodelled store and exhibition centre are great. It was good before... but, as with most things relating to GW these days, they've excelled with the changes made. My first 3 visits to WW were with my gaming buddy. He hasn't visited since the remodel and we are both visiting for a gaming weekend at the end of April. I can't wait to see how he reacts (or how much money he spends!!).

As usual, Bugmans was a great place to hang out. I opted for an Engineer Burger one evening. I'm still not entirely sure how I managed to finish it!! It was huge! so tasty though. I sampled a few pints of Blitzers Best as well... cracking pint! Oh, and Bugmans XXXXXX isn't too bad either! 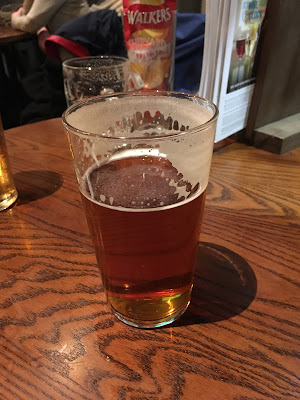 Anyway, my awesome wife presented me with a not insignificant amount of vouchers before we went. I don't think I've ever concentrated so much on choosing what to buy!! Below is a picture of my haul. 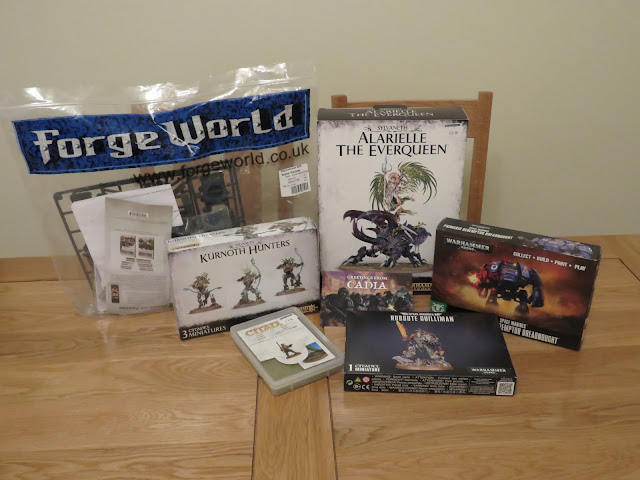 I wanted to achieve 2 goals 1) fleshing out my Sylvaneth list so that I could field 2000 points and 2) add some armour to my upcoming Blood Angels force. The Kurnoth Hunters and Alarielle boxed off my Sylvaneth goal... and I now have 2,300 points available! As for the Blood Angels... I don't especially like the Baal Predator model so chose to go for the Infernus Predator instead. The Easy to Build Repemptor Dreadnought, for £25 was a no-brainer. Guilliman was thrown in as he's a great model, he's a sodding Primarch!!! and I believe he has some cool rules ;)

Expect to see these units being painted up rather quicky!

Today I'm presenting a unit of Tree Revenants that I completed last week.

These models were split down into 2 sub assemblies for painting - tree sections and spirit sections. I did this because I wanted to undercoat the spirit areas of the models with grey rather than black and it also allowed me airbrush both sections much easier!

So, lets go through the process and paint scheme. 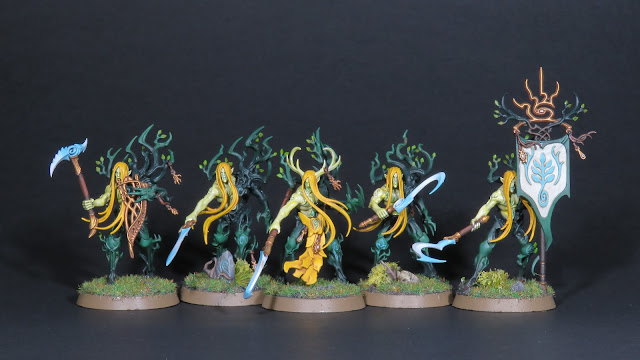 The spirit part of the models were painted Palid Wych Flesh, then shaded with a *very* thinned Athonian Camoshade/Quickshade Wash Mixing Medium mix in order to apply a light shade to the models. Once this had dried I applied a glaze of Lamenters Yellow.

The hair was painted Averland Sunset and highlighted up through Yriel Yellow > Flash Gitz Yellow.

The weapon blades were painted White Scar and then Baharroth Blue was airbrushed onto sections of the weapons to create the transitions. The weapon hafts and details were painted in the gold and brown colour schemes used on the banner (covered below). 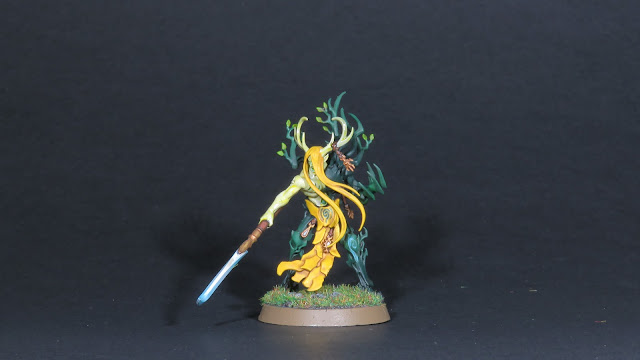 The banner trim and back was painted with Warpstone Glow whislt the motif was painted with Baharroth Blue and the background Celetra Grey. The wooden parts of the banner were painted Rhinox Hind and transitioned to Caliban Green higher up. Again the leaves were painted Moot Green and coated with Lamenters Yellow glaze. Balthasar Gold > Gehenna's Gold >Auric Armour Gold were used for the top section of the banner. 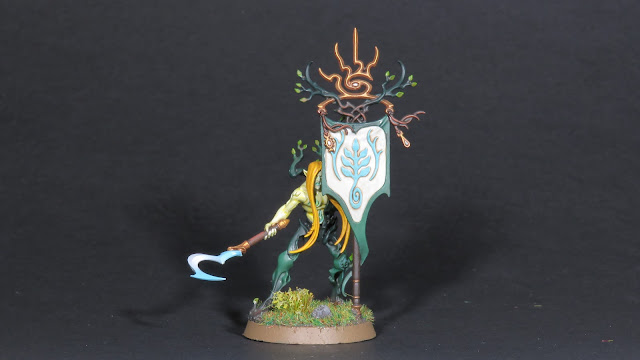 For the final details I applied Baharroth Blue to the rune markings, the leave robe was painted using the standard yellow colours of Averland Sunset > Yriel Yellow > Flash Gitz Yellow.

Once I had completed the painting, I applied 2 coats of Gloss Varnish and then coated the models in a 50/50 mix of Army Painter Soft Tone and Quickshade Wash Mixing Medium. Once that had dried the models were based as per my other Sylvaneth models.
No comments:
Email ThisBlogThis!Share to TwitterShare to FacebookShare to Pinterest
Labels: Age of Sigmar, Archers, Sylvaneth, Tree Revenants
Newer Posts Older Posts Home
Subscribe to: Posts (Atom)