So I recently had to attend a meeting in London and had some free time afterwards. What better than to sample some beers and visit some of the GW stores in central London! My first port of call was the GW store in Covent Garden. 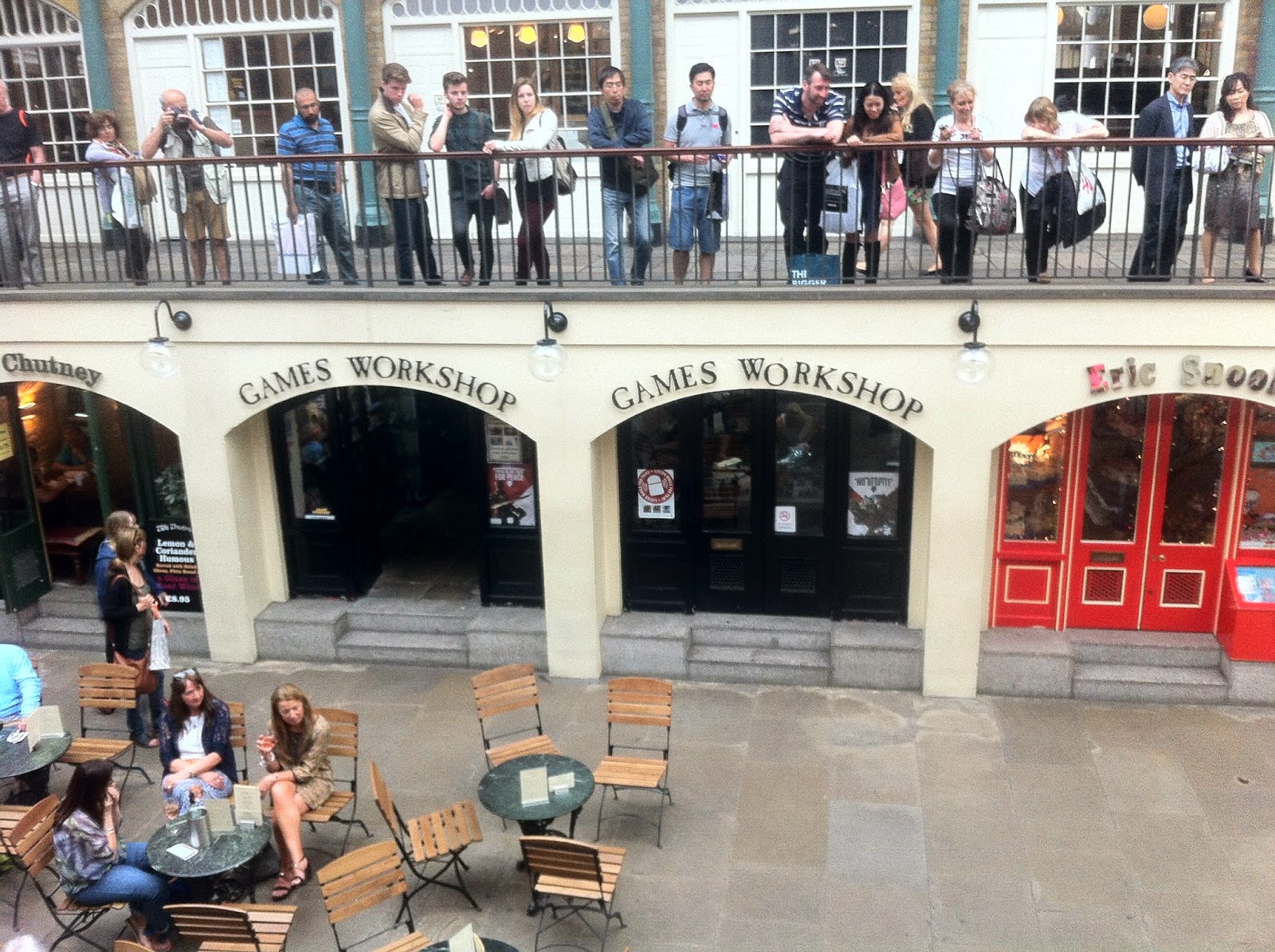 This is probably the most unique GW store I have visited! It's pretty small, being built in the basement of the Victorian Covent Garden Market. It had a good selection of products but had (maybe not surprisingly) sold out of White Dwarf (the pre 7th Ed edition).

Next up (on my hunt for White Dwarf) was a trip over to the Oxford Road store. By this point in the afternoon I had consumed a *few* ales but still managed to locate the store without any problems- even though it was hidden in a rather faceless shopping arcade (mall). This store was much bigger; with some awesome gaming tables (see below) and of course very helpful staff on hand. Thank fully they had some copies of White Dwarf left! Mission Accomplished!! 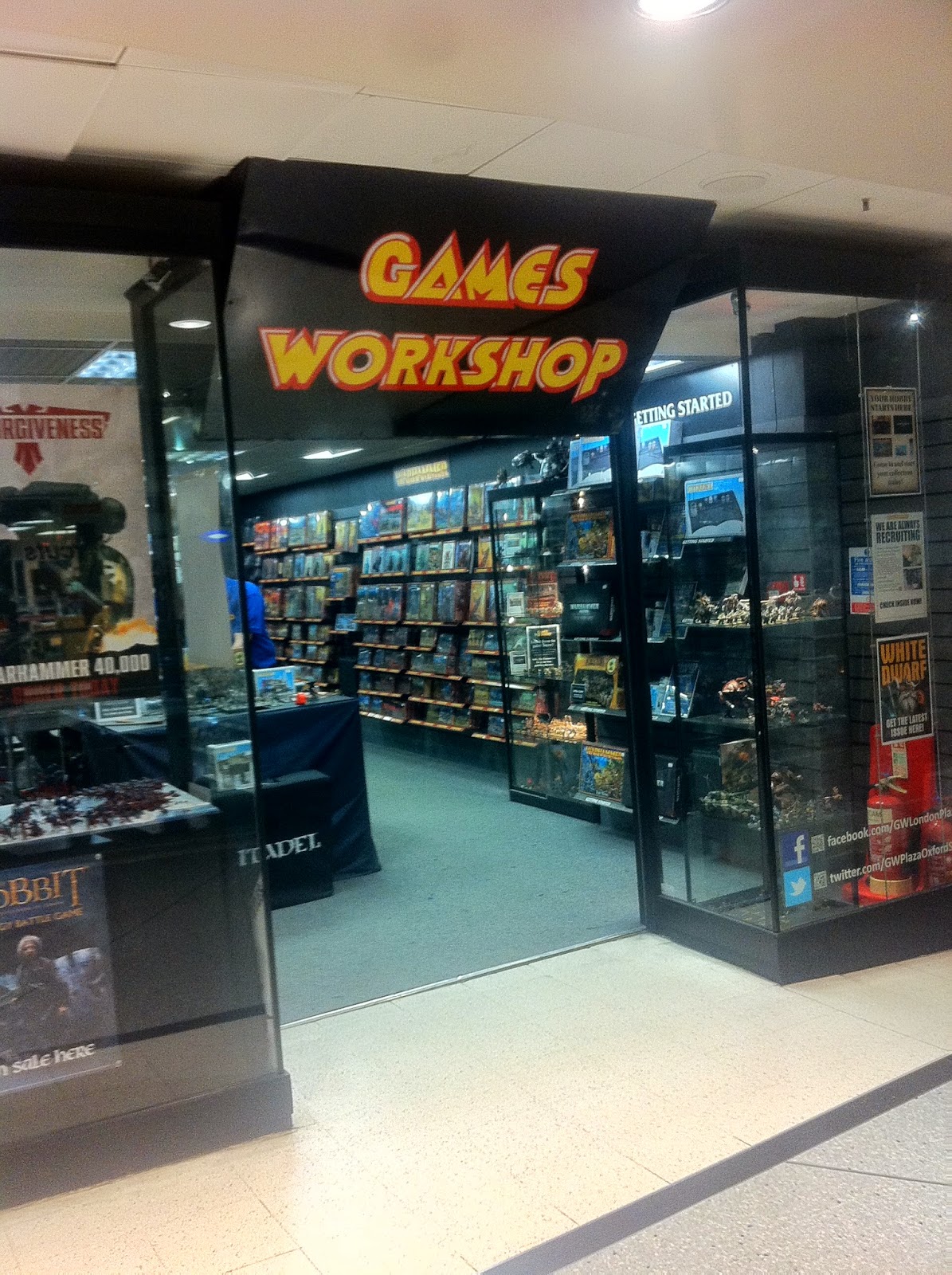 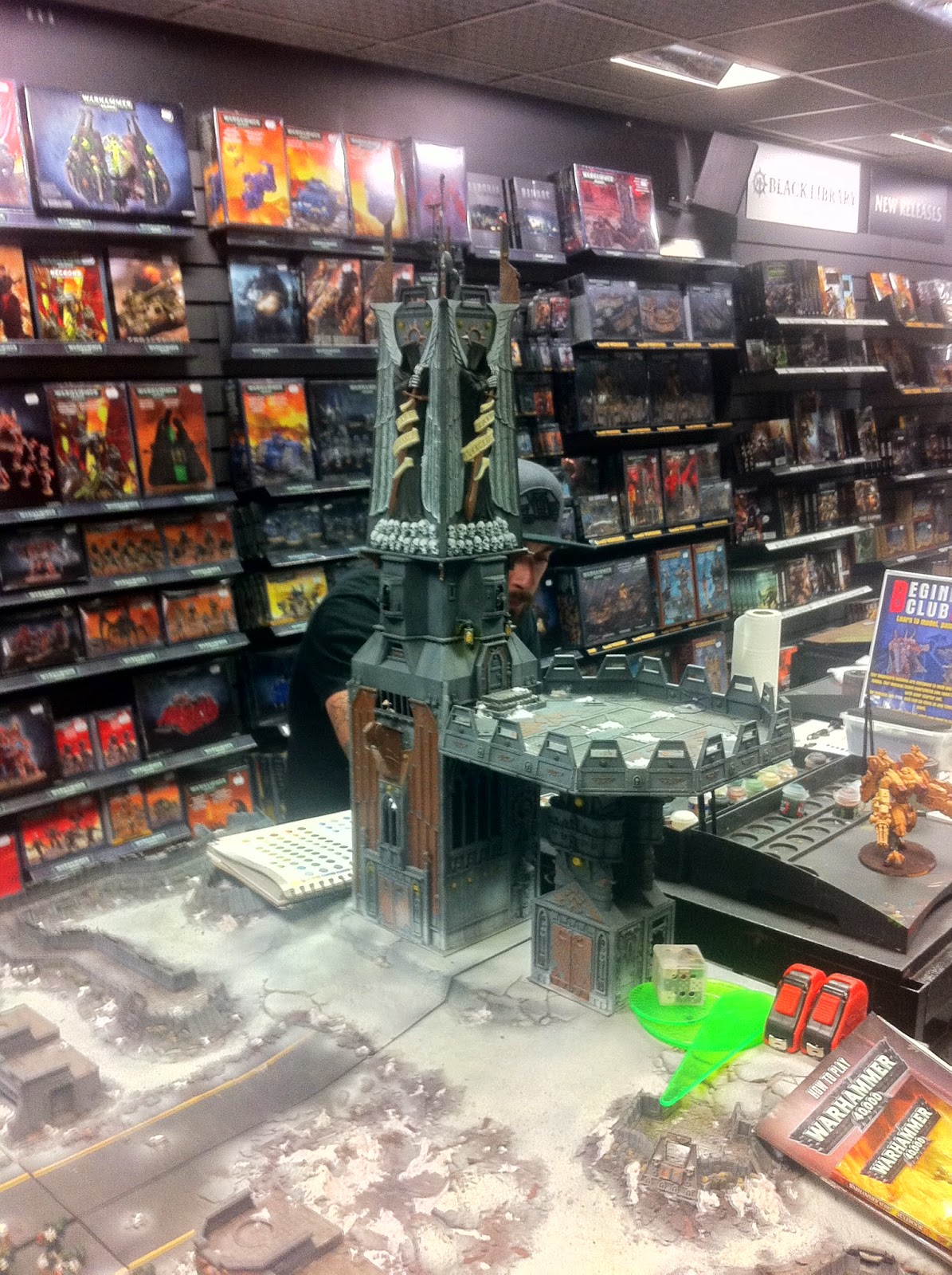 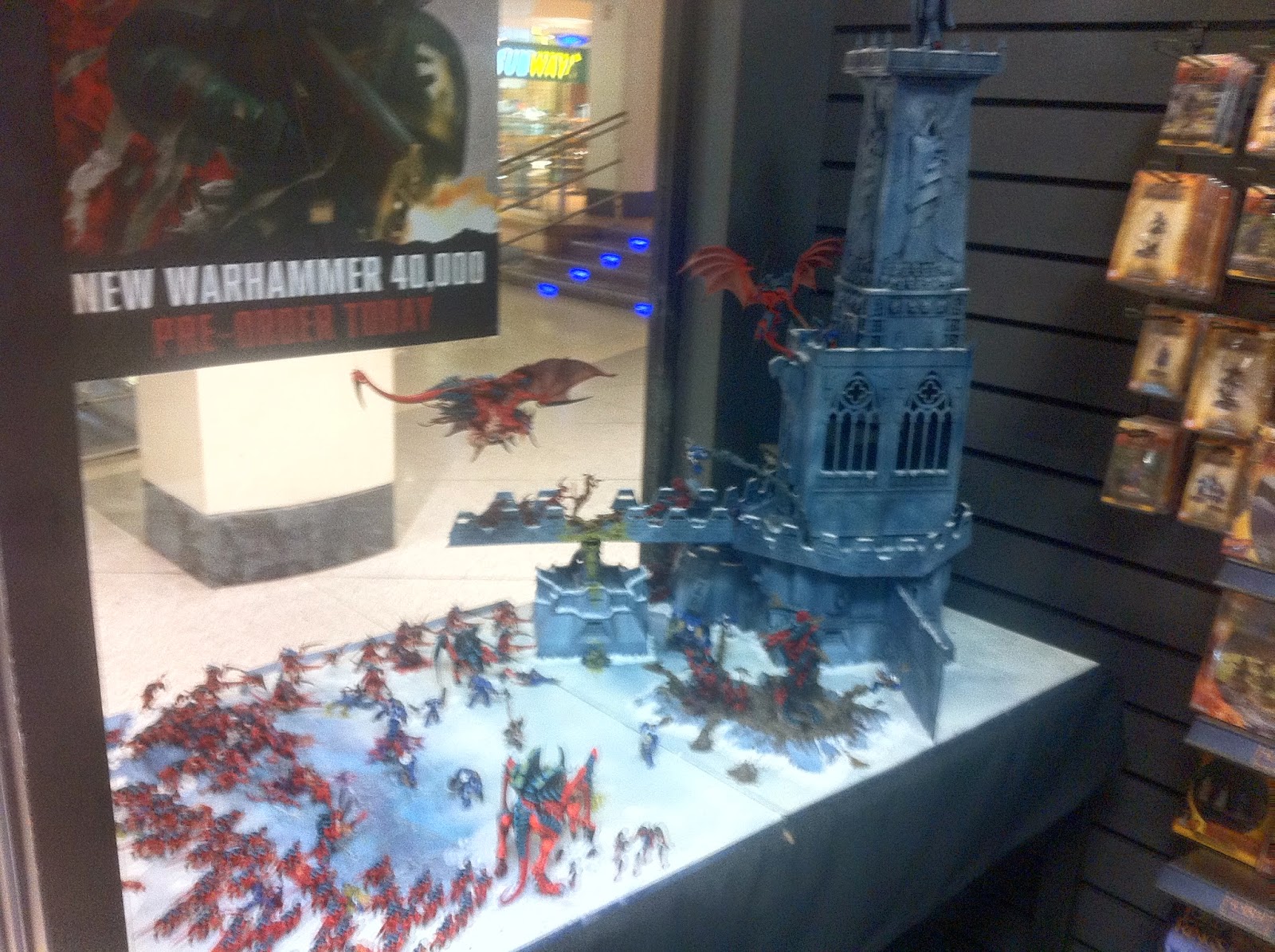 Unfortunately by the time I had gained possession of White Dwarf, I had 5 pints inside me and had been walking around London for hours... so the White Dwarf was placed in my bad and didn't get looked until the following day.
Email ThisBlogThis!Share to TwitterShare to FacebookShare to Pinterest
Labels: GW
Newer Post Older Post Home