My friend and I had decided that we wanted to get as many as our models on to a table as possible. With this in mind we booked the Fort Pain 12ft x 6ft gaming table. As you can see below the scenery and level of detail is stunning. It was a privilege to play on such a board! 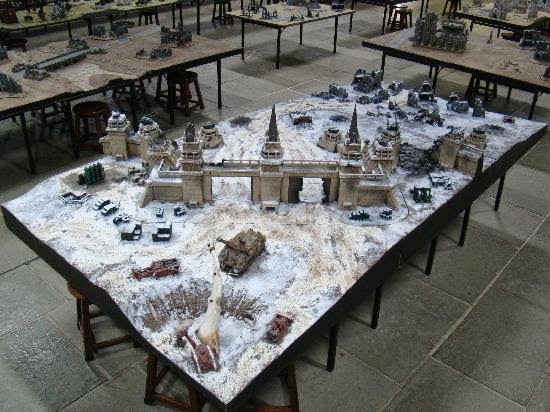 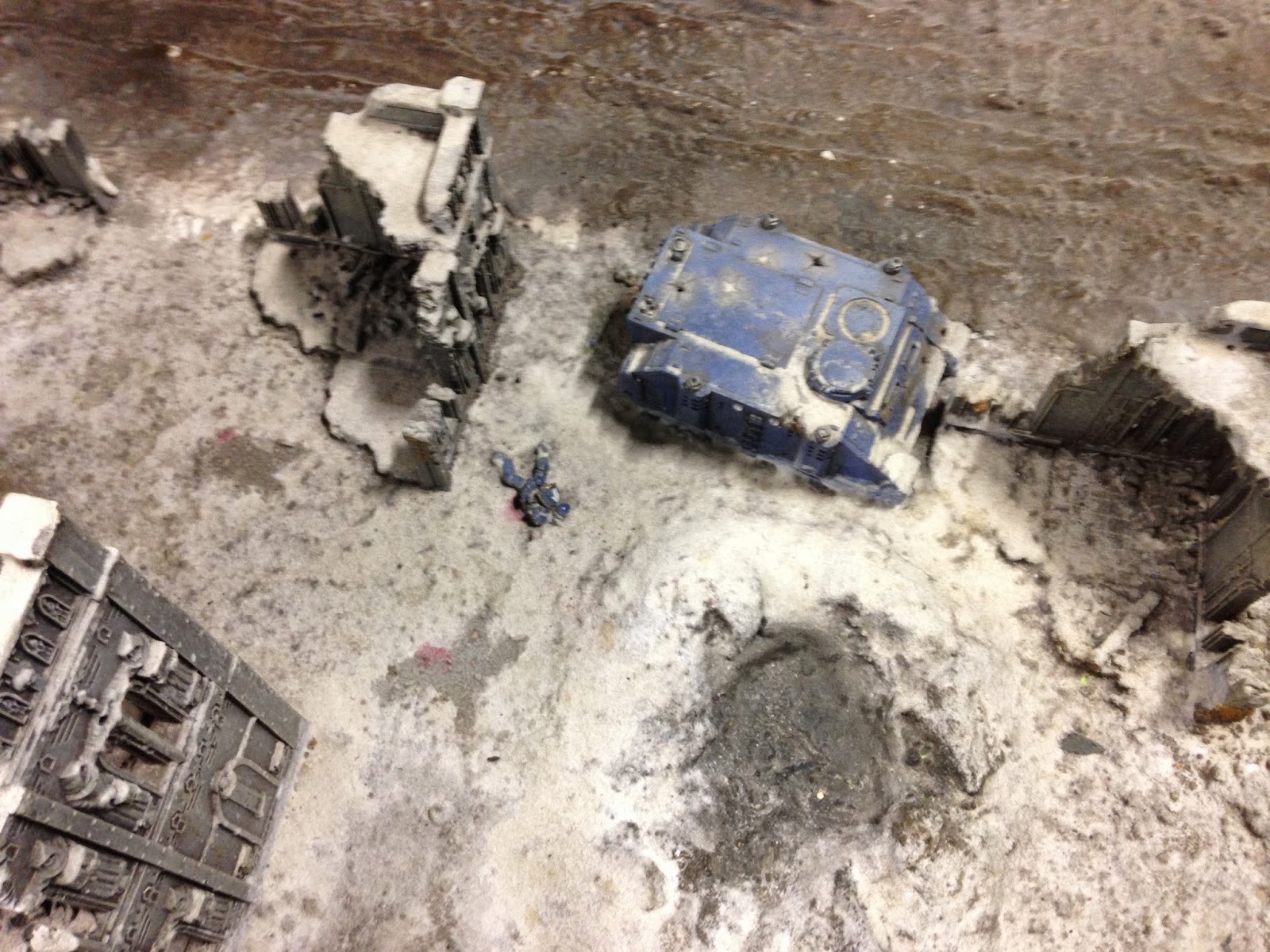 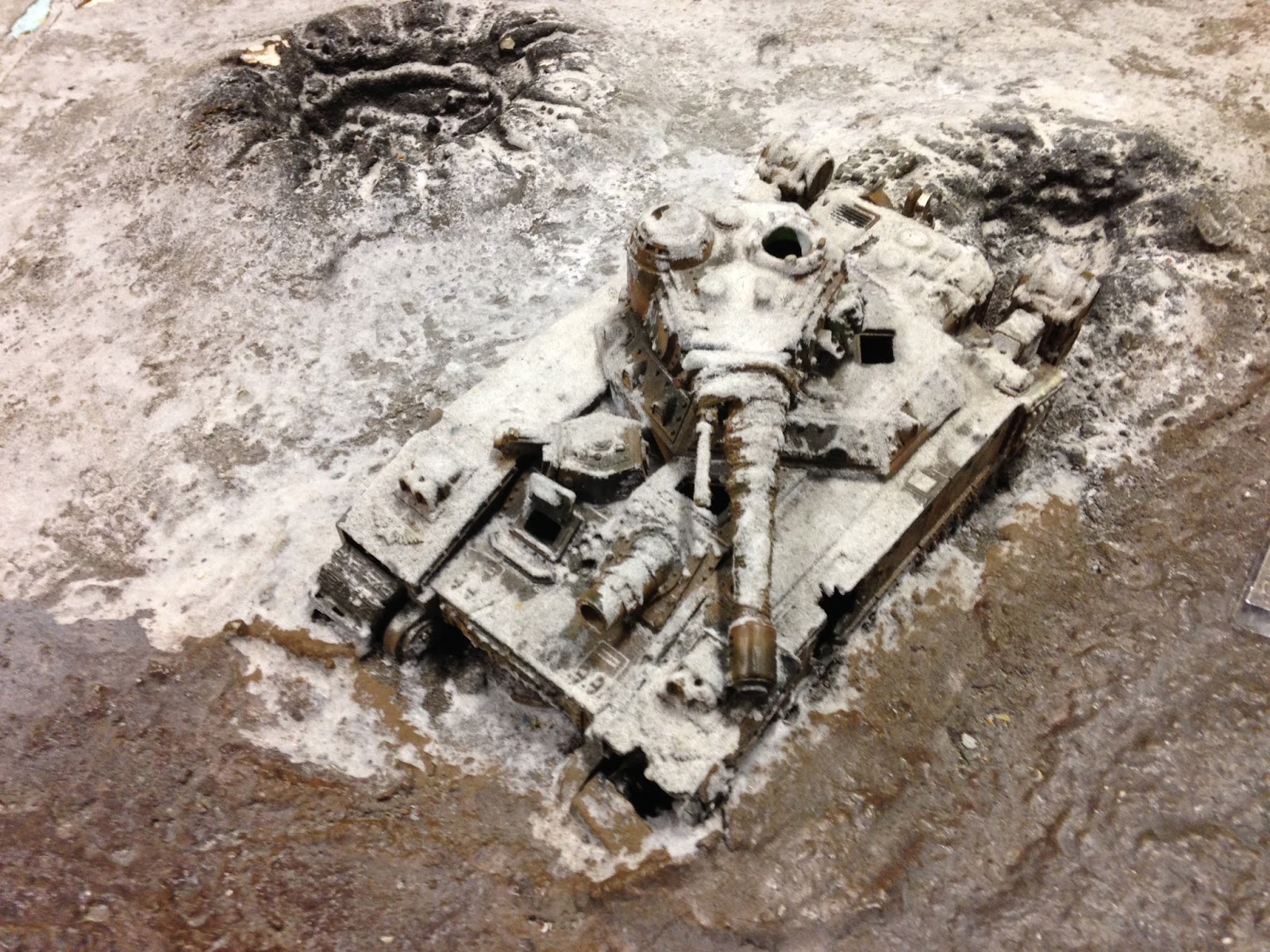 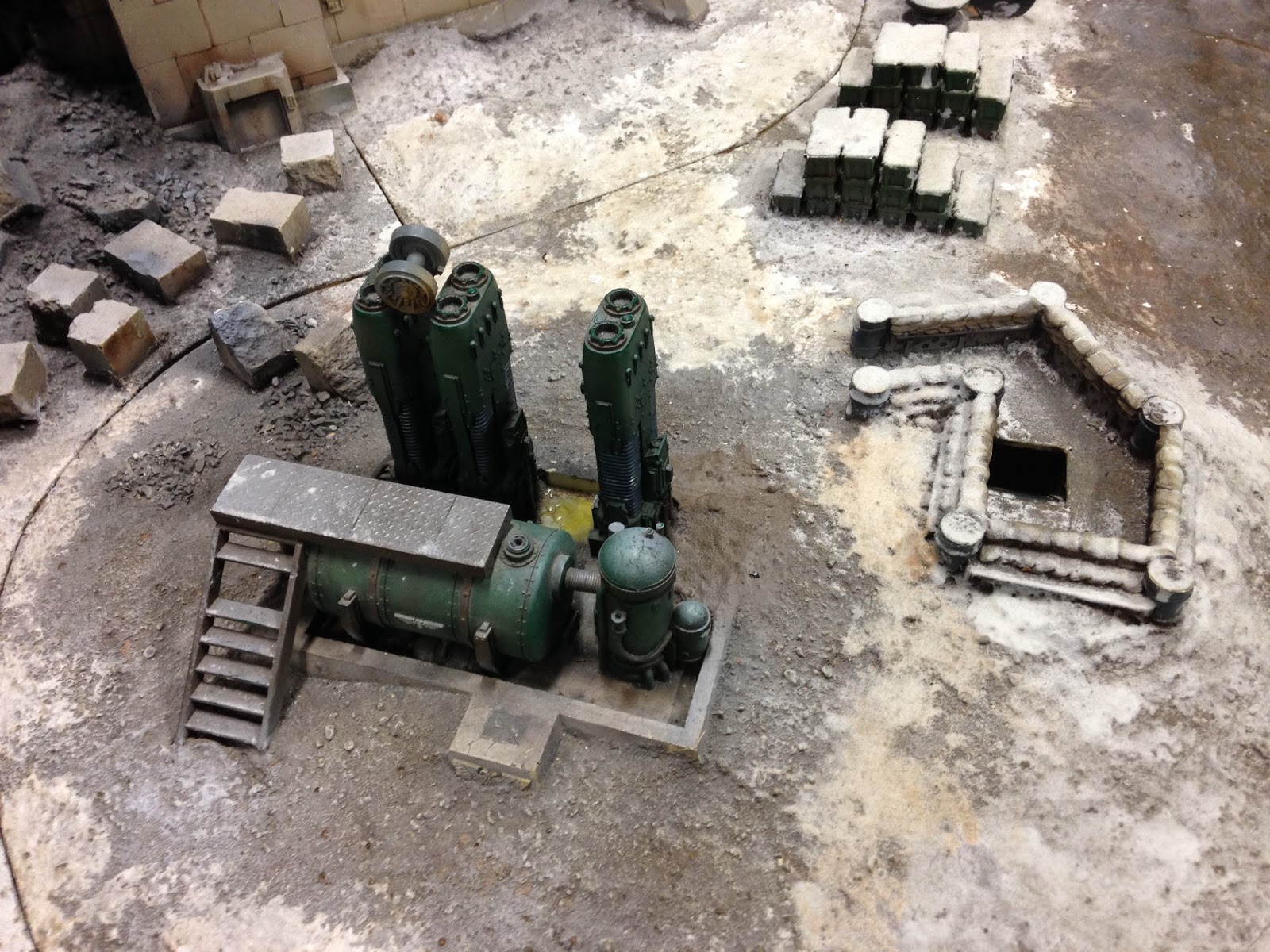 
In preparation for the weekends 'main even' (game 2) we agreed to play a 1,000 points warm up game. My force was as follows:

We played the 1st Maelstrom of War mission which was our first experience of the new 7th edition mission set. It was a great warm up game, my first battle using my Imperial Knight and he helped secure a result in my favour. Lysander and the Imperial Knight were immense and won the game for me. 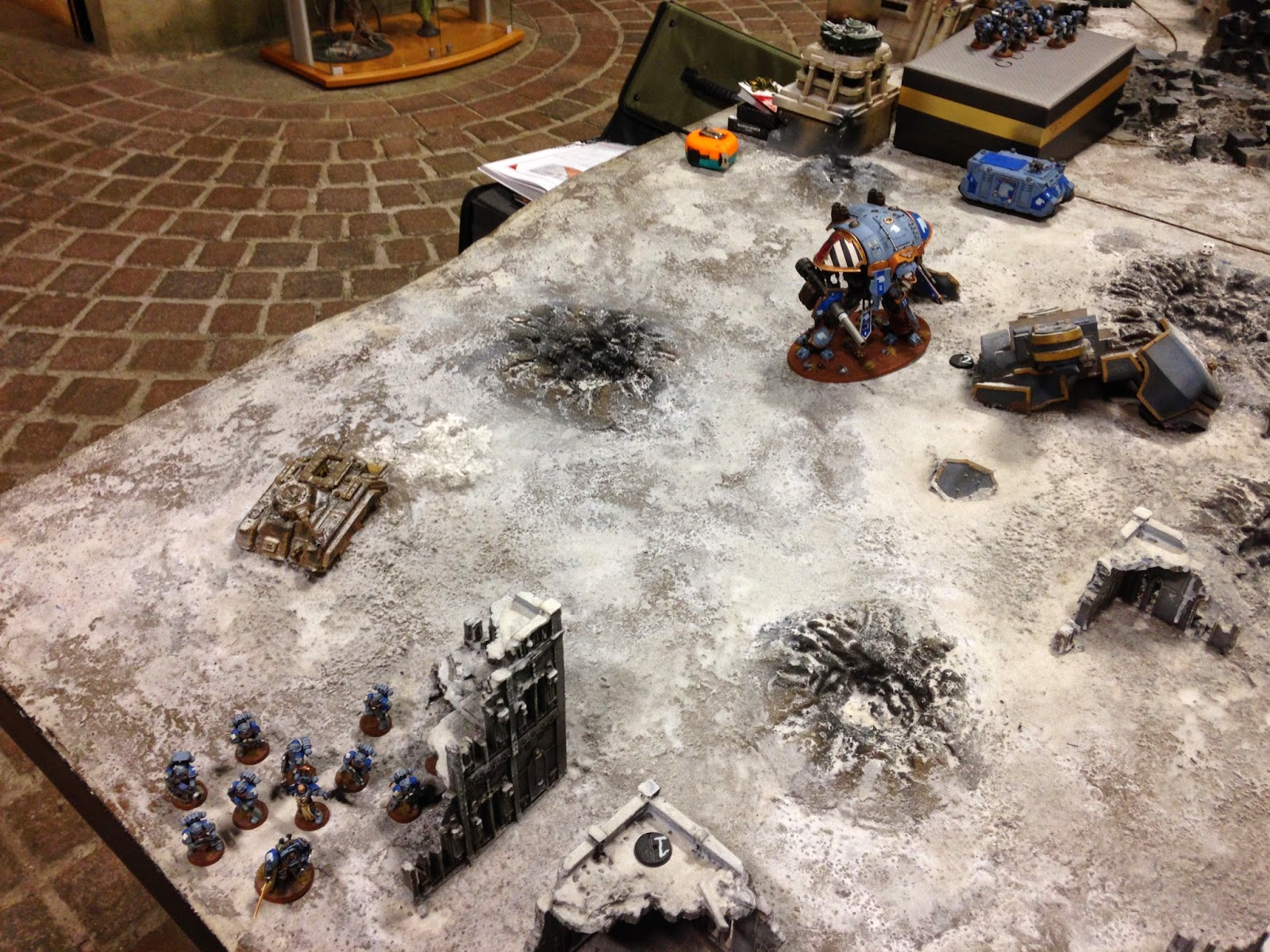 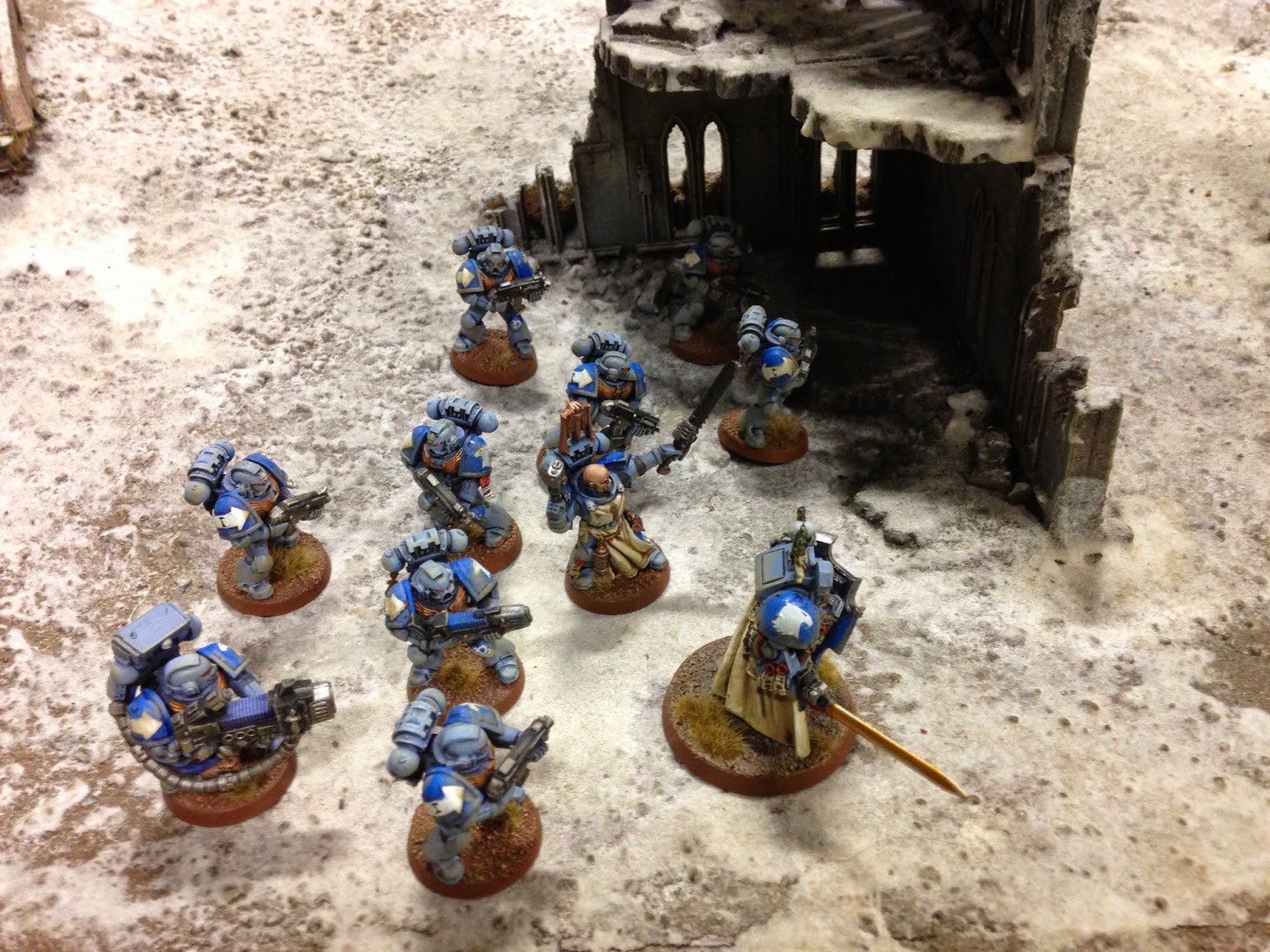 
This was the main event. We calculated that between us it would be possible to field 5k points of fully painted models on each side. I went with my Space Marines and Imperial Knight and used my friends Grey Knights and his Imperial Knight.

We set up the board  so that my forces were defending the fortress and my opponent was tasked with capturing the control points which we positioned around the walls/inner points of interest. 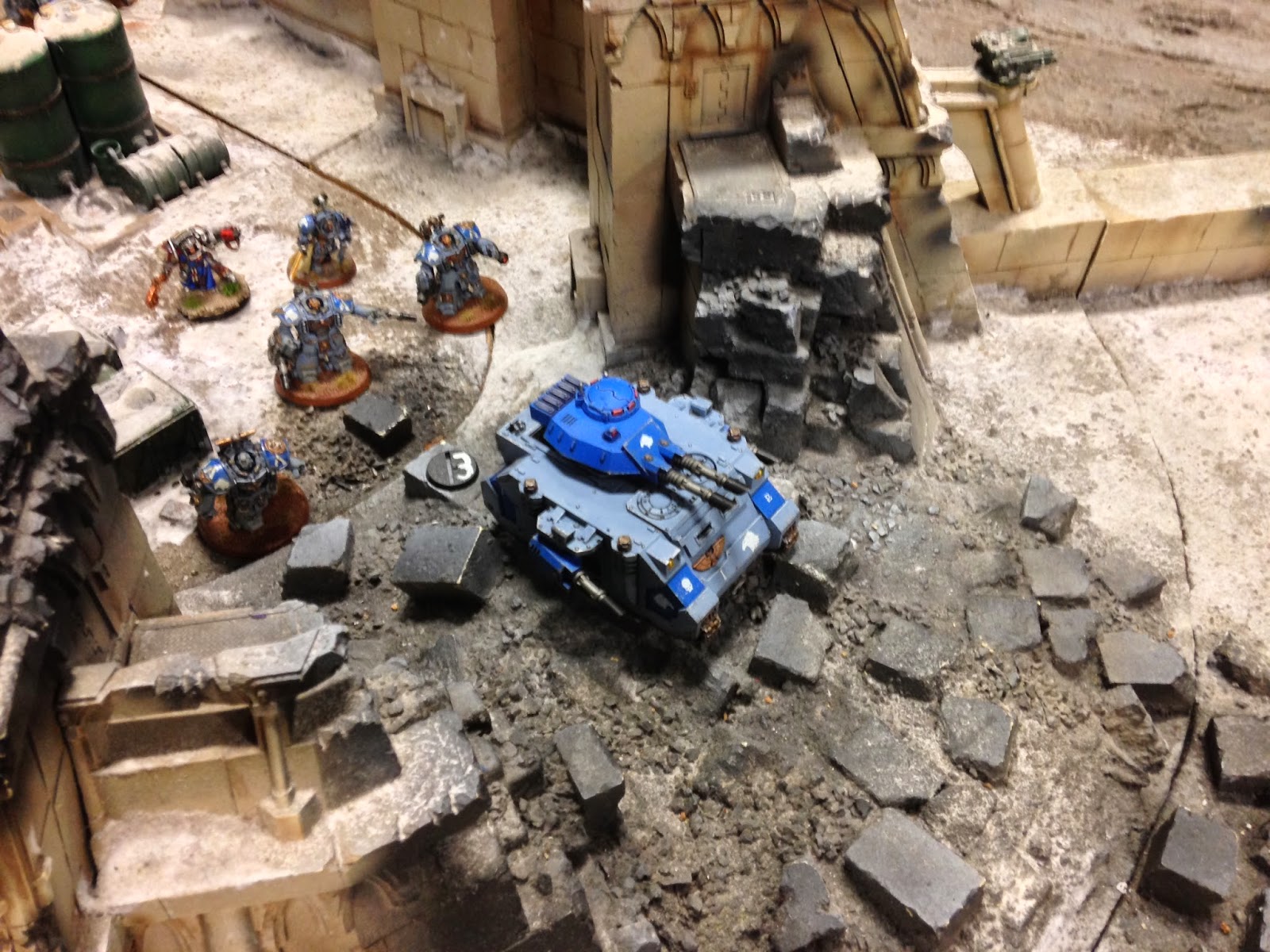 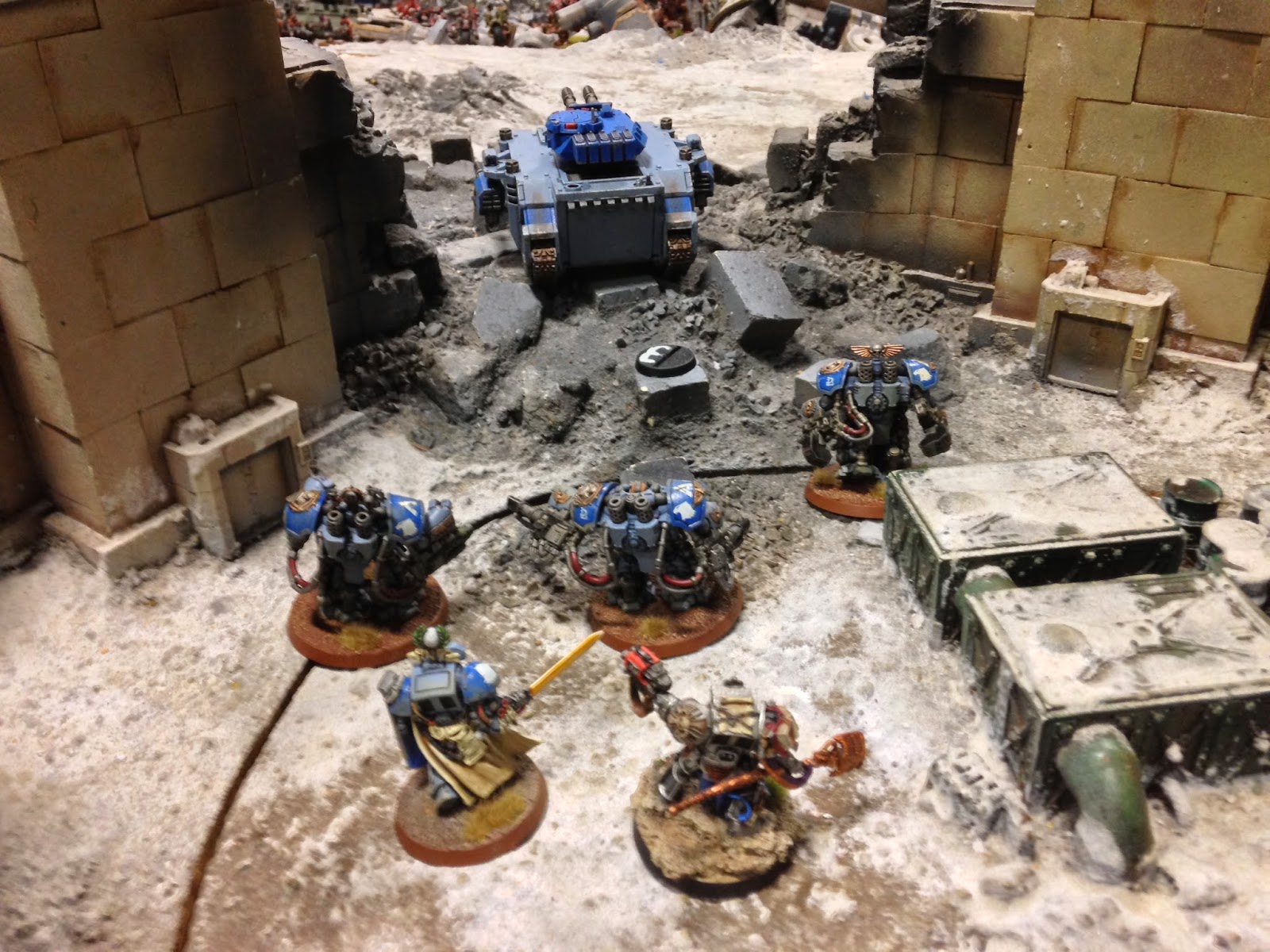 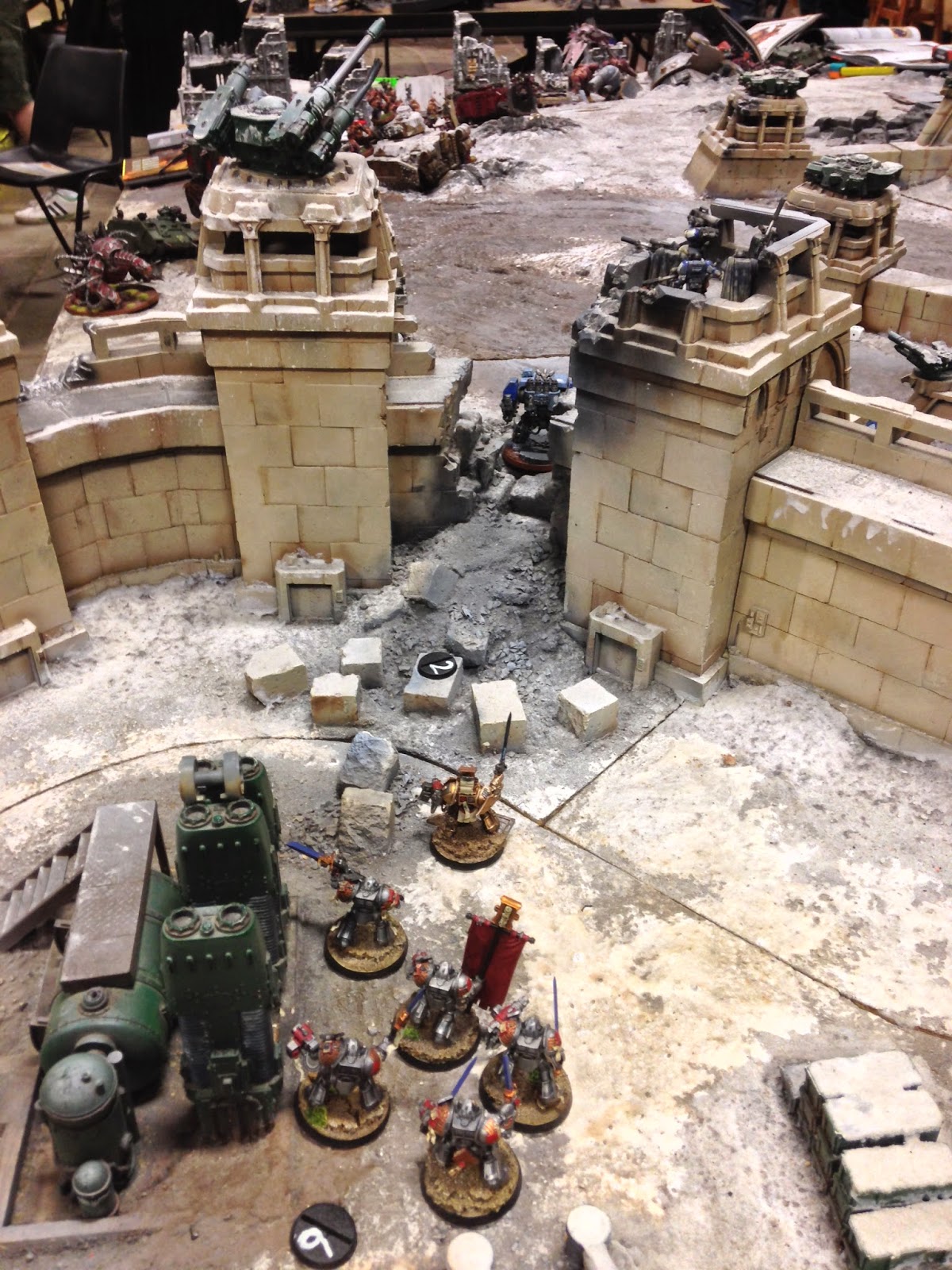 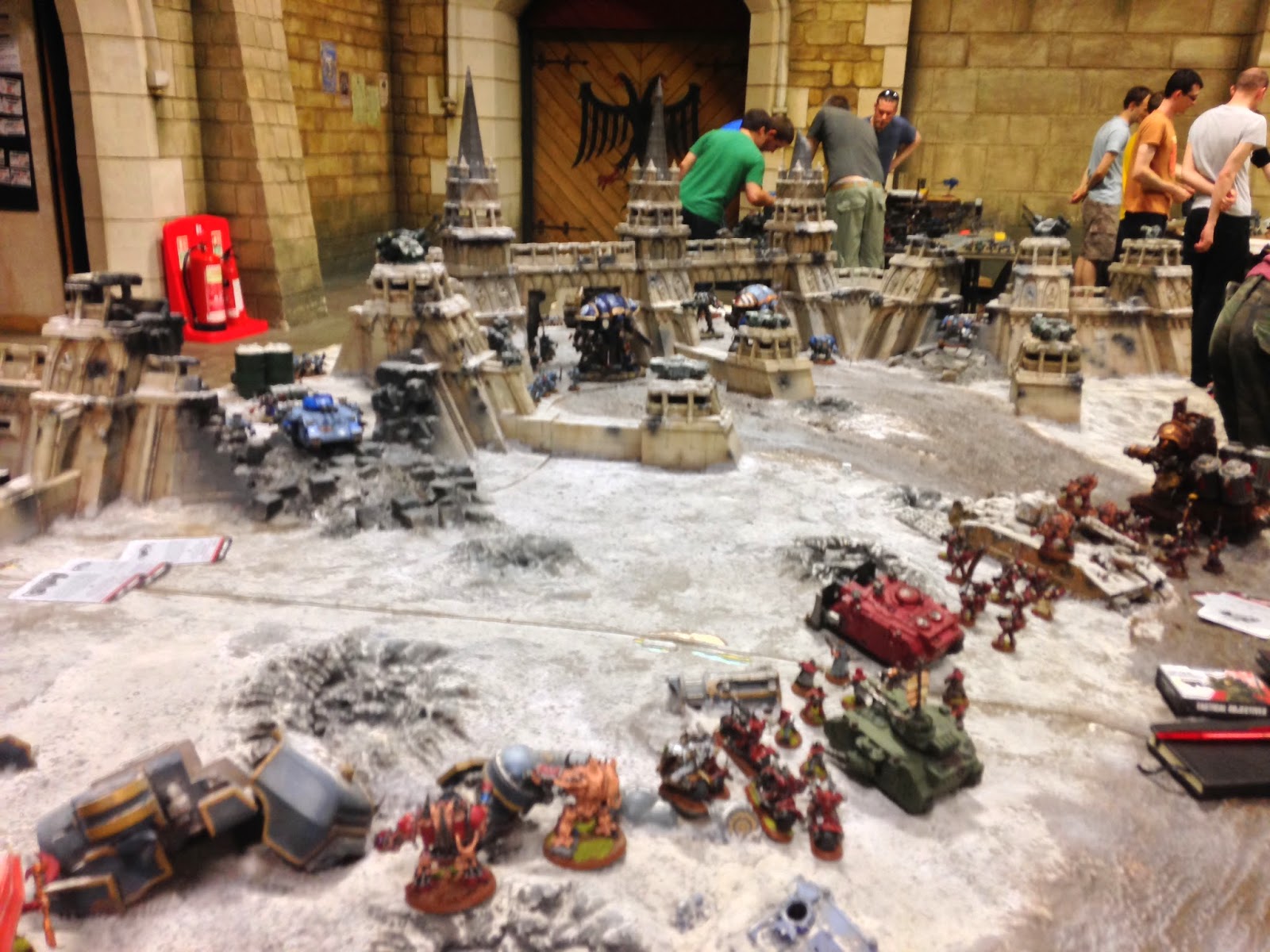 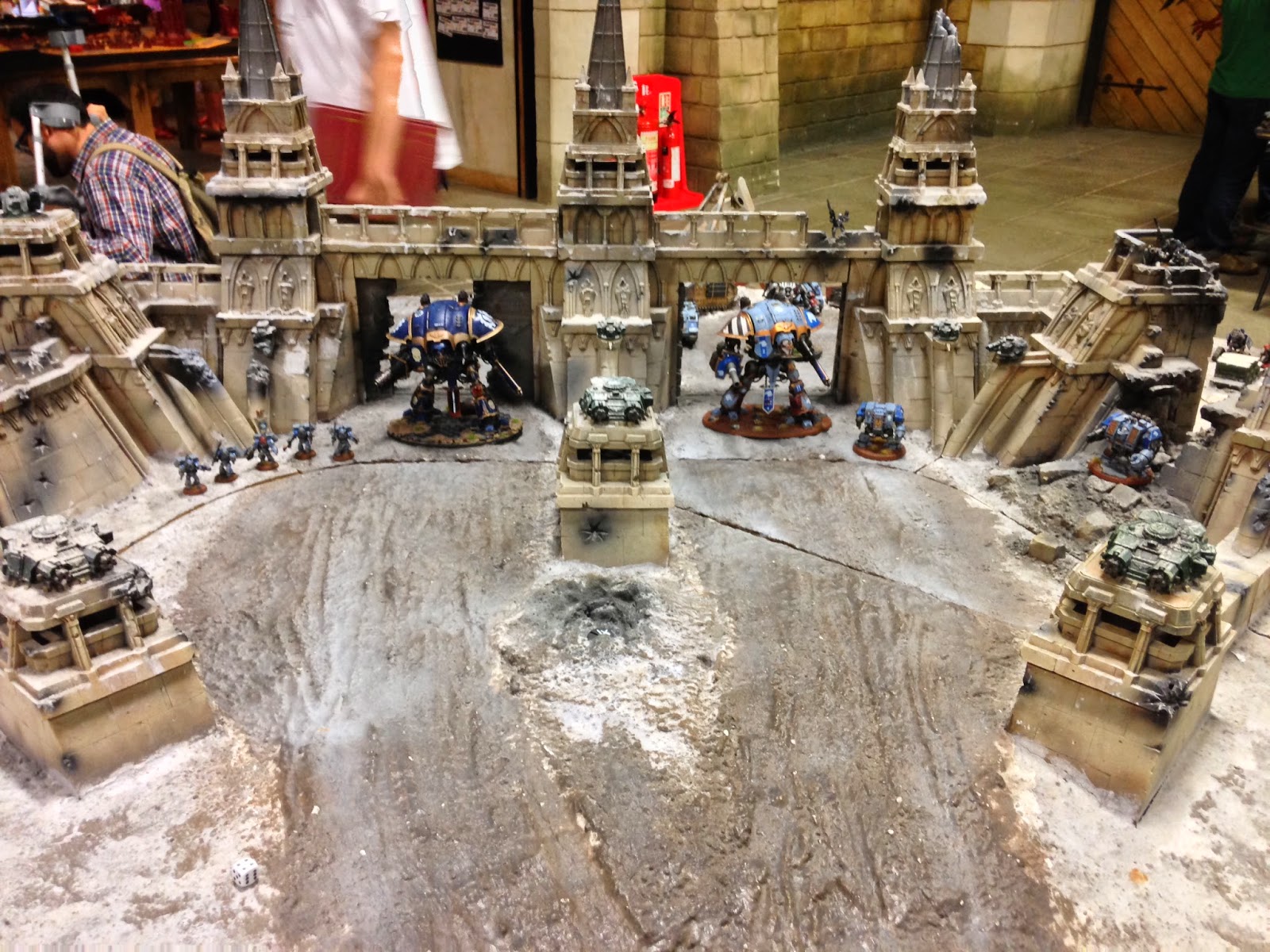 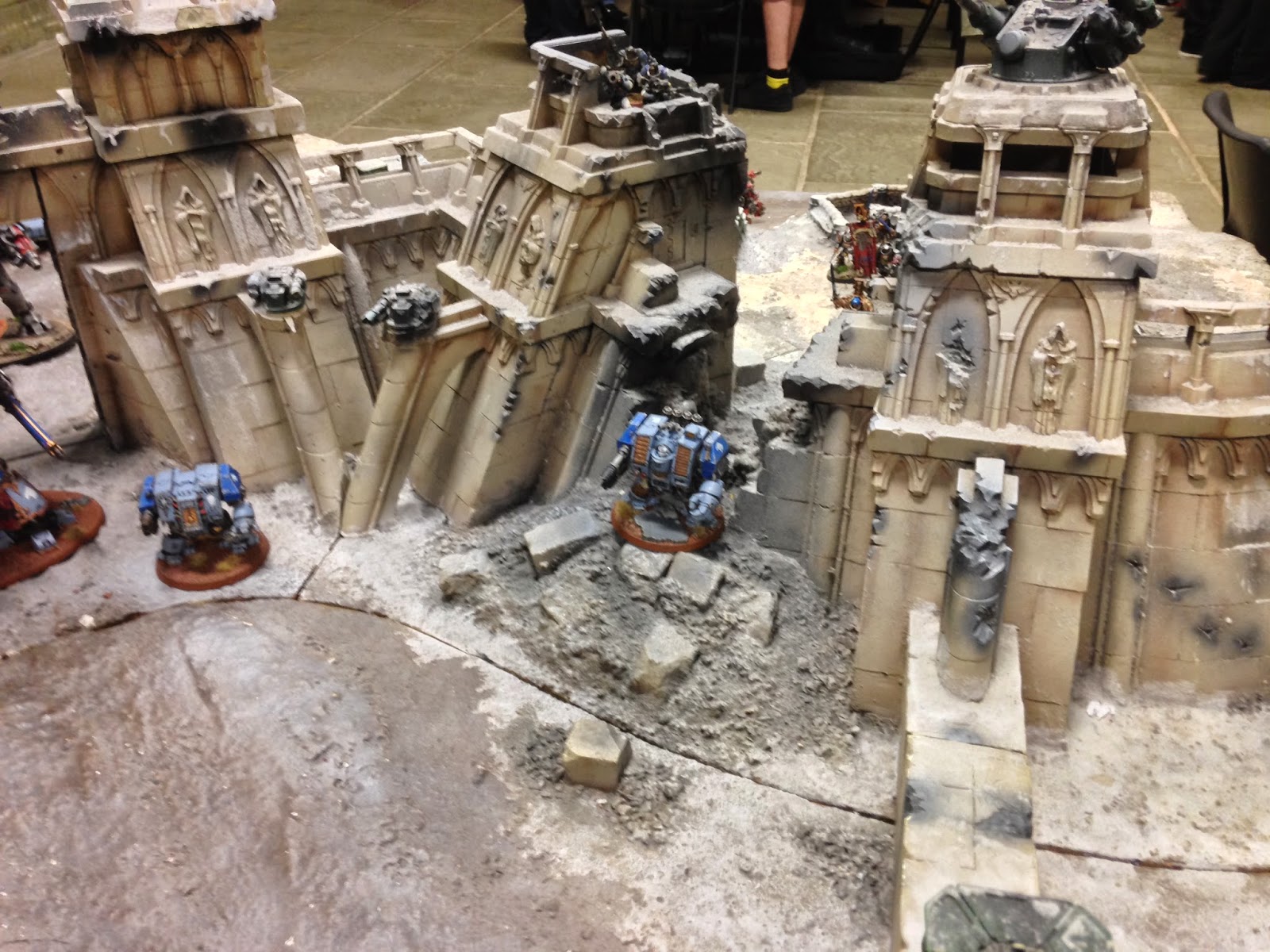 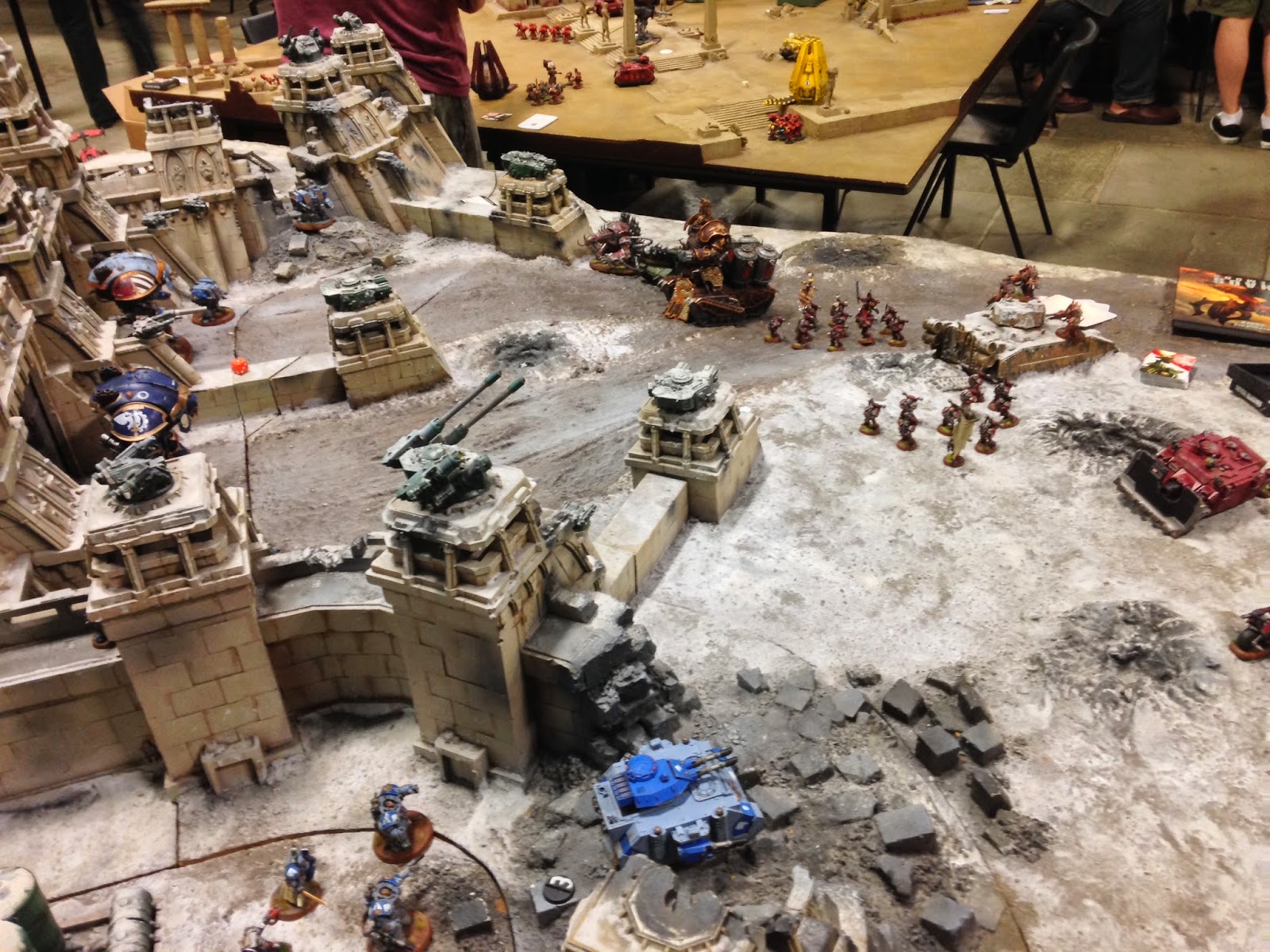 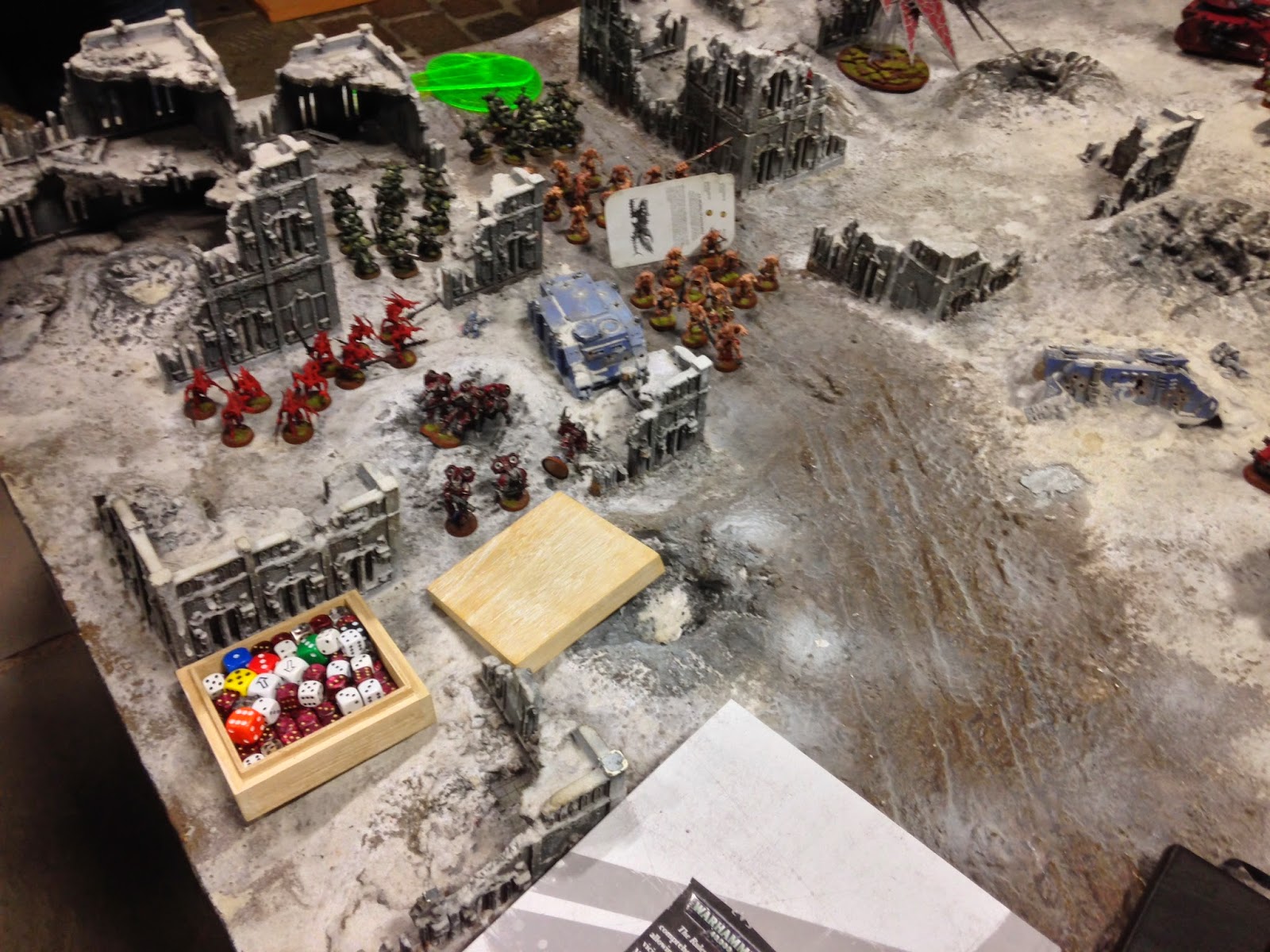 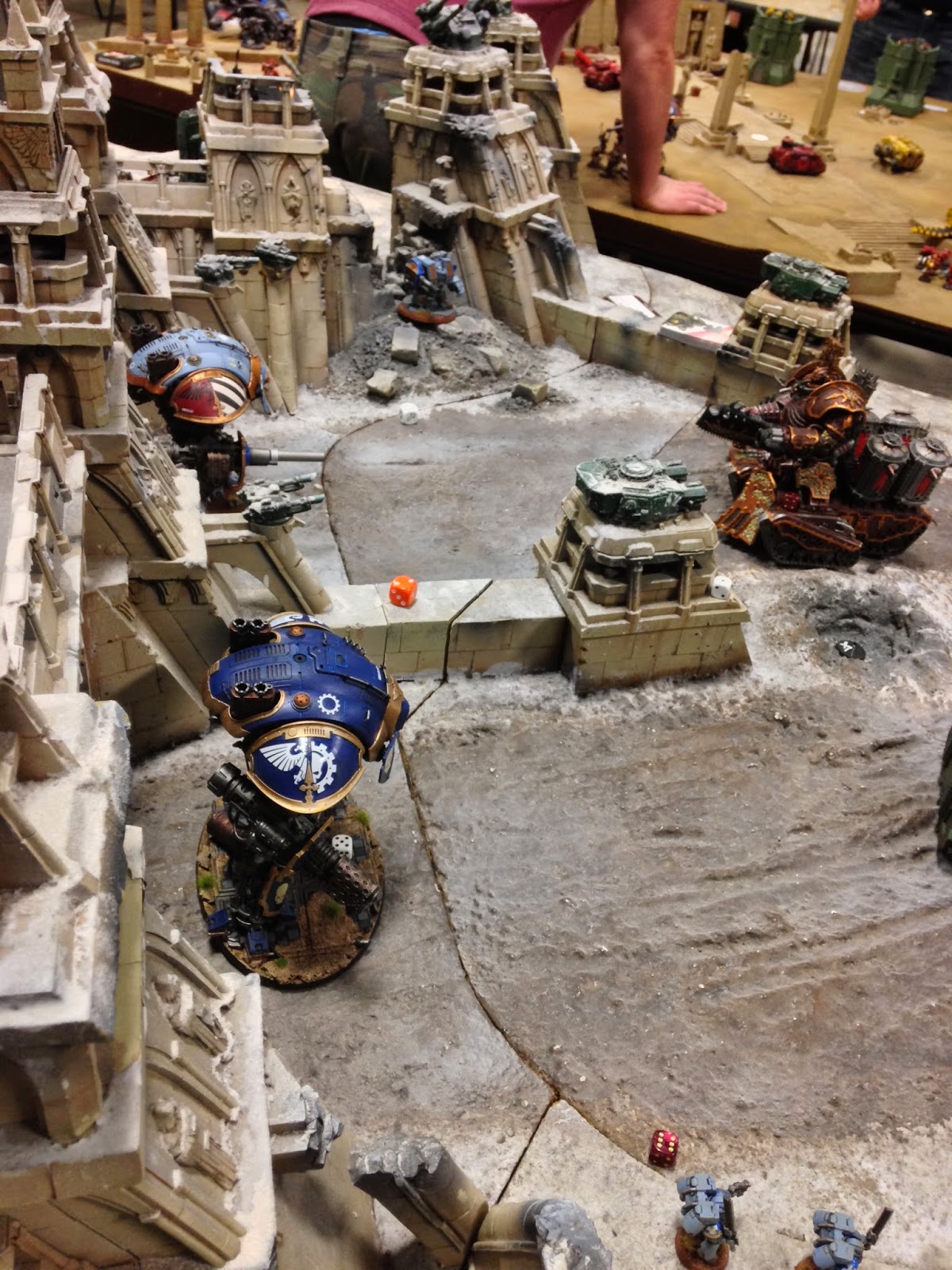 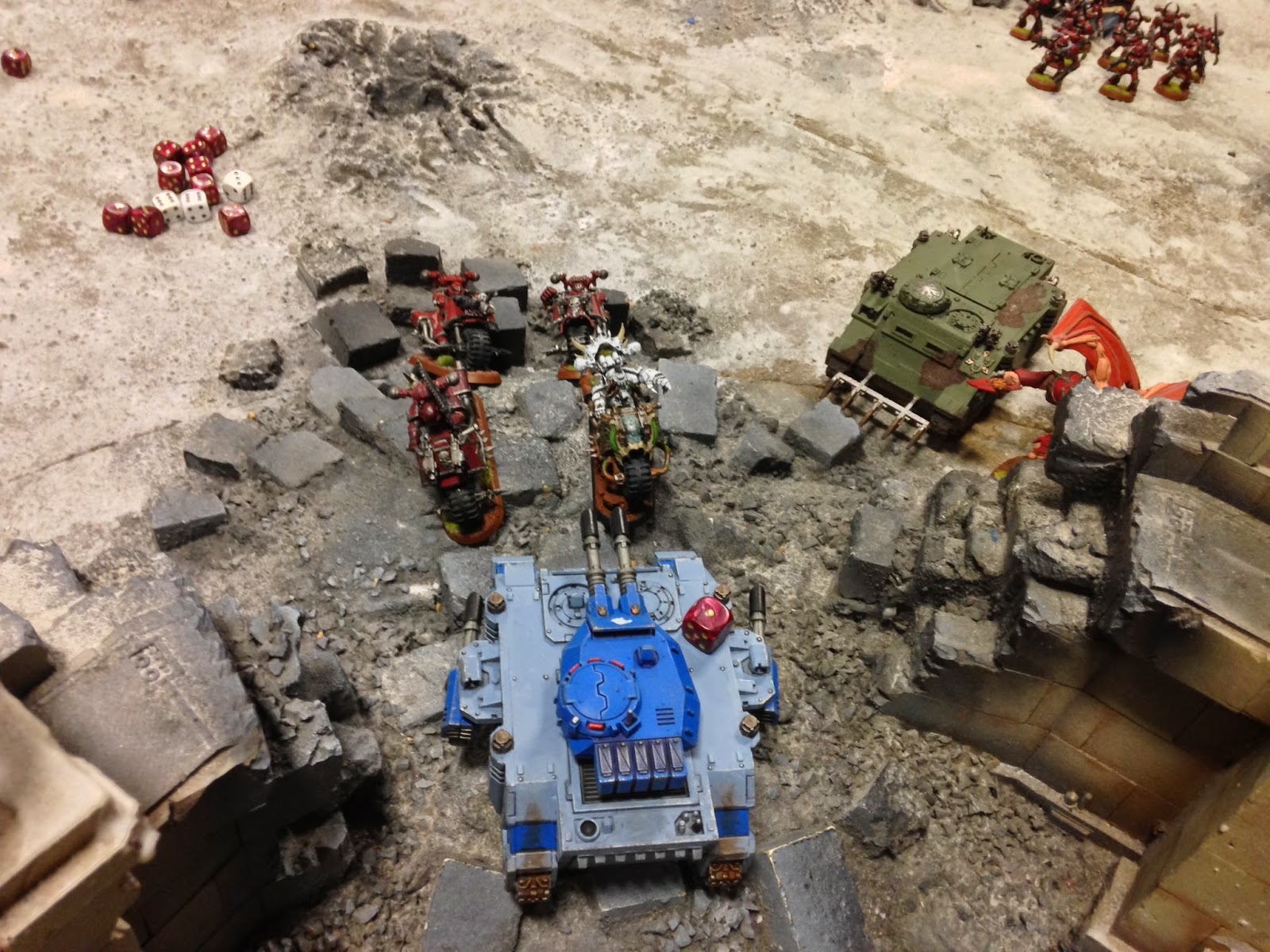 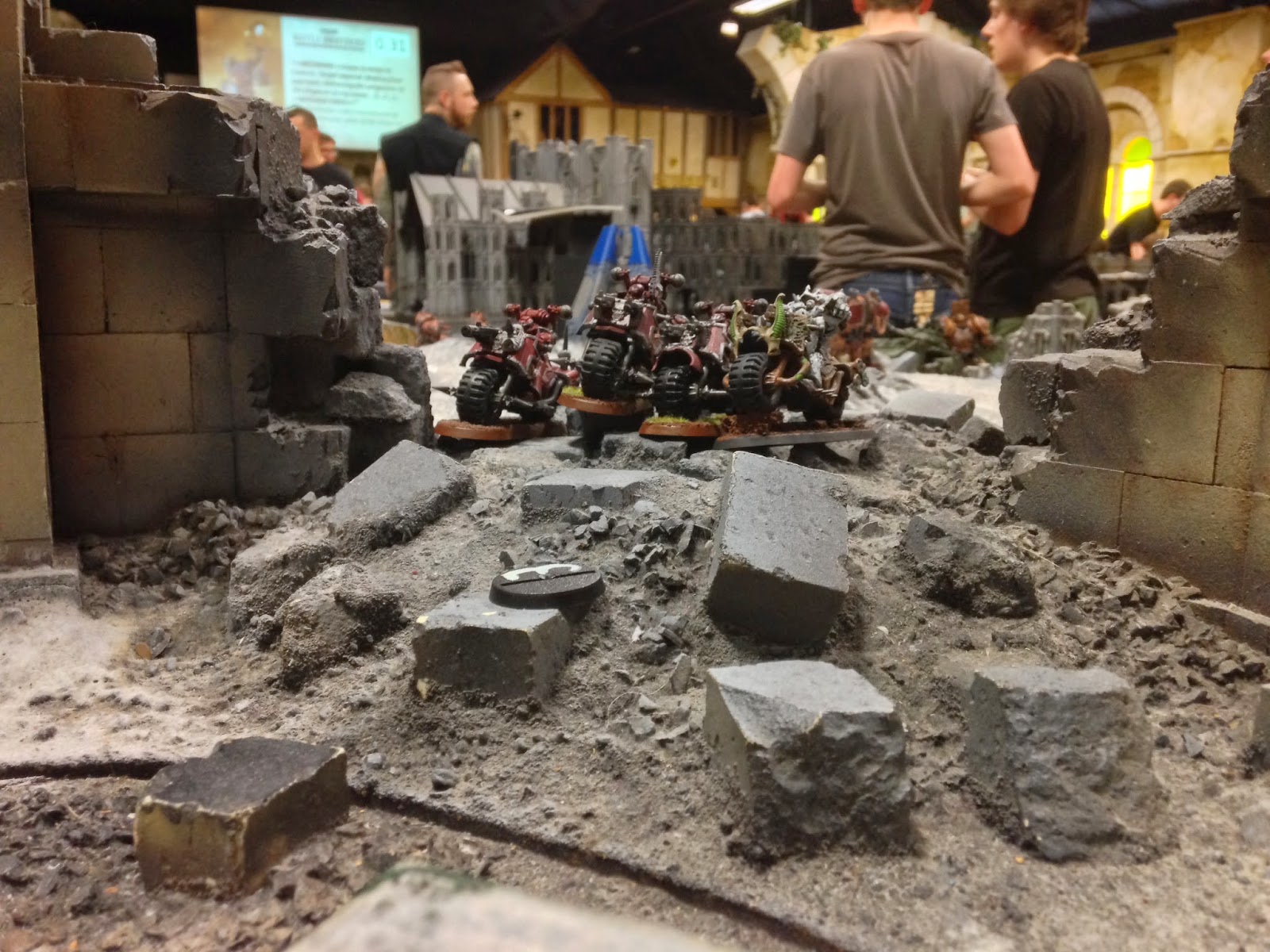 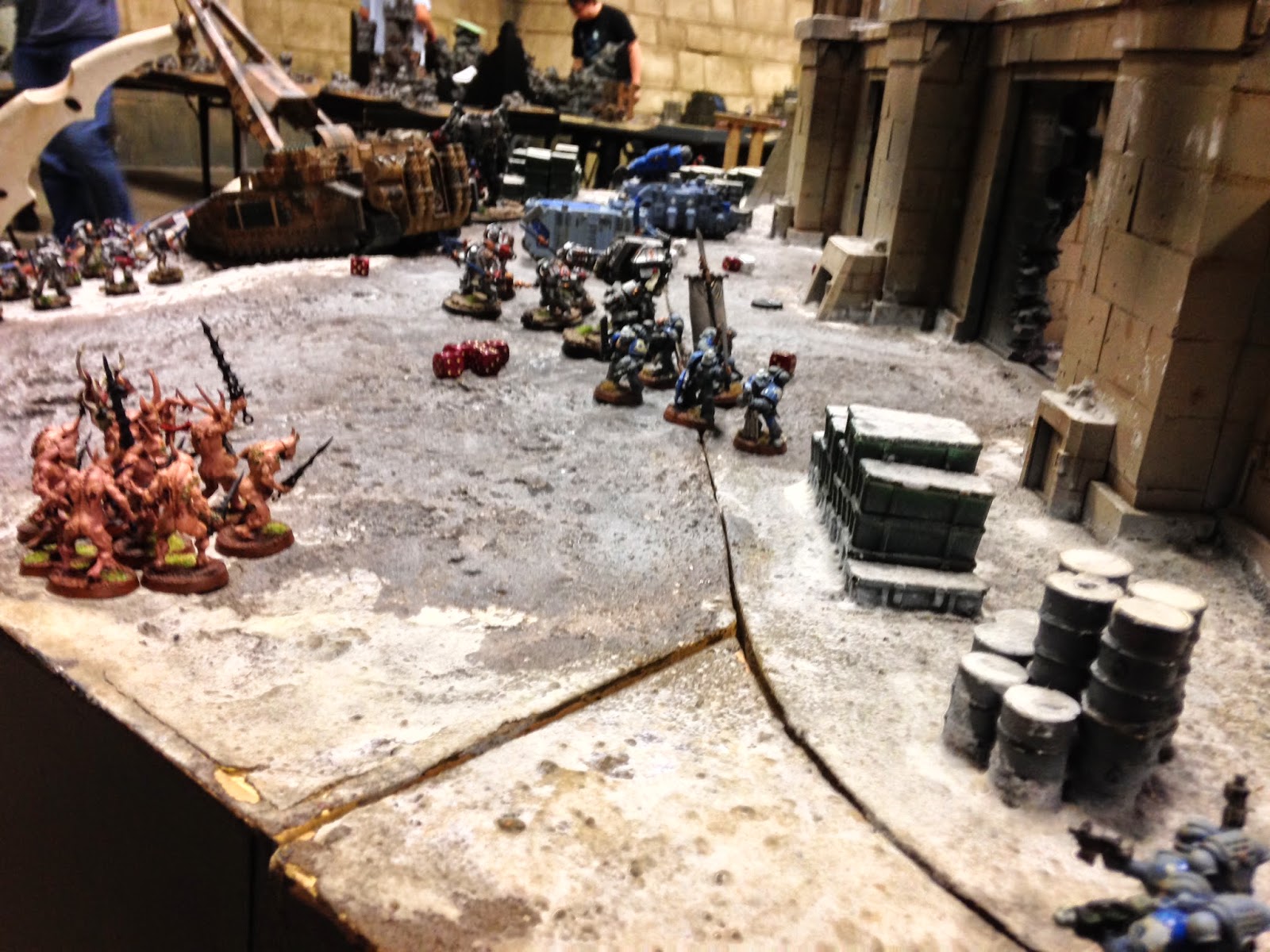 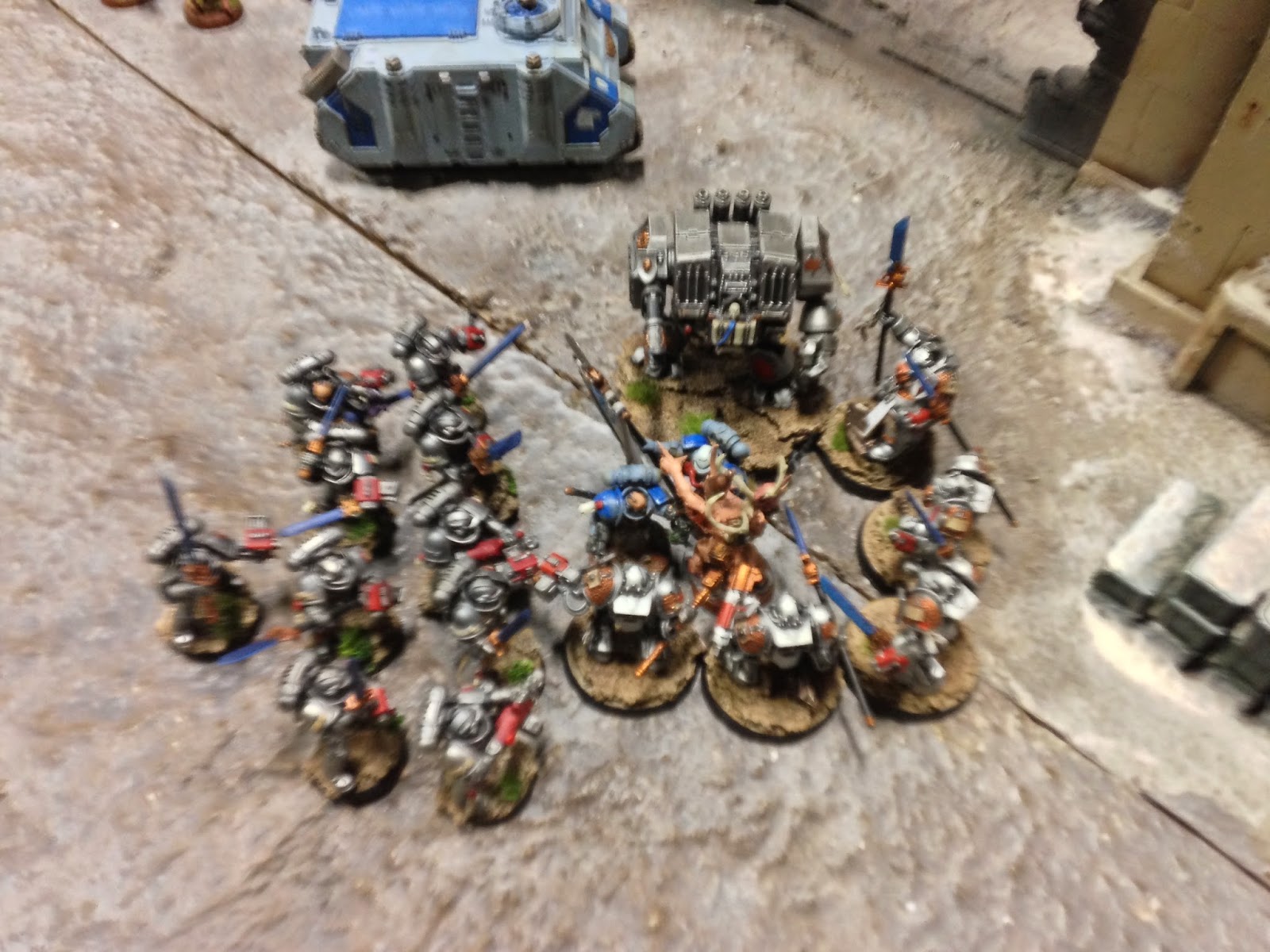 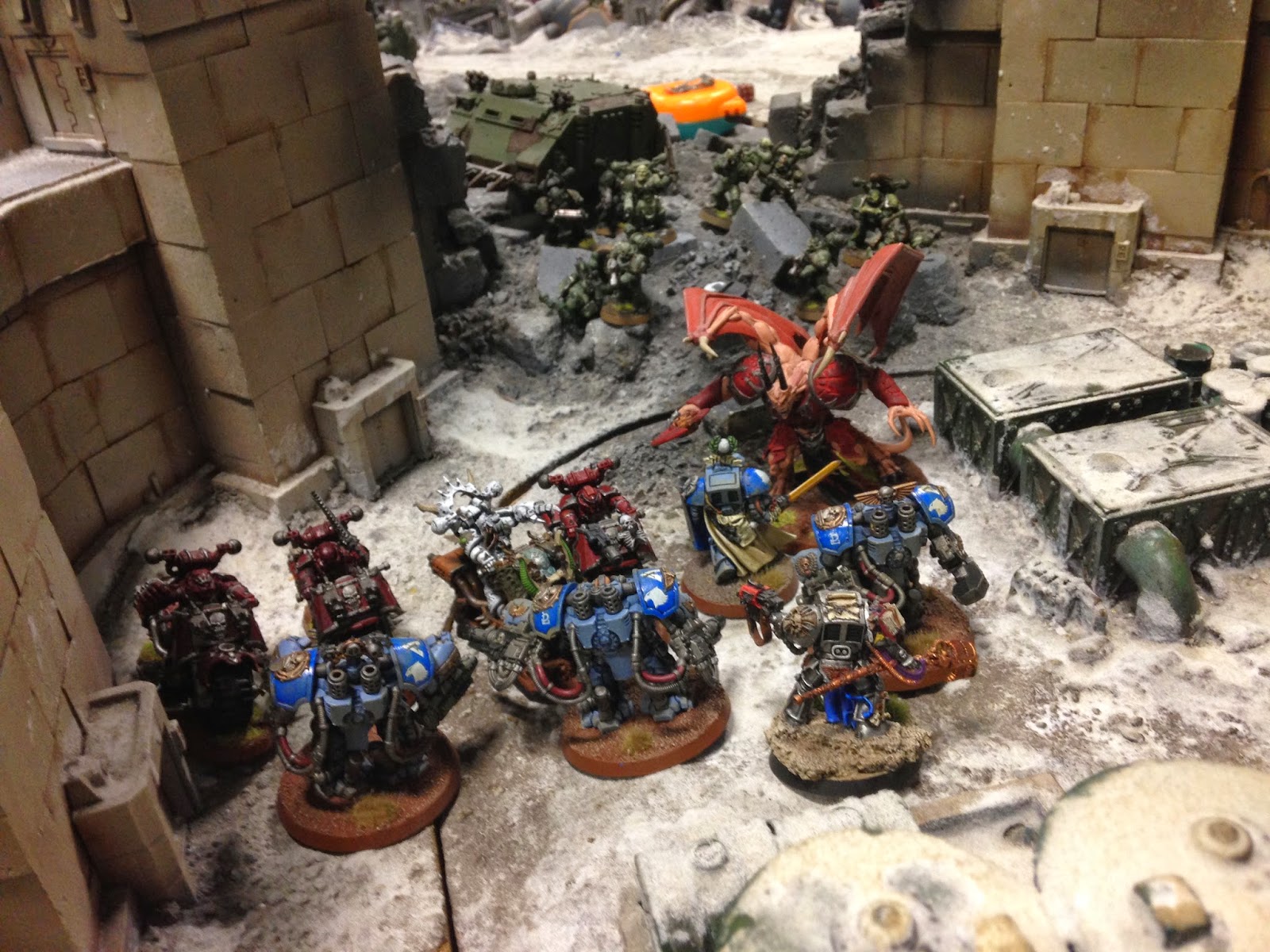 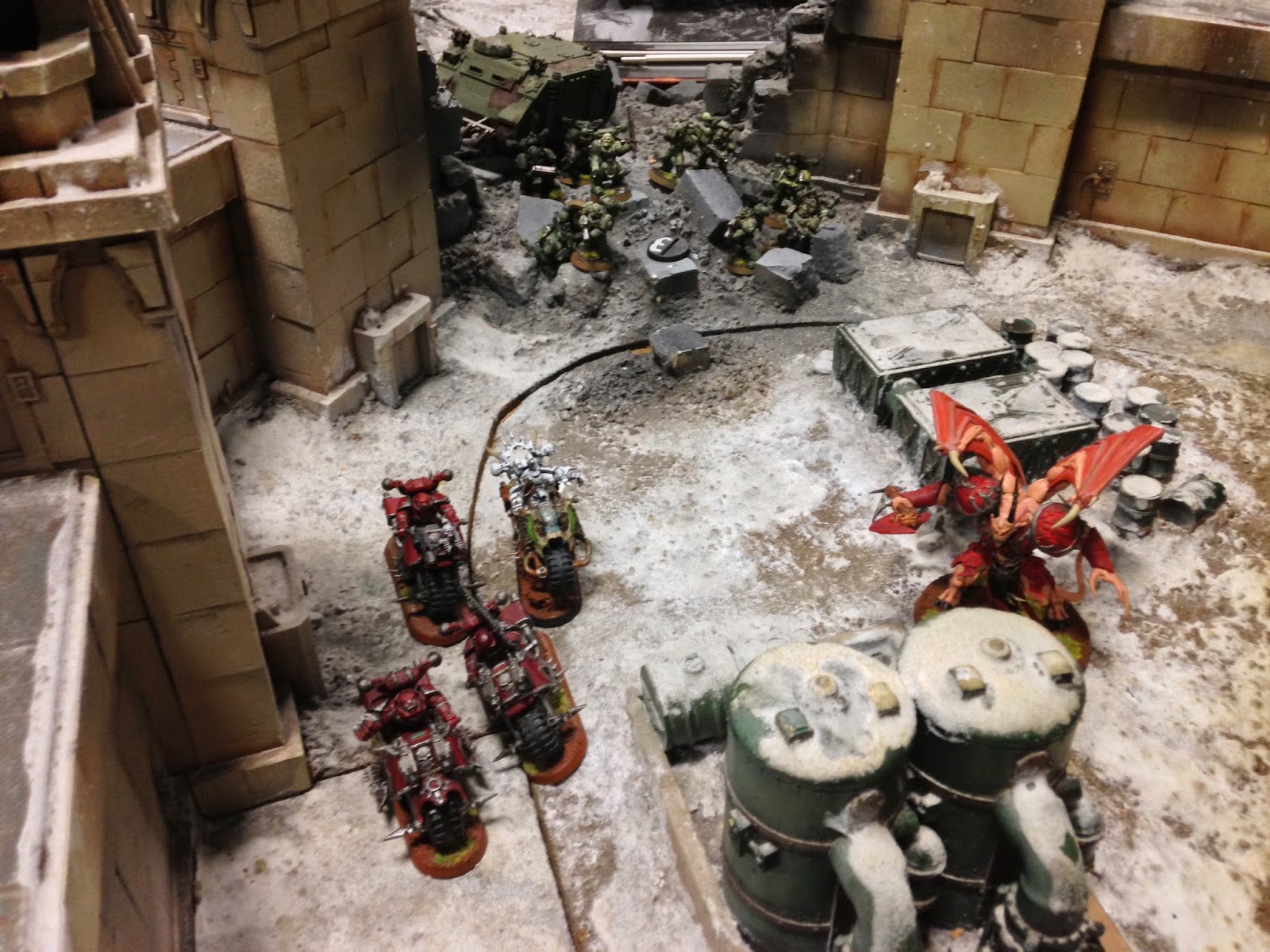 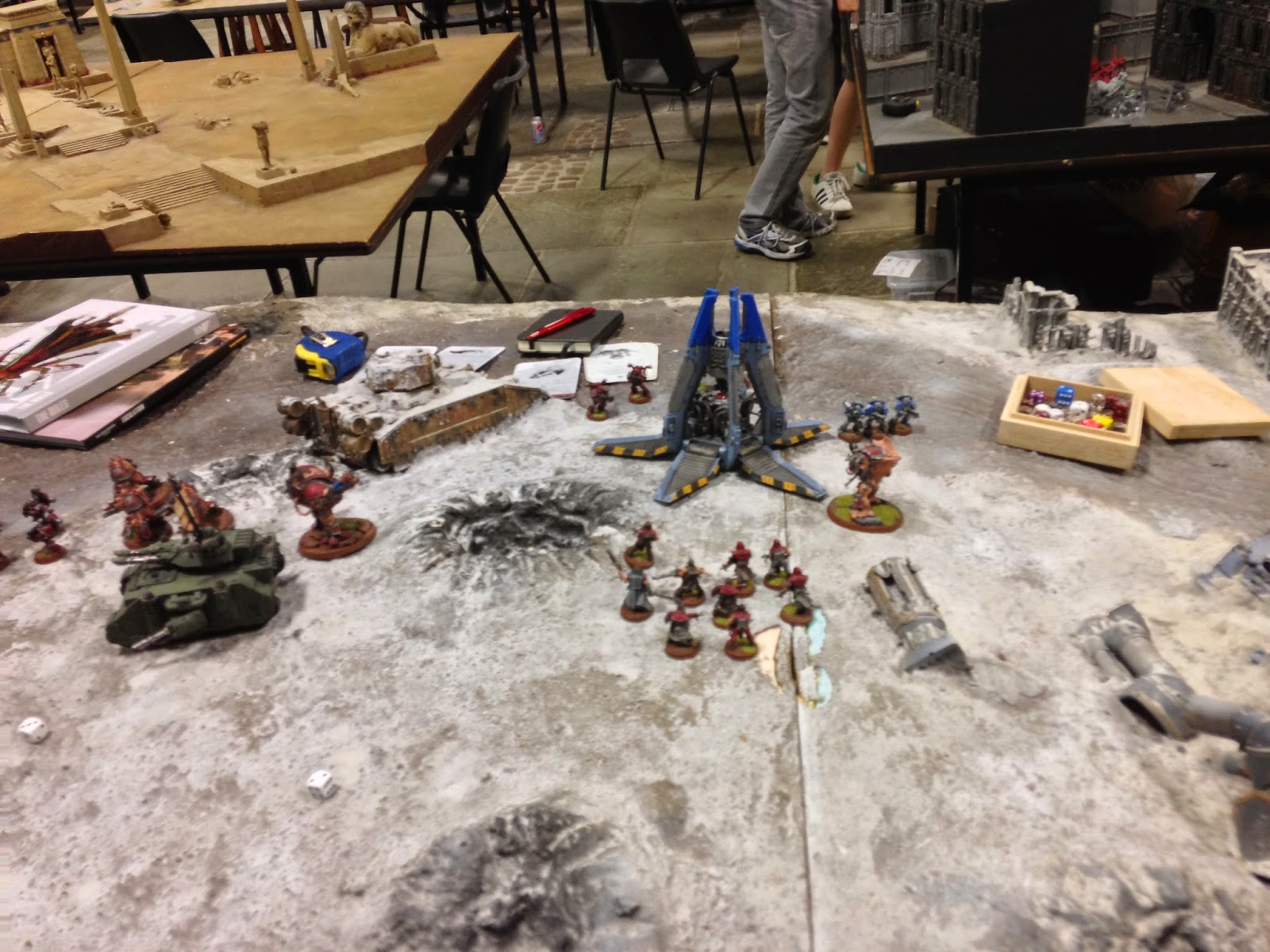 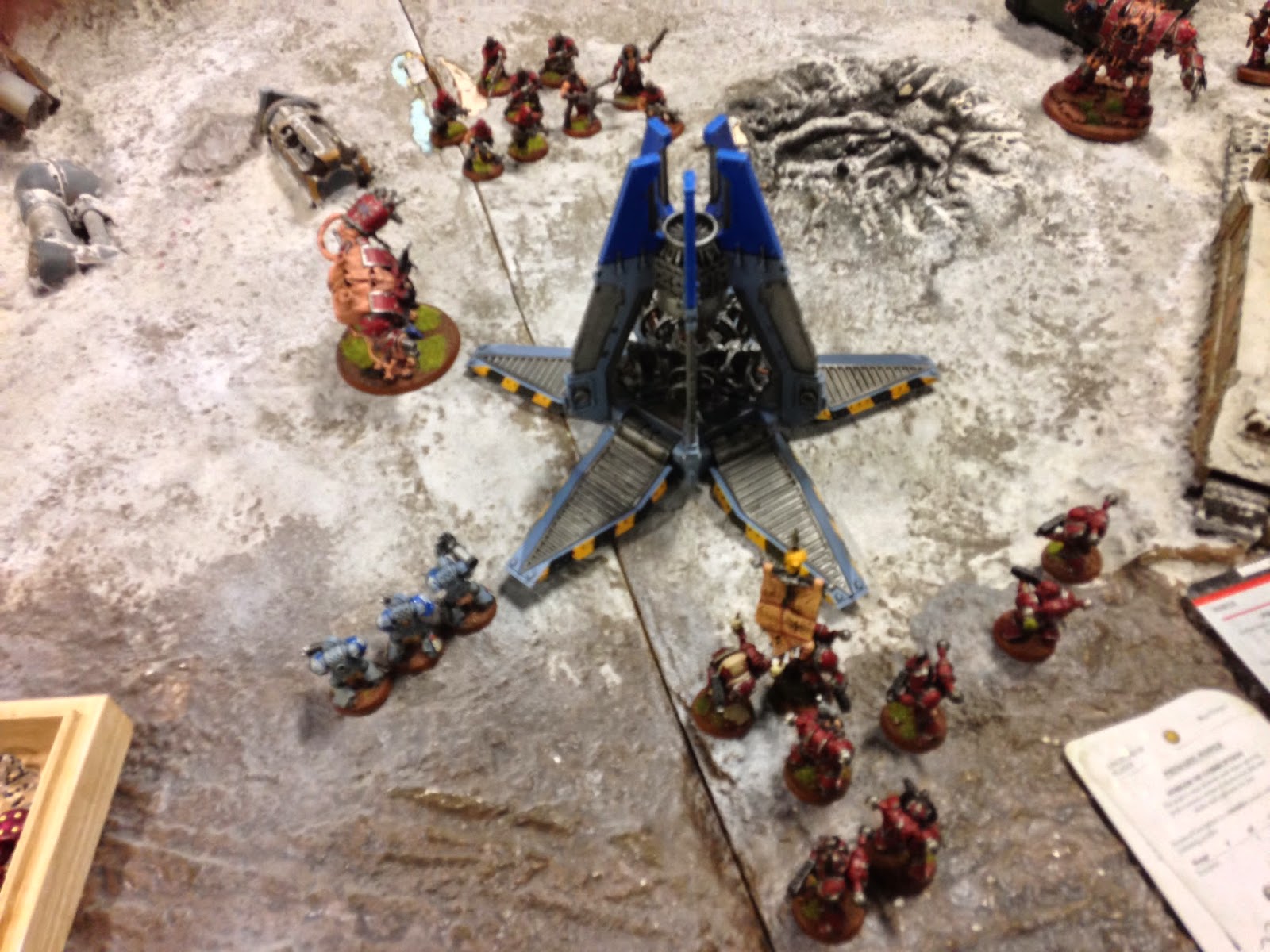 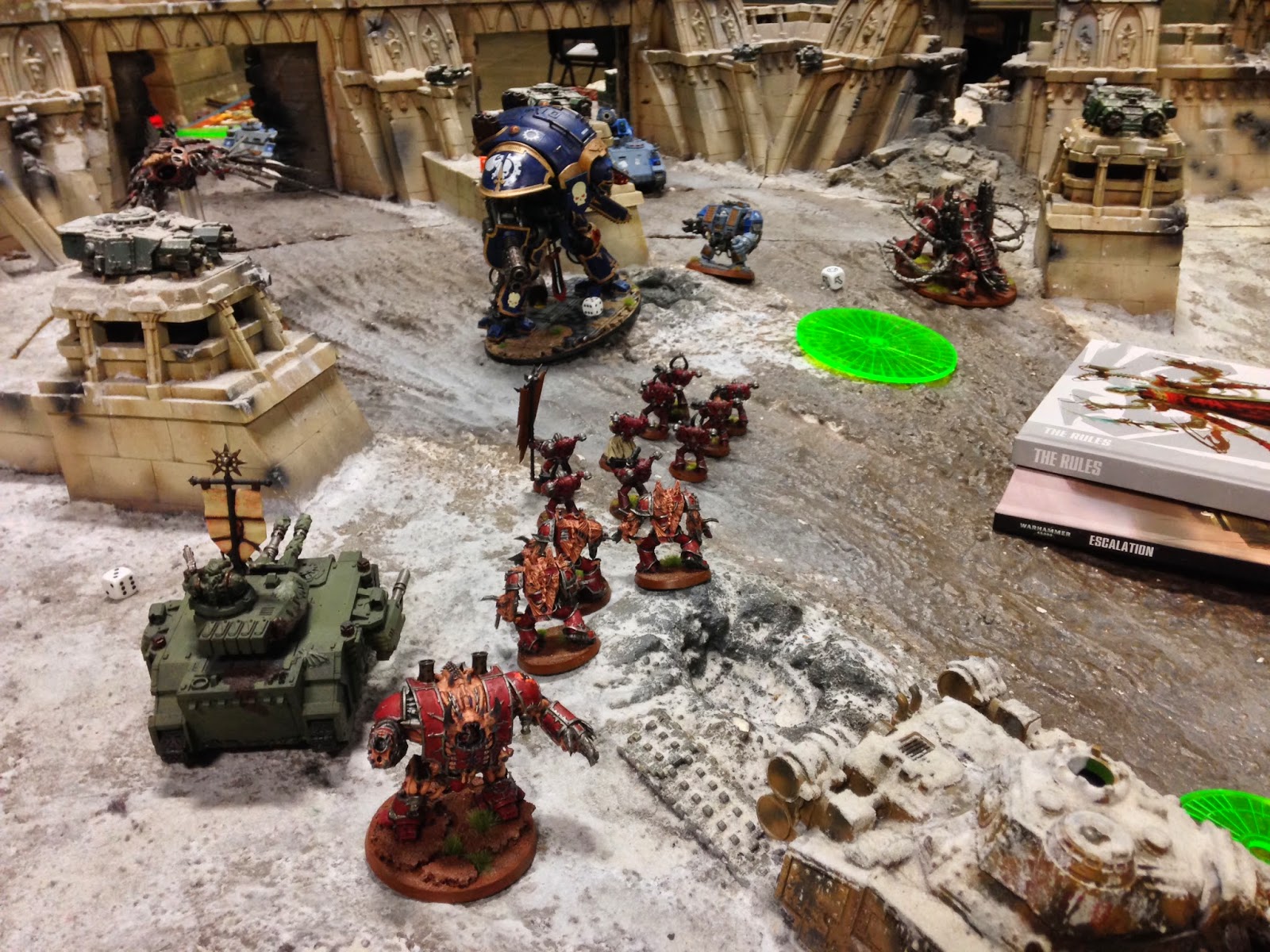 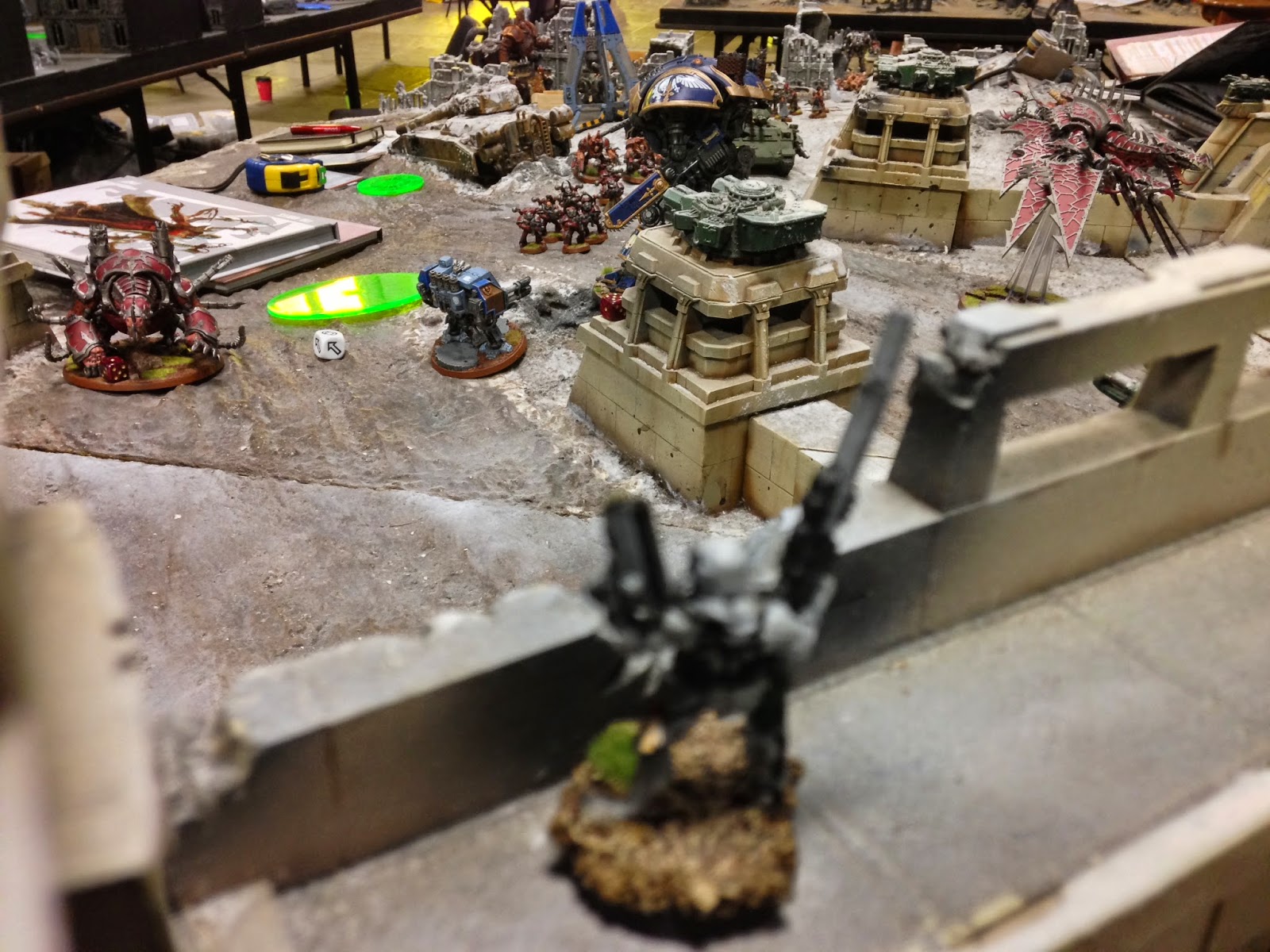 The battle was epic! It took us over 5 hours and resulted in a win to me... not that it mattered as it was an incredible amount of fun! My friend who I played is also a blogger and has written up his account of the battle over on his blog. Link Here (http://bobs40kblog.blogspot.co.uk/2014/07/road-trip-gaming-at-warhammer-world.html)
Email ThisBlogThis!Share to TwitterShare to FacebookShare to Pinterest
Labels: Battles, GW, warhammer world
Newer Post Older Post Home