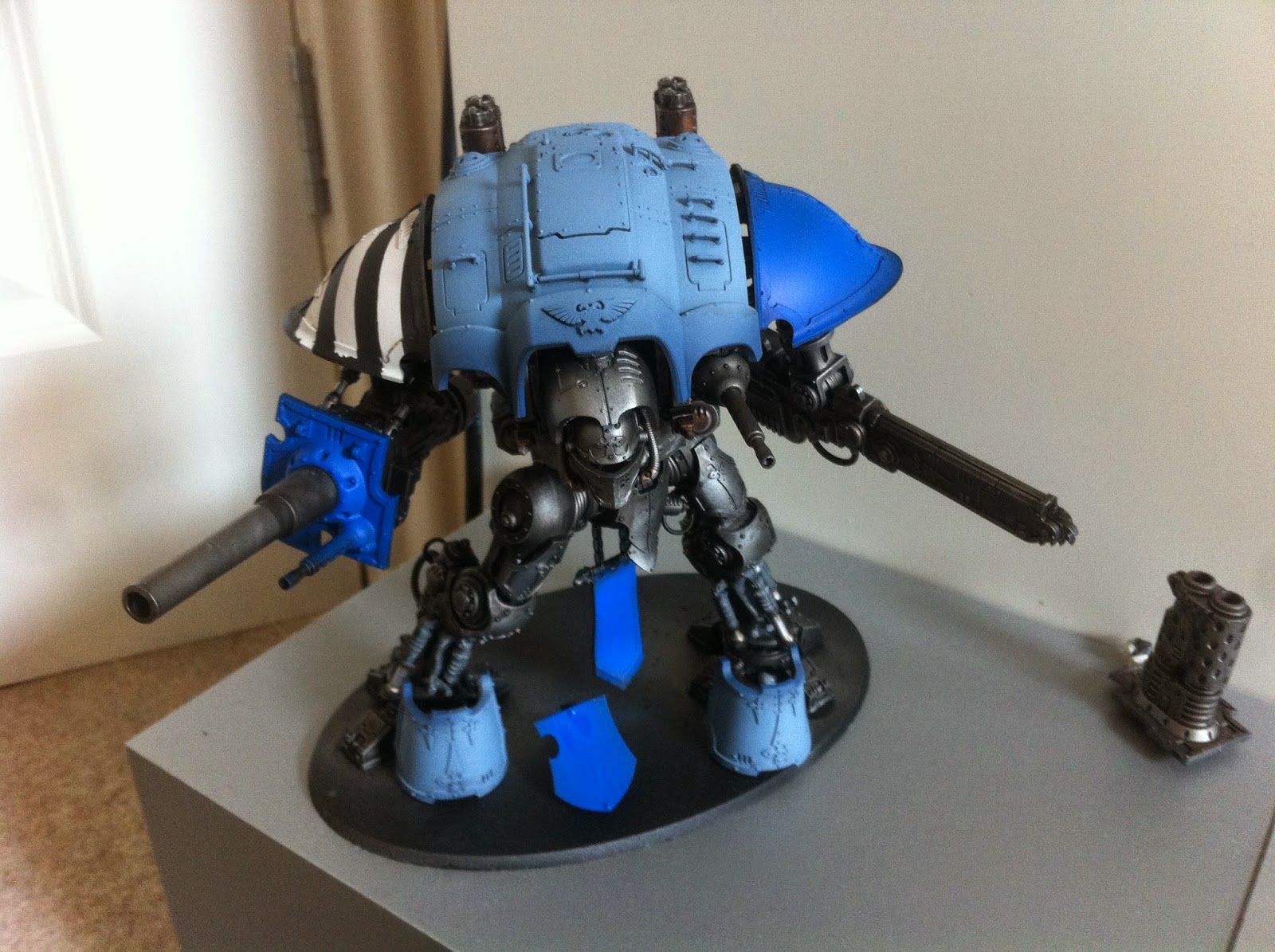 So, after seeing the below photo on Facebook I became intrigued with the idea of painting my Knight in my Space Marine chapter colours. Originally I wasn't a fan of this idea due to fluff reasons, however, the visual impression that the below photo had on me led me to question my choice. After lots of pondering I came up with a plan to pacify the fluff monkey in my head! 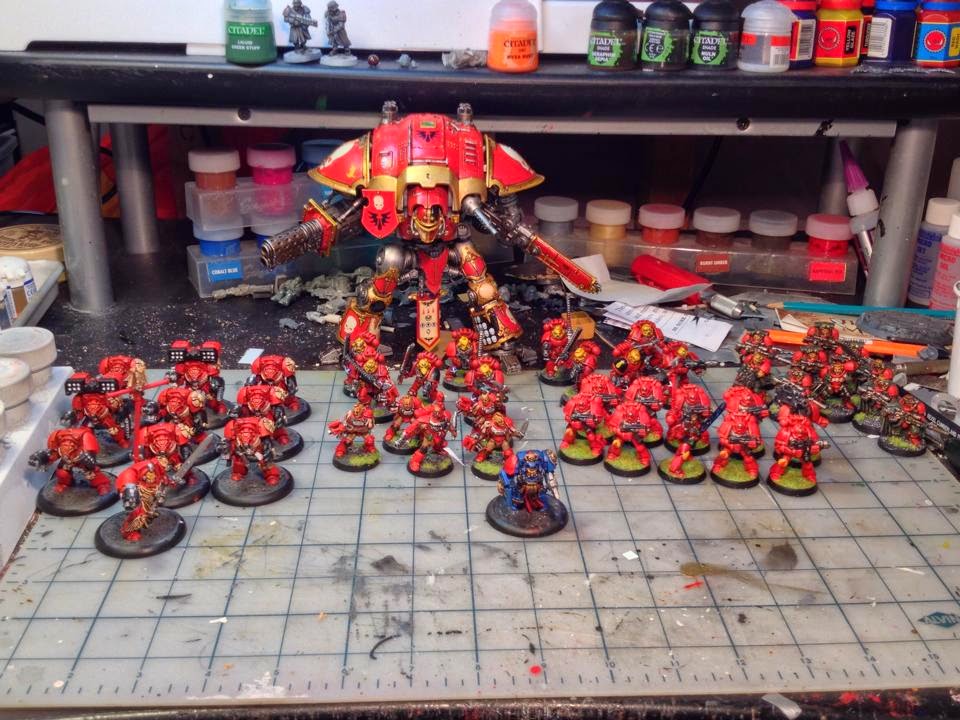 Some background info - my Marine chapter takes its name from the gaming community which I create and built over 4 years (Light Knights) until I moved away from PC/console gaming last year. I dreamt up the idea of creating the chapter whilst still part of the community and I had envisioned creating characters within the chapter based on prominent members of the community. My Lysander is the representation of me and is called Oane (my 'main' character name in MMOs). In order to link a noble Knightly house to my chapter I decided to create House Runninglight (this being Oanes family name). Very nerds and rather obscure I know; but these are the subtleties to the hobby which a lot of us love.

So yeah, I am now painting the Knight in my marine chapter colours along with some funky hazard lines and the addition of deep red armour sections for the Imperial Aquilla. He is coming along great and cant wait to show you guys more!